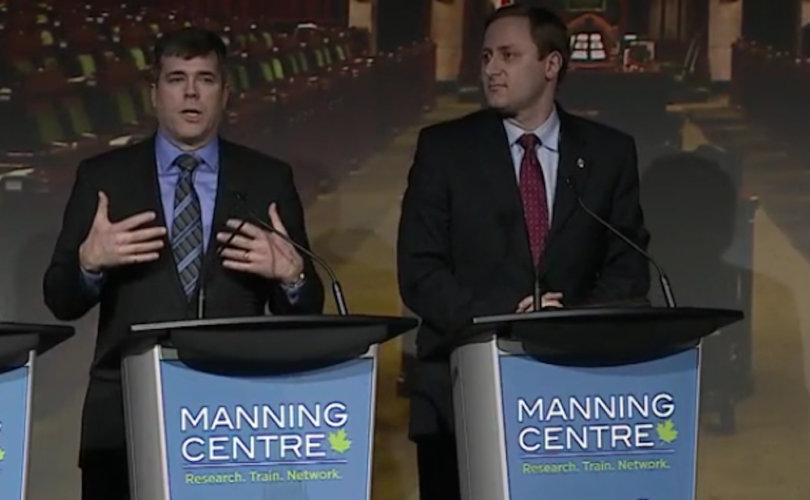 Trudeau announced on International Women’s Day that his government will spend the $650 million over three years “to address gaps in sexual and reproductive health and rights in the world’s poorest and most vulnerable communities.”

Women around the world “are denied legal control over their bodies and reproductive health,” he said. “That is why we will continue to place gender equality and rights, and the empowerment of women and girls, at the heart of our international development work.”

“Justin Trudeau is a cultural imperialist who is engaging in the new colonialism of pushing a radical leftist world view agenda by way of Canadian foreign policy,” said Trost, MP for Saskatoon-University, in a March 8 press release.

“I am opposed to the Liberals exporting abortion services,” said former Ontario MP Lemieux in an email statement provided to LifeSiteNews.

“Two funding announcements for more abortions overseas in one week — while our country swims in debt — shows how out of touch the Liberals are with Canadian priorities.”

The Dutch government launched She Decides after U.S. President Donald Trump reinstated the Mexico City Policy. It denies American funding to agencies that promote or provide abortion outside the United States.

But as Trost pointed out in a Monday press release, it’s not “widely known” that She Decides funds are “earmarked to go to the International Planned Parenthood Federation (IPPF), Marie Stopes International, UNFPA (The United Nations Population Fund), IPAS and PSI.

Each of these groups “promotes abortion among vulnerable women in rural Africa” even though they “do not have access to even basic healthcare to address any complications from abortions these agencies perform.”

Trudeau “is making it clear that his agenda is not better healthcare or maternal health in developing countries,” Trost reiterated Thursday.

“Justin’s agenda is to promote abortion, not healthcare, even in countries where abortion is illegal and is not supported by people who live in these countries.”

Trost called on Trudeau to cancel the fund and urged “all Conservative leadership candidates to defend the Harper Government legacy of promoting maternal health.”

The Harper Conservatives excluded abortion funding as part of their Maternal Health Initiative.

The backbench MP Trost spearheaded an initiative to stop Canadian funding to IPPF in 2009 and 2010. The funding was reinstated in 2011, but in 2013 the Conservatives again cancelled funding to IPPF and any agency that promoted or provided abortion in developing countries.

Lemieux had earlier slammed Conservatives for their silence on the Liberals’ decision to contribute $20 million to She Decides.

“I recognize that there are differences of opinions on topics like abortion, but this announcement should raise many concerns,” he said in March 5 message to supporters.

“As the Official Opposition, our Party needs to speak up and hold the Liberals to account – and we must be fearless in speaking out on sensitive topics,” Lemieux said.

“When life issues are ‘out of bounds’ for us as Conservatives, the Liberals are able to implement their agenda without any accountability or challenge,” he added.

“The Liberals don’t run from life issues. Why should we?”

But aside from Lemieux and Trost, no other Tory leadership candidate has yet protested the Liberals’ aggressive overseas abortion agenda, says Jack Fonseca, senior political strategist with Campaign Life Coalition.

“If Trost and Lemieux are the only Conservative leadership candidates who speak out against sending our hard-earned tax dollars to pay for foreign abortions, let it stand as further proof that the rest of them are not fit to lead a truly ‘conservative’ party. They won’t even conserve your money,” he told LifeSiteNews.

“We believe the majority of Canadians, if given a choice, do not want to fund the killing of babies in foreign countries,” Fonseca said.

“They would prefer that any international aid be given to non-controversial items such as medicine, clean water, mosquito nets, prenatal, and postnatal care, all of which are key to saving lives in developing countries.”

“It’s really unfortunate, and actually astonishing, that the other Conservative candidates aren’t going after the Liberals on this. I can only guess they’re blinded by fear of anything that looks like a social conservative issue,” Gunnarson said.

“This is a leadership contest. Who will step up and lead the charge against the promotion of killing babies in the womb? Pierre Lemieux and Brad Trost. That’s who,” he added.

The deadline to join the party and be eligible to vote is March 28.

For details on how to join the CPC and/or support Trost or Lemieux, go to CLC website’s here.