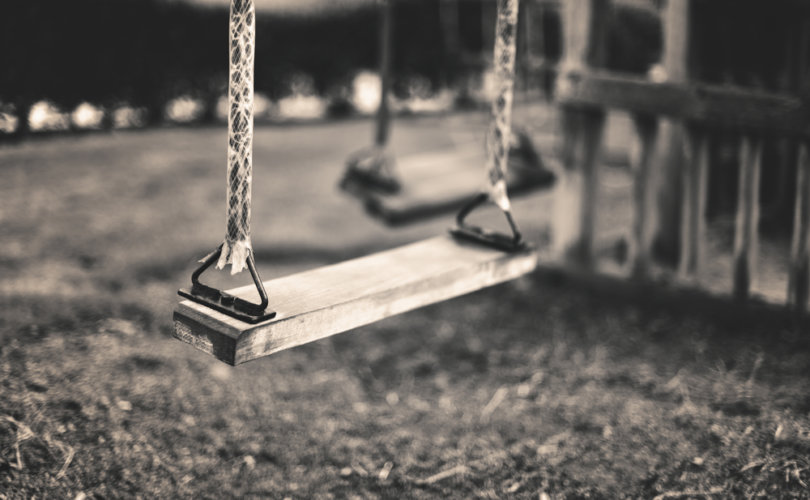 TORONTO, January 25, 2017 (LifeSiteNews) — Ontario’s governing Liberal Party has proposed a bill claiming to protect children that critics say actually gives the state more power to seize them from their families.

The changes could be used to enforce gender ideology in the home, pro-family critics are warning.

“The totalitarianism embedded in this bill is breathtaking,” says Campaign Life Coalition vice president Jeff Gunnarson. “These are gestapo-like tactics, and I can’t believe we’re witnessing it unfold in the legislature that’s supposed to represent us.”

If passed, it will completely repeal and replace the existing Child and Family Services Act, which governs Child Protection Services, Foster Care Services, and adoption and foster care services.

The bill adds “gender identity” and “gender expression” to what is considered “in the best interests of the child,” noted John Sikkema, a lawyer with the Association for Reformed Political Action (ARPA) Canada.

At the same time, it deletes the religious faith in which the parents are raising the child as a factor to be considered, and replaces that with “creed.”

Bill 89 mandates that child protection services consider the “child’s creed” — or whatever the child tells a Children’s Aid Society (CAS) worker their creed is or isn’t — not the religion in which the parents are instructing the child, according to ARPA’s analysis.

It retains the provision in the current law that a child who is suffering or “at risk of suffering” mental or emotional harm and whose parents do not provide “treatment or access to treatment” is need of protection under the law.

But while the current law says the Children’s Aid Society should take the “least disruptive course of action,” Bill 89 adds “including the provision of prevention services, early intervention services and community support services,” ARPA notes.

That “implies that Children’s Aid Society intervention should not be presumed to be more disruptive than non-intervention,” points out Sikkema.

So “you can imagine a situation where, say, a child’s teacher suspects that a child is gender questioning or something and they’re not being supported in that,” said Sikkema.

In such a case, a teacher would “actually have a duty to report certain things to a Children’s Aid Society who would look into it further.”

Added Sikkema: “We may be seeing a shift towards essentially enforcing gender ideology in families.”

Parents who are seeking to adopt or foster but who oppose gender theory and gender expression could be ruled out as not providing a home in the best interests of the child, noted Sikkema.

“This Liberal government is actually telling Canadians who don’t believe in the theory of gender identity or the gay lifestyle: ‘You are unfit to be parents. You are second class citizens who must banned from adopting children’,” Gunnarson, himself an adoptive father, told LifeSiteNews.

“The premise that banning traditionally principled Canadians from becoming parents is in the children’s best interests is a lie that must be exposed,” added Gunnarson.

“Coming into a family’s home and seizing their children because of the parents’ religious beliefs about the nature of human sexuality does not promote the well being of children,” he said.

Lesbian premier ‘thinks the state should be in control of children’

“Child. Family. Whenever the Kathleen Wynne government mentions these words, my parental rights radar goes into overdrive,” wrote Granic-Allen in a newsletter to supporters.

With Bill 89, Wynne “is attempting to erode parental authority over their children once more,” added the mother of four.

If Bill 89 passes, “the state can move in and take the child away in the ‘best interest of the child’ and the best interests includes gender ideology,” Landolt, a lawyer, told LifeSiteNews.

Landolt, who was on a Children’s Aid Society board for 11 years, said under current legislation, the religion of the parents is “paramount” in decisions made by child protection services.

With Bill 89, that’s “being waived, and the minister can make these decisions,” she said. That could included a decision to grant a child’s request for an abortion, or assisted suicide.

“What you’ve got is government controlling the family,” Landolt observed.

The bill “is a reflection of the lesbian premier” Kathleen Wynne “who doesn’t think much of the family, who thinks the state should be in control of children, with her sex education,” she said.

“It’s a reflection of her ideology, but not that of the rank and file parents.”

Lawyer Geoff Cauchi says that further restricting the scope of  parents’ retained rights to direct the education and religious upbringing of a child in care in accordance with their own beliefs — as Bill 89 d0es — would be an unprecedented rejection of Canada’s common law and Charter standards.

Cauchi also served as a director of his local Children’s Aid Society for twelve years, including one as President.

The Supreme Court has long held that the Charter rights to freedom of religion and security of the person include a parent’s “fundamental rights to direct and control his or her child’s education and transmit, to the best of one’s ability… the parent’s own religious beliefs to such children, even if such children resist such efforts.”

The parents have the right to do so “without being undermined in this effort by undue interference from the state or its agents,” Cauchi told LifeSiteNews.

The Supreme Court also holds this fundamental right is included in the “common law right to custody of one’s own dependent children,” he added.

Under Ontario’s current law the parents of a child in care after a court-approved apprehension of the child retain the right “to direct the child’s education and religious upbringing”, unless the Judge orders otherwise.

This means that the “default situation” is that parents retain their right to “direct” in a way that is in accordance with their own religious beliefs.

Bill 89 states instead that, in ordinary circumstances parents of a child in care retain the right “to direct the child or young person’s education and upbringing,” but only if those efforts are “in accordance with the child’s or young person’s creed, community identity and cultural identity,”  he said.

Cauchi thinks Bill 89 will not withstand a Charter challenge.

“I am no fan of our courts’ current demonstrated antipathy towards people of faith, but I am confident that any reasonable court would, at the very least, summarily strike down this provision as unconstitutional,” wrote Cauchi.

“Our Ontario government has been corrupted and captured by gender theory ideologues whose hatred of people of faith knows no bounds,” he added.

Bill 89 will be up for second reading debate when Queen’s Park resumes sitting on February 21.

Pro-family leaders are urging supporters to contact Michael Coteau, Ministry of Children and Youth Services, and their MPPs to oppose the bill.

Correction: The original version incorrectly stated that Bill 89 expanded the definition of a child in need of protection under the law to include one suffering or “at risk of suffering” mental or emotional harm and whose parents do not provide “treatment or access to treatment.” However, this provision is in current law.

1
Mark Houck acquitted on both charges in major pro-life victory
2
Pope Francis says ‘circumstances’ may ‘eliminate fault’ of sodomy in letter to Fr. James Martin
3
MIT analytics expert calls for end to mRNA COVID shots: ‘No other ethical or scientific choice’
4
Turning of the tide? The COVID narrative has finally begun to collapse in on itself
5
‘Obviously a demon’: Creepy pro-abortion statue placed on top of New York City courthouse
Subscribe to Daily Headlines »