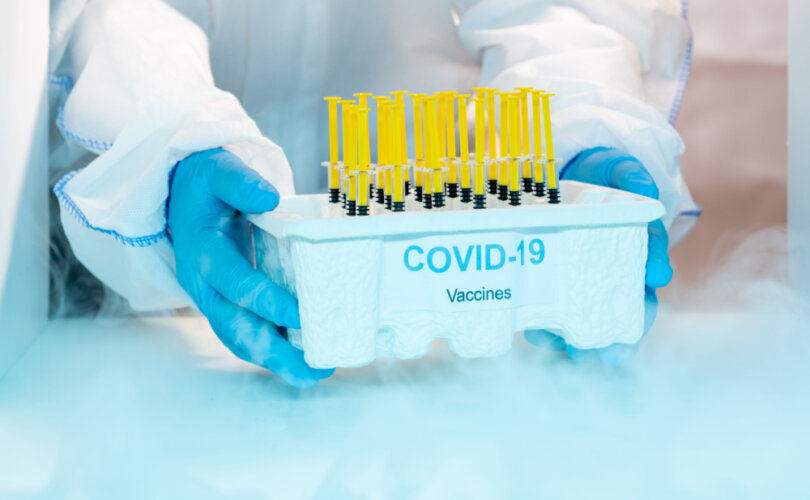 Editor’s Note: This article is the third of a series on the role of the U.S. government in orchestrating a bioterrorism attack upon their own citizens utilizing “biowarfare agents” marketed as “COVID-19 vaccines.” The prior two articles can be accessed here and here.

(LifeSiteNews) — Former pharmaceutical executive and researcher Alexandra “Sasha” Latypova has laid out compelling arguments for why the “cartel” that orchestrated the dissemination and uptake of “biowarfare agents” — marketed as “COVID-19 vaccines” — operated with “very clear intent to harm” and to execute a “mass genocide of Americans.”

Latypova worked more than 25 years in the pharmaceutical industry specializing in research and development, including data analysis, clinical trials, and technologies, while also co-founding multiple research organizations before retiring at a relatively young age.

Having been alarmed by government policy during the COVID crisis, she began conducting several levels of investigation that most recently revealed how the COVID-19 “vaccines” were fully produced, controlled and distributed by the U.S. Department of Defense (DoD) with pharmaceutical manufacturers such as Pfizer, Moderna, and Janssen only serving as “figureheads” in a broader public relations campaign to provide the product with an appearance of medical legitimacy.

As Latypova has explained, the DoD managed to classify these “vaccines,” not as medicines or pharmaceuticals but as “COVID countermeasures” under the authority of the military, which means they are not required to comply with U.S. law governing the manufacturing quality, testing, effectiveness, safety, and labeling of medical products.

Yet while such laws did not apply to these “COVID-19 vaccines,” the government advanced an orchestrated public relations façade that standard testing, monitoring and approval processes were being strictly observed by the CDC and FDA, even as many thousands of injuries and deaths had been steadily documented and independent medical experts and media sounded alarms only to be canceled my legacy and social media corporations.

In an early December video lecture, the former pharma executive laid out evidence for how the DoD, HHS, and other U.S. government agencies, along with other governments and pharmaceutical companies, were involved in “a conspiracy to commit mass murder through bioterrorism and informational warfare operations worldwide.”

“The evidence is overwhelming that there is an intent to harm people by the COVID 19 injections, so-called ‘vaccines,’ and other nonsensical COVID response measures implemented in lockstep by governments all over the world,” she explained.

First, such intent is indicated by the fact that “these injections are toxic by design,” Latypova said. “We know this. There has been an extensive body of literature, studies, scientific discussions, [and] evidence published on this matter.”

“There are numerous mechanisms of injury built into the COVID 19 injections. The most important one being that these shots are designed to make your cells attack themselves, make your cells express antigens that are toxic spike proteins, and then create antibodies to attack the cells. So, it trains your body to destroy itself,” she explained.

Therefore, “there is definitely no safety in these shots,” the analyst said, referring to the well-known death and injury reports from VAERS and other data sources that show “millions of reports of injury, deaths, [and] permanent disabilities,” including these harms being inflicted on many children and young people.

In an earlier presentation to the Corona Investigative Committee (CIC), Latypova called these reports “absolutely alarming,” emphasizing that the safety signals were “obvious from the start.” And the fact that “no health authority ever noticed it” or intervened “points to an intentional act” to inflict harm.

She also highlighted one incident on January 18, 2021 when California health officials “paused” the use of one large lot of the injections from Moderna due to its “higher-than-usual number of possible allergic reactions.” However, just three days later, health authorities said it was “safe to resume” the use of the lot and these products continued to be injected in thousands of people across the U.S.

This batch of biological agents went on to generate “about 1,000 serious adverse events and close to 60 deaths,” Latypova explained. And thus, “all of those [deaths and injuries] should be deemed intentional because the authorities did flag it. They did find that it was generating abnormal adverse events, yet nobody did anything to stop it and they continued pushing it into people.”

The broad, systematic omission of safety standards in production indicates an intent to harm

In addition, “there is no efficacy in these shots,” Latypova explained in December. “In fact, we know there is negative efficacy, meaning that these shots make you more likely to get sick and die.”

And just before Christmas, Alex Berenson reported on two studies that showed those who received the shots “are at least twice as likely to be infected with the coronavirus as unvaccinated people,” and “the risk actually rises with the number of shots. People who had received three or more shots were more than three times as likely to be infected.”

Such a broad, systematic omission of safety standards in production indicates an intent to harm by the perpetrators as well, the former executive told CIC. If these individuals, government agencies and pharmaceutical companies had a legitimate medicinal intention to assist in the prevention of disease, then “the safety guidelines should [have been] followed, and they don’t follow a single one of them.”

Govt. ‘lying,’ ‘covering up,’ and ‘gaslighting,’ demonstrates a ‘very clear intent to harm’

“There is obviously malignant policy from the government. We know that they’re lying. We know that they’re covering up. They’re gaslighting the families of those killed and injured by these shots,” Latypova summarized. And thus, this demonstrates a “very clear intent to harm through all these actions. And at this point, everything should be deemed intentional. All of the injury and death toll, should be deemed completely intentional.”

“We found that these products are dirty, contaminated, do not conform at all to what the label says. And they’re hugely toxic by design,” she said.

Dr. McCullough: NFL player’s cardiac arrest may have been caused by ‘vaccine-induced myocarditis’