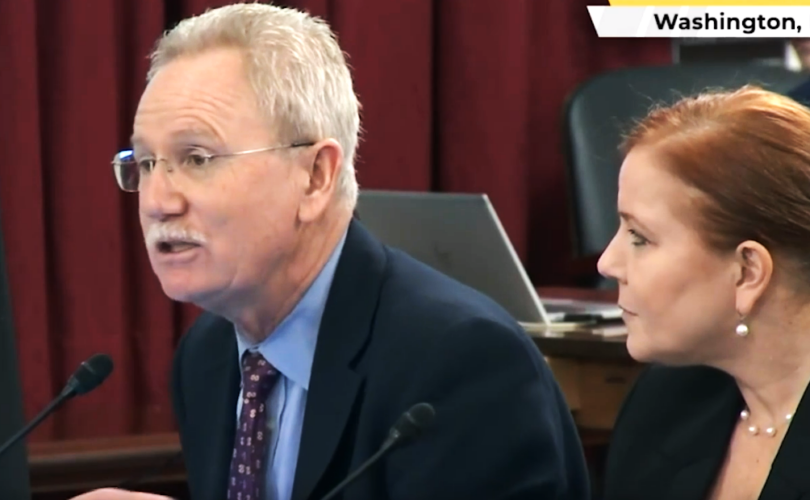 (LifeSiteNews) – As part of his testimony at newly re-elected U.S. Sen. Ron Johnson’s COVID jab roundtable, Dr. Kirk Milhoan told those in attendance that, according to a study from Thailand, 2.4% of adolescent boys who received the Pfizer shot “demonstrated myocardial injury.”

In addition, according to a recent Lancet study that investigated the effect of jab-induced myocarditis on kids, “151 kids who had an MRI at 90 days, 81 of them still had damage to their heart.”

Milhoan expressed his opinion that young people, especially young males, were put at greater risk from the jab than from a COVID-associated illness.

Referencing studies that used CDC estimates, he stated that even if CDC estimates were taken at face value, when those estimates were compared with studies showing the full risk of jab-induced heart problems, that the jab posed a greater risk of sending a young person to the hospital than COVID.

He went on to say that “other studies have shown Pfizer could cause 126 cases of myocarditis per million.”

He also challenged the notion of public health officials agreeing that myocarditis is caused by the jab but saying “it’s mild.”

Milhoan said that he has treated “thousands of patients” throughout his career who have had myocarditis and even a diagnosis is labeled as a mild myocarditis case, “no parent ever thinks that their child being in a pediatric ICU is mild.”

Becoming emotional, he concluded his testimony by advocating for young people and young soldiers in light of vaccine mandates.

“For our healthy children and the majority of our war fighters, the data show that the risk for myocarditis is greater than the benefit of the vaccine products. As a physician who is bound to do no harm, my opinion is that we should not mandate harm,” he said.