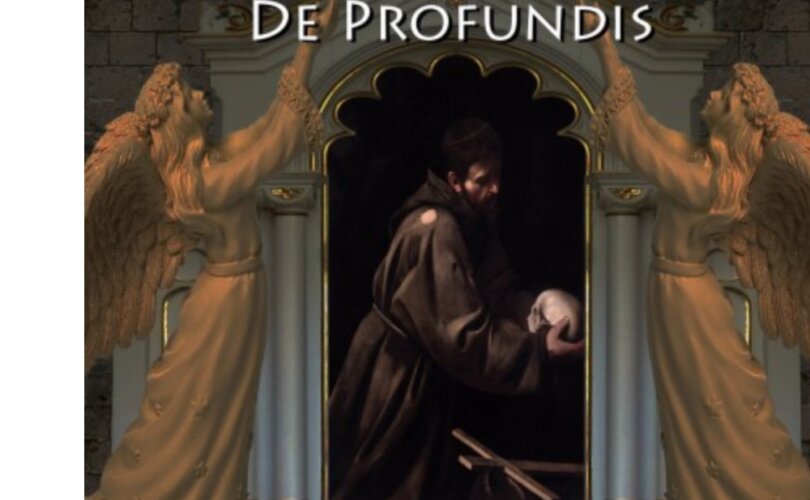 (LifeSiteNews) — A traditional Catholic music group is providing beauty and hope through musical storytelling in an increasingly broken world.

Clamavi de Profundis is an independent group which composes, performs, and records original music inspired by Gregorian chant and the art of storytelling. A large majority of their work is connected to the writings of J.R.R. Tolkien, the Catholic author of The Lord of the Rings. Additionally, they accept commissions from supporters and produce songs for specific occasions.

“We have the desire to make art with the talents God has given us, in order to please Him and develop these God-given gifts,” Clamavi de Profundis told LifeSiteNews in an email.

“We hope that our music can have a positive impact on the lives of others, inspire them to grow in their appreciation of the beauty of God’s creation, and add some hope and light to the world.”

Clamavi de Profundis spoke to LifeSiteNews on the understanding that they would be identified as a group rather than as individuals, preferring not to put their personal names online.

“For me, their music is sort of an embodiment of what we’re supposed to do as lay people in the world with our prayer and the sacraments, which are very holy and reverent,” said Eryn Huntington, a supporter of the group who has commissioned two songs.

“You have to take those out of the sanctuary and bring them with you into battle. And their music does that. It mixes the secular and the sacred in a really motivating and energizing way. I find it very optimistic and powerful.”

Huntington told LifeSiteNews in a phone interview that her guardian angel led her to discover Clamavi de Profundis. After the death of her daughter and son-in-law last year, she began searching for a musical version of “the De Profundis Psalm 129” to “sing along with” as she prayed for her late children.

“Their name is Clamavi de Profundis, so they came up [when I searched], and I’d never heard of them before,” she said. Although she did not find a recording of the Psalm, Huntington did see “a bunch of other Latin” pieces. From the YouTube page, she found a link to the group’s Patreon page, where “they mentioned that they take commissions.”

From there, Huntington was able to request that a song be made based on Psalm 129.

Although the original release date was the end of November, she asked the group “to see if they [could] step it up” to be done closer to All Soul’s Day on November 2. The song was released in early November of 2021 and serves as a chant prayer and indulgence for the souls in Purgatory. The lyrics are based on Psalm 129 and the Matins from the Office of the Dead.

“When you go to the cemetery, you can turn it on [on] your phone and either listen to it and sing along silently, or you can actually sing along to it. It’s a singable song, which is really cool,” Huntington said. This year, she added, “we took out an ad on the back of our church bulletin…asking people to pray along with the song to help the holy souls.”

In addition to commissioning the De Profundis piece, Huntington also requested a song titled “The Battle of Lepanto.” It was written “in honor of the Blessed Virgin Mary under her titles of Our Lady of the Holy Rosary, Our Lady of Victory, and Our Lady of Guadalupe.”

“We used lyrics from G.K. Chesterton’s ‘Lepanto’ as the body of the pieces to drive the story forward,” the group wrote on their Patreon page. This piece was released on October 7, the Feast of the Holy Rosary.

Clamavi de Profundis, whose name comes from the opening line of Psalm 129, “Out of the depths I call to you, Lord,” began with a YouTube cover in 2013. Although the first project was a “longer cover” of the recent The Hobbit film series’ musical setting to “Far Over the Misty Mountains Cold,” the group has since expanded to include a variety of sacred music.

“The driving force behind our music comes from our faith and our love of sacred music, specifically Gregorian chant and sacred polyphony,” the group told LifeSiteNews. “In addition, we all have extensive backgrounds in history, storytelling, and philosophy and have always enjoyed stories with deeper meanings and inspirational characters.”

Along with the songs based on Tolkien’s work, Clamavi de Profundis has produced a number of other religious pieces, Christmas songs, folk, and cinematic music. The group told LifeSiteNews that “our Tolkien inspired pieces have seen the most success from viewership, as well as some of our original fantasy works.”

“Some of our future goals include posting more religious themed content and, hopefully as we grow, increase both the quality and quantity of our music,” Clamavi de Profundis told LifeSiteNews.

“There is a vast library of beautiful and artistically rich chant and polyphony from past centuries that we would like to cover and share with people.”

The group also reported that they are “planning to collaborate more with other artists” on future projects “to further develop and enrich our music.” They “hope to branch out into different forms of media such as audiobooks and publish some of our original stories.”

The latest project is a song commissioned by a Patreon supporter, “in memory of their miscarried daughter as well as those lost by their family and friends. It will be released on November 2.”

Clamavi de Profundis music can be found on YouTube and donations can be made through their Patreon page.