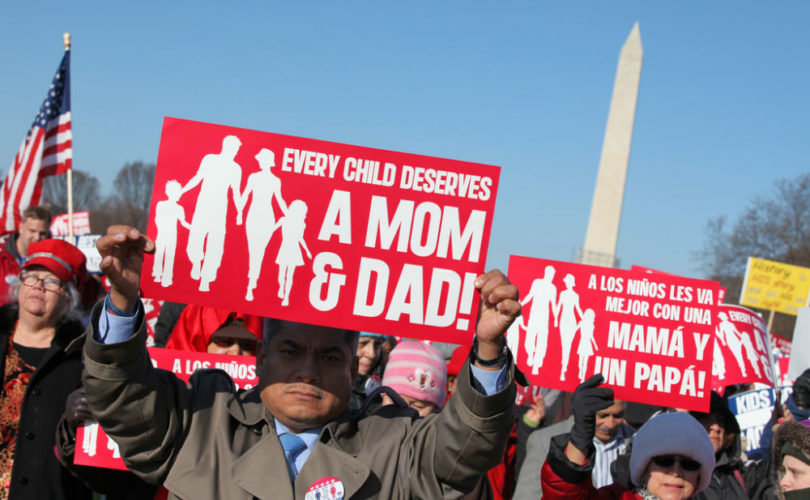 NOM went to court three times to shield its confidential list of donors to Stand for Marriage Maine, a political action committee that sought to overturn a Maine gay “marriage” law. But the state Supreme Court ruled that NOM had to disclose their donor list.

Prepare for character assassination on a national scale. To defend traditional marriage today is to incur the wrath of the government and cultural elites, not to mention the gay lobby, which will stop at nothing in their pursuit of approval.

That's what Mozilla's CEO, Brendan Eich, found, when it was revealed that he supported California's definition of marriage as between one man and one woman. He was publicly vilified as the Poster Boy for Discrimination, and he lost his job.

ABC News is already going after the president of a hedge fund who contributed over a million dollars to NOW, as well as other donors.

NOM argued in court that revealing the identities of donors would discourage free speech and make donors less likely to contribute in the future.

NOM president Brian Brown pointed out other, liberal organizations the Maine Ethics Commission had not forced to disclose donors, and he accused the state of unfairly targeting NOM.

“This is a blatant injustice,” Brown said. “It goes against everything our political system should stand for. We were unfairly targeted because of our beliefs.”

NOM has already been hit with the largest fine on record in Maine, over fifty thousand dollars, because the group didn't file campaign finance reports, though NOM argued that the money it raised wasn't specifically earmarked for the Maine referendum.

Though NOM was successful in overturning Maine's gay marriage law, by 2012, the beliefs of voters had changed such that same-sex marriage was legalized in Maine in that year.

In June 2015, the Supreme Court ruled that all state bans on homosexual “marriage” are unconstitutional.