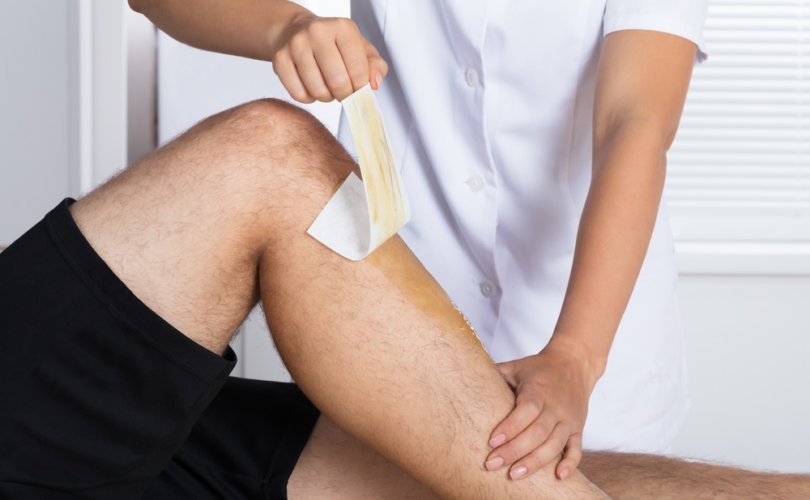 The Justice Center for Constitutional Freedoms (JCCF) announced Tuesday in a press release that it is defending Vancouver-based salon She Point Beauty Studio against a complaint Yaniv filed in October with the British Columbia Human Rights Tribunal.

Yaniv is well known for, among other things, filing human rights complaints against more than a dozen beauticians in 2018, alleging that their refusal to give him a “Brazilian” bikini wax was discrimination based on gender identity and gender expression.

JCCF defended five of these estheticians, and after the tribunal heard three of Yaniv’s complaints in July 2019, it dismissed them in an October, ruling that “human rights legislation does not require a service provider to wax a type of genitals they are not trained for and have not consented to wax.”

The ruling, penned by tribunal member Devyn Cousineau, also found that Yaniv “engaged in improper conduct” and filed complaints “for an improper purpose” and ordered him to pay costs of $2,000 to each of the three estheticians, for a total of $6,000 — a sum the JCCF says Yaniv has to date refused to pay.

Cousineau took Yaniv to task for his demonstrable “grievance” against certain ethnic groups, noting that he “targeted them out of racial animus to ‘punish’ them for their cultural and religious views,” according to JCCF’s release.

“Yaniv has made derogatory public comments about East Indians and Sikhs, as well as immigrants generally,” it stated.

The ruling cites Yaniv’s comment: “We have a lot of immigrants here who gawk and judge and aren’t exactly the cleanest people. They’re also verbally and physically abusive, that’s one main reason why I joined a girls gym…They lie about s—, they’ll do anything to support their own kind and make things miserable for everyone else.”

Yaniv’s new complaint targets She Point Beauty Studio,  a salon owned and operated by East Indian women of the Sikh faith, according to JCCF’s release

In August, Yaniv asked the salon to give him a “Brazilian” bikini wax and was refused, JCCF states. Yaniv then asked for a leg wax and was again turned down.

Asked for a leg wax… not a Brazilian �� pic.twitter.com/qM4mkfzT56

In Yaniv’s tweets about the case — which include a screenshot presumably of his texts to the salon representative in which he asks: “But am I a lady?” — he emphasizes that he’s asking for a leg wax.

He tweets from Cousineau’s judgment that Cousineau agrees generally with Yaniv “that a person who customarily offers women the service of waxing their arms or legs cannot discriminate between cisgender and transgender women [sic] absent a bona fide reasonable justification.”

Cousineau then adds that she dismissed the complaints “on the basis that they have been filed for improper motives or in bad faith.”

In response to this point, Yaniv tweets: “I have hair coming out of my legs…like any female. Got to get that removed. How is that bad faith? My legs are normal female legs.”

I have hair coming out of my legs… like any female. Got to get that removed. How is that bad faith? My legs are normal female legs.

But JCCF notes in its press release that “[l]eg waxing takes place in private with the customer in their underwear or nude from the waist down.”

She Point Beauty Studio “rejected Yaniv’s request for services due to religious, cultural and safety reasons, and because the salon services are specialized to women,” it states.

“Women have a constitutional right not to be compelled to touch biological males in an intimate or highly personal manner if they are not comfortable doing so,” notes Jay Cameron, the JCCF lawyer who acted for five estheticians in 2019.

“Like male genital waxing, our client does not offer male leg waxing services to the public, and we intend to vigorously defend against this targeted harassment on behalf of our client.”

Yaniv, a self-described “proud lesbian” who runs the Vancouver-based tech consulting business Trusted Nerd, is also notorious for social media posts that reveal a disturbing interest in the menstruation and nude bodies of 10- and 12-year-old girls. Long before he filed his waxing complaints, allegations circulated online that Yaniv was claiming to be transgender to gain access to women-only spaces so he could contact young girls and ask them leading questions.

In July, Yaniv applied unsuccessfully to the Township of Langley for a permit to host a “topless” LGBT swim party for “people aged 12+” that banned parents.

The same month, Jessica Rumpel filed a child sexual exploitation report against Yaniv with CyberTips for allegedly sexually harassing her when she was between the ages of 14 and 15.

Most recently, the 32-year-old Yaniv is scheduled to appear at the Surrey Provincial Court on January 13 on two counts of possessing a prohibited weapon. Yaniv was arrested August 6 after he fired a Taser during a livestreamed YouTube debate and charged December 16.

LifeSite has been locked out of Twitter since December after tweeting its report that Yaniv was “shocked” that a gynecologists’ office refused his request for an examination.

Twitter presumably locked out LifeSite for referring to Yaniv as “he.” LifeSite has refused to remove the tweet as requested and is appealing the decision.