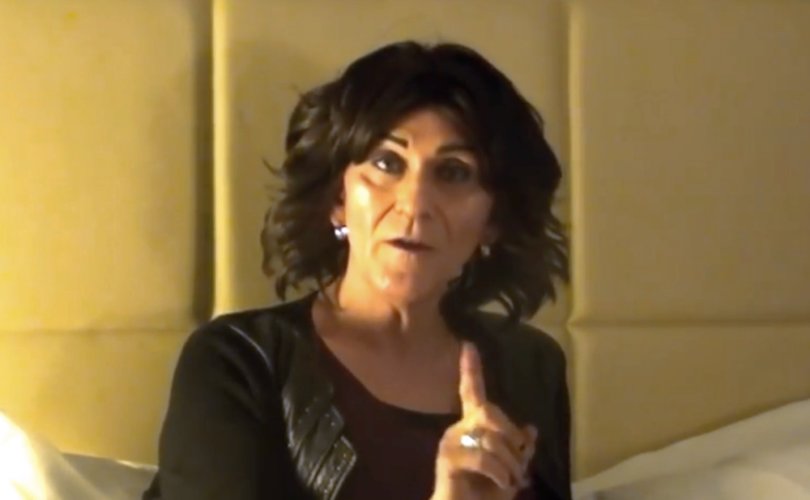 HALIFAX, Nova Scotia, August 21, 2018 (LifeSiteNews) – A biological male who says he’s a “woman” has launched a human rights complaint against Nova Scotia’s health department for refusing to pay for his breast implants.

The Liberal government counters that it doesn’t pay for cosmetic breast augmentation for anyone — male or female — because it’s not medically necessary.

“Implants are not covered for any individuals who would prefer larger breasts,” health ministry spokeswoman Tracy Barron told Canadian Press.

“Breast implants are covered in Nova Scotia for severe congenital or developmental asymmetries and also in breast cancer reconstruction,” she added.

Barron said men “transitioning” to women can develop larger breasts through hormonal therapy, which the province covers under its pharmacare plan.

And because women “transitioning” to men have to have their breasts removed surgically, the province pays for that, she noted.

Indeed, there’s very little in the line of sex-reassignment surgeries Nova Scotia doesn’t pay for: As well as mastectomies, including ones that leave the nipple intact, it funds oophorectomy, hysterectomy, penectomy, orchiectomy, phalloplasty, metoidioplasty, and vaginoplasty.

An oophorectomy is removal of the ovaries; an orchiectomy the removal of one or more testicles; a metoidioplasty is the creation of a penis out of a hormonally enlarged clitoris, and vaginoplasty involves cutting and flipping the male member so it resembles a vagina.

Slaunwhite, 54, was denied funding last April for breast implants, which can cost thousands of dollars. At that time, he had received hormone therapy for three years.

He’s been fighting the government on the matter ever since, with the human rights claim his next move, according to Canadian Press.

“This should be included along with the rest of the surgeries that are publicly funded by the province for sex reassignment surgery …. It’s gender discrimination,” Slaunwhite said when he filed the claim last week.

His lawyer Susanne Litke, with Dalhousie Legal Aid Service, argues hormone therapy doesn’t always result in breasts big enough for a man to feel like a woman, and to “pass” as one.

“When that breast development isn’t enough for the person to be comfortable in their body, then it’s a medical necessity,” Litke maintained.

Michael Davies-Cole, a local transgender “man,” confirmed with Canadian Press she could get state-funded mastectomy or chest masculinization surgery in order to “pass” as a man.

“And the irony is, we’re asked to pass for something we already are,” Davies-Cole declared.

Indeed, they are “an act of inhumanity,” he told LifeSiteNews in an earlier interview.

“First, the transgender’s (transsexual’s) urge to be operated upon is an expression of a serious mental disorder,” noted van den Aardweg, the author of Homosexuality and Hope, 1985; On the Origins and Treatment of Homosexuality, 1986, and The Battle for Normality, 2005.

“Second, the fake-therapy of surgery etc., does nothing except mutilate him/her for life and aggravate his/her mental alienation,” he added.

“Politicians and medical professionals, the promoters and executors of these mutilations, have a lot to answer for,” van den Aardweg said. “Towards the transgender patient, society, and their own conscience.”

‘Sex change’ is a myth. Those who try will always fail