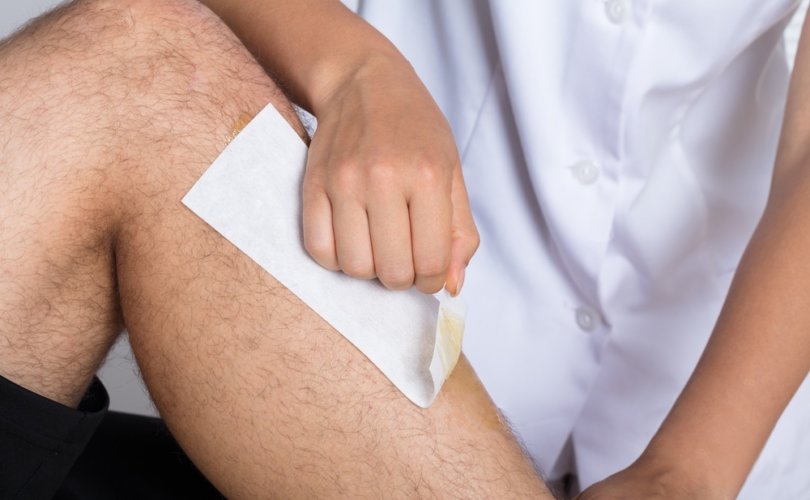 WINDSOR, Ontario, May 23, 2018 (LifeSiteNews) – A biological male who says he’s a “woman” has filed a human rights complaint against a hair-removal spa in Ontario. The male claims he was discriminated against after he couldn’t get a Brazilian wax because the Muslim woman on staff doesn’t wax the male genital area for religious reasons.

The anonymous trans “woman” complainant alleges Mad Wax Spa in Windsor, Ontario, denied him services because of his gender identity and expression. The male is seeking $50,000 compensation for the “immense harm to my dignity,” CTV Windsor reported.

In his application to the Ontario Human Rights Tribunal, the complainant states he called the spa to ask about a leg wax, according to CTV Windsor.

But spa manager, president and CEO Jason Carruthers told PJ Media the man specifically asked about a Brazilian wax, which involves stripping off all pubic hair.

“She [sic] never once asked for a leg wax [from] us,” Carruthers said. “She [sic] said, ‘Women have penises and women have balls and if your staff is not comfortable then they can look for another job.’ That is clearly referring to a Brazilian wax, which involves the genitals.”

The complainant “only mentioned ‘leg wax’ after the story got out,” he added. “My guess is she [sic] was embarrassed to admit she [sic] wanted a Brazilian.”

According to the Windsor Star, the complainant alleged he called the spa on March 17, 2018, and spoke to an employee, asking explicitly whether it provided services for transgender “women.” He then asked to speak to the owner.

Carruthers called the complainant back and told him the only employee on staff that day was a practising Muslim, who for religious convictions avoided any physical contact with men outside her family.

The employee who did male waxing was off sick, Carruthers told the Star, but in any event, his all-women staff does only back and leg waxes for men.

“When we’ve been asked about a male Brazilian wax in the past we tell them we’re not able to provide that service and they move on,” Carruthers said. “It’s never been a issue.”

The anonymous transgender also alleged in his complaint that he “offered to educate the manager on his duty to accommodate” him.

“All clients regardless of sex, gender, gender identity or sexual orientation are welcome,” countered Carruthers in a statement.

“However, we also welcome staff members and respect their religious beliefs and feelings of safety and dignity in regards to the right not to perform waxing services on males or male genitals.”

Carruthers decided to go public to defend Mad Wax’s reputation after a video disparaging the spa was reportedly posted online, and the complainant allegedly threatened to create a “media circus,” he told the Windsor Star.

He also hired lawyer Ray Colautti, who told the Star the Ontario Human Tribunal will arrange a meeting between the two parties and a mediator. If the issue is not resolved at that time, the tribunal will schedule an official hearing.

The transgender complainant also alleged in his human rights application that the spa’s “refusal to provide me with leg-waxing services because I am a Transgender woman, and their disclosing my name, gender identity and personal information to various media outlets has left me feeling threatened, exposed, with my rights violated in terms of seeking services as a woman in the Windsor-Essex community.”

“There’s not much I can say right now because the matter is before the tribunal,” Evans Maxwell told the Windsor Star.

Man believes it is his human right to force a woman to wax his body without her consent. Sues for $50k. Holy #RapeCulture https://t.co/pYhvQkLL5M