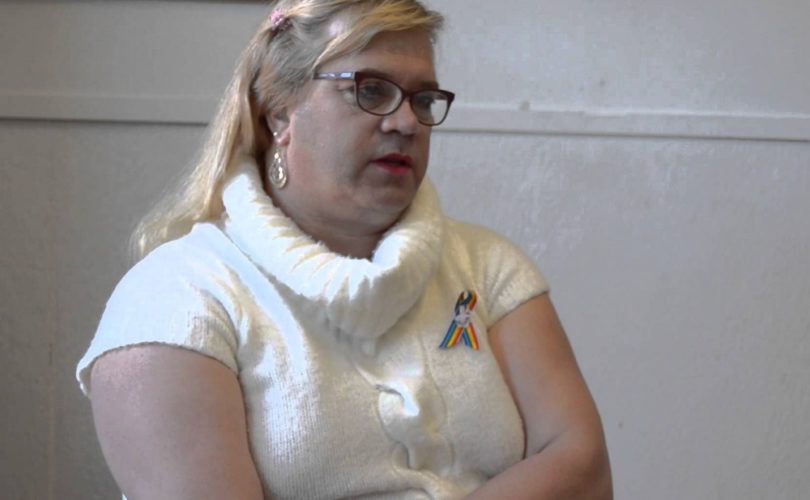 In a video published by The Daily Xtra, in partnership with The Transgender Project, Wolscht says he “can't deny I was married. I can't deny I have children.” But he also says that living as a six-year old child, with the support of two older friends who act as his parents, is part of how he's “moved forward now[.]”

“I've gone back to being a child. I don't want to be an adult right now,” he says.

According to Wolscht, “I was trans” before meeting and marrying his wife, Maria. At 46, he decided to live as a woman – and Maria told him to “stop being trans or leave.” So he left, starting hormone therapy in 2009.

After multiple attempts at suicide, losing a job, and being homeless, Wolscht says, “I have a mommy and a daddy – an adopted mommy and daddy – who are totally comfortable with me being a little girl.”

“And their children and their grandchildren are totally supportive,” says the 52-year-old man, who apparently plays with his adopted parents' grandchildren.