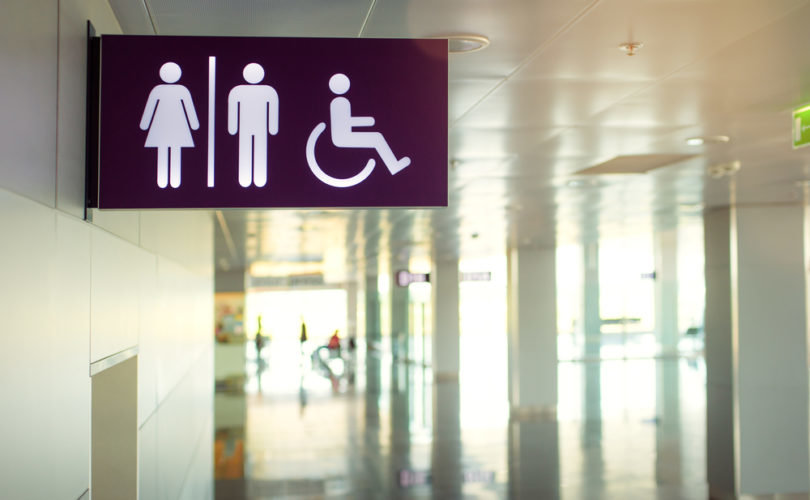 April 11, 2019 (LifeSiteNews) — A federal district court judge is allowing a parent-student privacy lawsuit to move forward against Palatine School District 211. The Thomas More Society, along with the Alliance Defending Freedom, is representing Students and Parents for Privacy, a group of concerned parents and students who have charged the northwest suburban Chicago area educational authority with violations of privacy and usurpation of parental rights. The lawsuit is a result of the school board's decision to allow male students to use female lockers rooms because they identify themselves as female. On March 29, 2019, a United States District Court issued an order permitting the case to proceed on grounds of alleged violation of religious freedom and charges or sexual harassment.

The policy in question was devised by District 211 after three students demanded access to opposite sex bathrooms, locker rooms, and shower rooms, because, despite their biological gender, they wished to be identified differently. Students and Parents for Privacy reported that, following this policy's enactment, students experienced embarrassment, humiliation, anxiety, fear, apprehension, stress, degradation and loss of dignity as a result of being forced to share bathroom and locker facilities with teenagers of the opposite sex.

Thomas Olp, Vice President and Senior Counsel at the Thomas More Society, elaborated on the situation, “One transgender student reportedly exposed his genitalia to a female student in the girls' locker room, and refused to use a private changing area to disrobe. Girls who regularly use the three female locker rooms to change say they are fearful that a biological male may walk in at any time and see them in a state of undress or even naked. This is obviously an untenable situation and parents have every right to try to preserve their children's privacy in single sex privacy facilities like bathrooms and locker rooms. No school board should be allowed to impose on the privacy, modesty, even safety of these young people.”

The court is allowing the lawsuit to proceed despite a District 211 motion to dismiss. Judge Jorge Alonzo found allegations of sexual harassment, under Title IX, and potential abuse of religious freedom under the Illinois Religious Freedom Restoration Act and the First Amendment, to be actionable. However, the Thomas More Society concerns with regard to student bodily privacy or parental right to control the education of their children were dismissed.

“There is currently a societal push to fight sexual abuse and harassment,” noted Olp. “But Palatine's Township High School District 211 has pushed things so far in the reverse direction that the privacy of the majority of students is being sacrificed on the altar of transgender rights benefitting a few. The physical safety and emotional well-being of the majority of students should not be put at risk this way.”