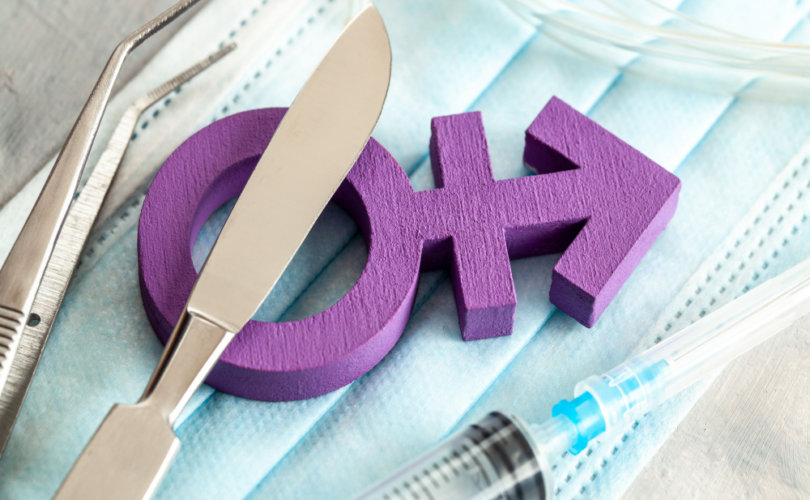 (LifeSiteNews) – An international non-profit group known for promoting radical “transgender health” ideology is now saying that the chemical and/or genital alteration of a child’s natural body can be started as young as 14.

The Associated Press reported that it was provided an advance copy of the World Professional Association for Transgender Health’s (WPATH) forthcoming “gender transition” recommendations, which will be published in a medical journal later this year.

According to WPATH, so-called “gender transition” treatment, which includes genital alteration surgery and chemical hormone treatment, can now be given at younger ages, essentially in kids who have not yet fully matured.

The group, which is one of the leading promoters of what it calls “transgender health” in the world, had earlier recommended that both hormone treatment and/or genital manipulation surgery on boys or girls could start at 16.

WPATH even went so far as to acknowledge that there are potential risks in such so-called “therapy” for kids at a young age but claimed withholding such treatment would hurt kids.

According to the Associated Press, WPATH’s update is based on expert opinion regarding what is known as transgender medical treatment.

WPATH says puberty blockers could be started at the first signs of adolescence for girls and boys, which is what it previously called for, despite the fact such blockers are known to weaken one’s bones.

However, the new extreme recommendations say that sex hormone treatment, estrogen, or testosterone, which can be lifelong, can start at 14. This is even though such hormones are known to cause strokes, high blood pressure, and infertility.

WPATH is also saying that breast removal surgery for those born female who want to become “trans boys” can begin at 15.

When it comes to even more extreme genital manipulation surgeries such as the removal of the testicles in those born male wanting to become a “trans woman,” or the removal those born females who want to remove their uterus to be a “trans man,” these procedures should now be allowed to start at 17.

Critics of the radical mutilation of a child’s natural birth sex have sounded the alarm for years that such procedures not only carry immediate dangers but lifelong ones in both physical and mental health.

There has been a notable push in recent years in many western nations, especially in the United States and Canada, to actively promote transgenderism in the young population.

In fact, a new poll has shown that there has been a huge rise in the rates of teens identifying as transgender.

Van Maren says “suicidal ideation (and, tragically, suicide rates) of young people identifying as transgender will go up — not because they did not have access to sex-change treatments but because they did.”

“And second, trans activists, who will never admit to the destruction they are currently inflicting on the upcoming generation, will blame it all on those who opposed their movement in the first place, creating an ongoing vicious cycle,” he added.

Recently, Erin Friday, a mother of a daughter who was previously “transitioned” and leader in a group called “Our Duty,” which is against the use of chemical as well as genital mutilation of children, said transgenderism is a “social contagion.”

Friday has been speaking out against a California bill that would, as she said, make “California a sanctuary state for families of children seeking ‘gender-affirming health care.’”

She added that parents do indeed know this from their personal experience, and noted many nations are moving away from very permissive standards.

“Look to Sweden, Finland, Norway, the U.K. and France,” she said, adding, “You need to be 100% confident that sterilizing children is truly life-saving.”

The adoption of what are termed “trans-inclusive” pronouns has been heavily promoted by those in the LGBT movement. This is despite the hard reality of one’s biological sex, as well as many people’s religious beliefs that hold God created “man” and “woman.”

This is also even though, statistically speaking in Canada at least, only 0.33 percent of Canadians identify as “transgender” or “non-binary,” according to recent data.

Another disturbing movement that has afflicted society and the family, notably in Canada and the United States, is the “grooming” of children in public schools. “Groomer” refers to people who sexualize children or believe it is OK to do so.

Van Maren has written extensively about how taxpayer dollars in Canada and elsewhere contribute to “an agenda that is destroying children.