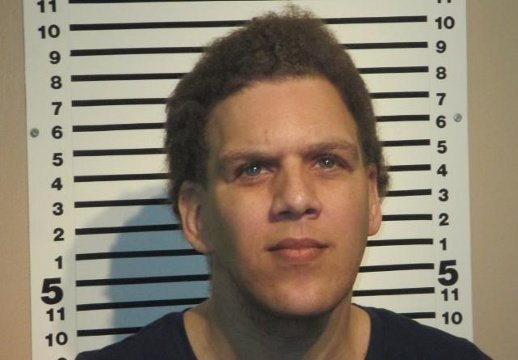 AMMON, Idaho, July 13, 2016 (LifeSiteNews) – A biological male who claims to be a woman has been arrested for taking pictures of a woman in the changing room of a Target store.

Police say 43-year-old Sean Patrick Smith of Idaho Falls entered the women's changing area of a Target in Ammon, Idaho, on Monday dressed as a woman.

The Bonneville County Sheriff's Office responded after a woman said she saw the middle aged male, whom police say identifies as Shauna Patricia Smith, reaching over the dividing wall in the women's changing area and taking pictures of her with a cell phone.

Sheriff’s Office Spokesman Sgt. Bryan Lovell said the woman may not have been wearing underwear while she was photographed.

The woman reportedly confronted Smith about the incident, and he ran out of the store.

“The woman was begging for help as she chased the man out the door. She kept saying she wanted those pictures deleted,” one eyewitness told local media.

Officers reviewed store surveillance footage, then booked Smith in the Bonneville County Jail on a felony count of voyeurism. He is scheduled to appear in court today.

The Bonneville County Sheriff's Office is asking for any additional eyewitnesses to come forward.

The incident in the town of approximately 13,000 in southeastern Idaho is not the first such incident since Target announced its opposition to “discrimination” and commitment to “inclusivity” of transgender people on April 19. “We welcome transgender team members and guests to use the restroom or fitting room facility that corresponds with their gender identity,” the company said in an official statement.

That incident occurred just days after the chain store's CEO, Brian Cornell, defended the policy at the annual shareholders meeting, saying the Minnesota-based corporation “listened very carefully to our guests” before formulating its gender-blind policy.

More than 1.3 million people had signed a Target boycott petition drawn up by the American Family Association by last month.

On May 13, the Obama administration issued a controversial federal guidance instructing every public school and university in the nation to allow members of one sex to use the showers, changing rooms, and overnight accommodations of the opposite biological sex or lose federal funding. The federal government is also suing North Carolina over H.B. 2, a law requiring people to use the restroom that corresponds to the gender on their birth certificates.

A national poll released yesterday by WPA Opinion Research found that two-thirds of Americans disapprove of transgender “bathroom bills,” in which any level of government forces private businesses, schools, or other public accommodations to allow members of one biological sex to use the restrooms and intimate facilities of the opposite sex.

The support cut across every demographic group and every political ideology, the poll found.

Pro-family advocates have warned that sexual predators would take advantage of such policies to film or otherwise victimize women and young girls.