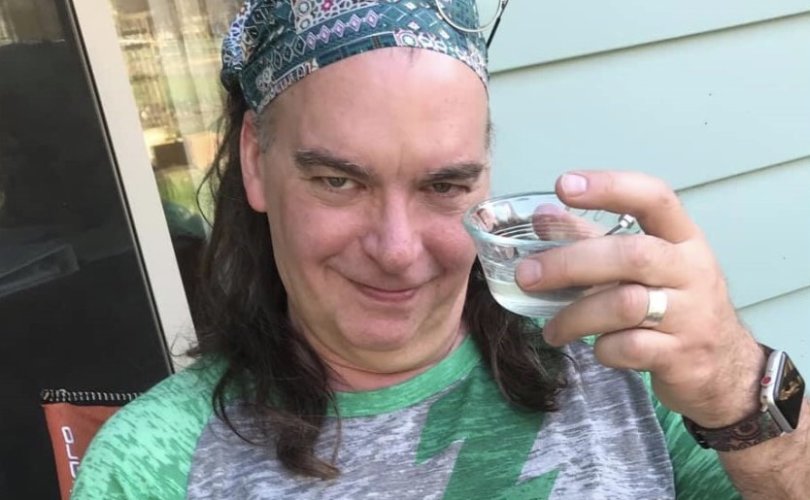 MADISON, Wisconsin, June 12, 2019 (LifeSiteNews) — A male elementary school teacher identified himself in a video as “transgender” and called on his students to refer to him with the suffix “Mx.,” according to Liberty Counsel.

Previously known as Mark “Vince” Busenbark, the science teacher said on camera that he is neither male nor female. He asked his students at Allis Elementary School in Madison, Wisconsin, to use pronouns such as “them” and their” instead of “him” or “her” in reference to himself. According to Liberty Counsel, a non-profit law practice that specializes in religious tolerance cases, Busenbark’s video was shown to K-5 students on May 16.

Parents were neither informed in advance of the video nor offered the option to exempt their children from viewing it. Liberty Counsel alleges the video may be in violation of the school district’s policies that say “all instruction should be 'age-appropriate, medically accurate, non-stigmatizing, and inclusive for all students.”

Busenbark now calls himself “Vica Steel” and asked students to call him by the suffix “Mx.”, according to Liberty Counsel.

“I am transgender,” Busenbark said. “Do you know what that means? Maybe you don't. Maybe you've only heard those words through the filter of those who hate and fear.”

Busenbark referenced the book They Call Me Mix by author Lourdes Rivas, and comments: “This is really my story.” Reading from the book, Busenbark says, “Are you a boy? Or a girl? How can you be both? Some days I am both. Some days I am neither. Most days, I am everything in between. When I was born, everyone decided and agreed that I was a girl. So, they named me Lourdes … As a kid, I never felt like just a girl.” The character in the book has as a “non-binary teacher” who teaches respect for all “genders.”

At the end of the video, Busenbark said he hoped the book allowed his students to understand the word “transgender” better and to understand him as well.

“I am going to take my wife Stella Steel’s last name and I am going to use not ‘Mr.’ and not ‘Mrs.’ but ‘Mx.’ So you can call me Mx. Steel.” Finally, at the end of the video, captions appear that read: “I am not just a boy. I am not just a girl. I’m both! And I am everything in between. I am Mx. Steel!”

In a letter to school district authorities, Liberty Counsel requested information about the video and whether there were any parental notification forms.

“The video appears to violate several district policies, as well as the constitutional prohibition against schools enforcing any kind of orthodoxy,” the letter stated.

Quoting the U.S. Supreme Court’s decision in West Virginia v. Barnette, the letter read, “‘If there is any fixed star in our constitutional constellation, it is that no official, high or petty, can prescribe what shall be orthodox in politics, nationalism, religion, or other matters of opinion or force citizens to confess by word or act their faith therein.’”

According to Liberty Counsel, “This principle applies to manipulative ‘requests’ by a male teacher that children refer to him as a member of or mixture of the opposite sex; as well as to fabricated prefixes or titles like ‘Mx.;’ and to false or grammatically improper ‘pronouns’ like ‘they.’ The classroom is not a forum for Mr. Busenbark’s activism.”

In a statement, Mat Staver of Liberty Counsel declared, “It is outrageous that school administrators would allow a male science teacher to expose children to propaganda that promotes confusion about basic biology, and to instruct students to address him by a false name, title and pronouns.”

Staver went on to say, “These impressionable students do not exist to validate Busenbark’s sexual identity. Parents send their children to school trusting that they will be taught academic curriculum, not become participants in a teacher’s play acting.”