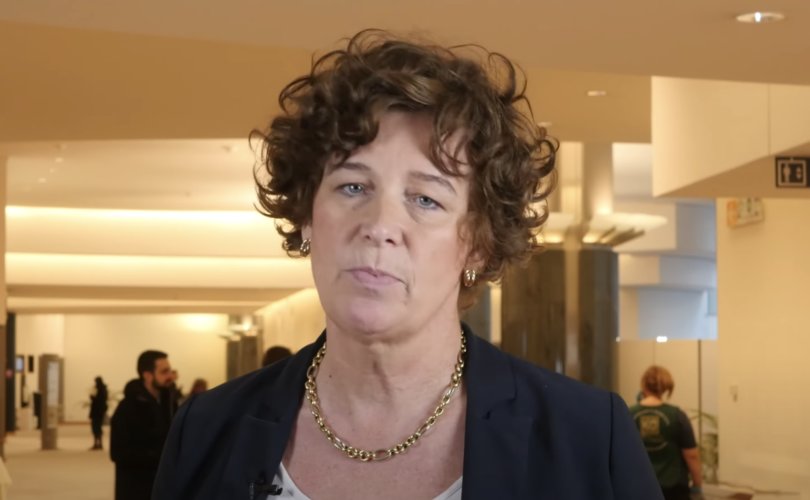 BRUSSELS, Belgium, October 5, 2020 (LifeSiteNews) – The appointment of Petra de Sutter as Deputy Prime Minister of Belgium has made him the first transgender minister in Europe. A member of Belgium’s green party, de Sutter’s promotion also means that he is now the most senior transgender politician in Europe.

The LGBT site Pink News hailed the promotion, stating that de Sutter is known for his “activism around sexual and reproductive health and on trans issues.”

De Sutter himself stated on Twitter that in Belgium and Europe at large, his transgenderism is a “non-issue.” He expressed the hope that his promotion would serve as a challenge to “trigger the debate in countries where this is not yet the case.”

I am proud that in ���� and in most of ���� your gender identity does not define you as a person and is a non-issue. I hope that my appointment as Minister and deputy PM can trigger the debate in countries where this is not yet the case. #fighttransphobia pic.twitter.com/WdgHu2gyy6

Now as the minister responsible for public administration and public enterprises, de Sutter says he is “is committed to a more social Europe and the protection of refugees and LGBTI people.”

Declaring himself to be a life-long feminist, de Sutter is an expert in gynecology and fertility at the University of Ghent and served as head of the Department of Reproductive Medicine at Ghent University Hospital. His website mentions that he engages in “bio-ethical discussions such as surrogacy and commercial egg donation.” His academic research includes “clinical infertility, human embryology, fertilisation, embryonic stem cell derivation and differentiation, psychology and ethics of human reproduction.”

In a 2019 interview, De Sutter declared, “We need to rethink our perception of family life, children and family building.”

As part of the new coalition government in Belgium, de Sutter now assumes a prominent role in Europe at large and is in a key position to promote transgenderism. Belgium has long promoted homosexuality, becoming only the second country in the world to legalize same-sex “marriage” in 2003.