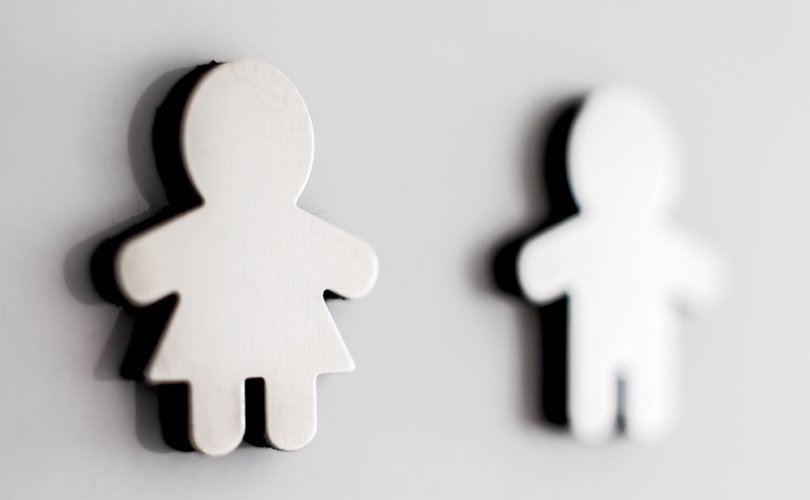 Under Republican Gov. Greg Gianforte’s Senate Bill 280, a “transgender” person must provide a court order with proof of genital surgery to the Department of Public Health and Human Services in order to change the birth sex on the birth certificate.

Amelia Marquez, a biological male, and “John Doe,” a biological female, claim that the surgery required by the new law is too challenging for some and wrongly requires disclosure of personal information.

According to the complaint, Marquez, 27, has identified and lived as a female for much of his adulthood and wishes to “correct” his Montana birth certificate to say that he was born female. Marquez has taken female hormones, but is not able to pay for and doesn’t wish to undergo genital surgery. He “lives in fear of having to present [his] birth certificate to someone who may respond negatively or even violently… Marquez is typically perceived as female, so anytime [he] is forced to present an identity document that … identifies [him] as male, [he] is forced to ‘out’ [himself] as transgender.”

The woman, 22, identifying as John Doe in the complaint “has expressed [her] gender in a traditionally male manner and has lived and identified fully as a male for the last year and a half. [She] has taken hormone therapy for two years and completed masculinizing chest reconstruction surgery,” but doesn’t wish to undergo genital surgery in order to change her birth certificate. She “would like to correct the sex designation on [her] birth certificate to accurately reflect [her] male gender identity but does not wish to be forced to publicly share in court private information and records regarding [her] transgender status, medical treatment and [her] anatomy.”

The plaintiffs claim that the act is “unconstitutional’ and “was created to marginalize transgender people,” and that in a “free, society the state has no role to play” regarding “gender-affirming surgeries.”

The plaintiffs also appeal to the due-process clause of Article II, Section 17 that provides that “no person shall be deprived of life, liberty, or property without due process of law,” and Article II, Section 10, which states that individual privacy “shall not be infringed without the showing of a compelling state interest.”

SB 280 is the latest in a series of laws Montana recently enacted to push back on the radical “transgender” movement in the state. House Bill 112 states that participation in school sports at all levels must be based on biological sex. Senate Bill 99 requires schools to notify parents of sex education classes and their right to opt children out of them, and publicly release all sex-ed materials, as well as bars abortion-involved entities from providing sex-ed instruction or resources.