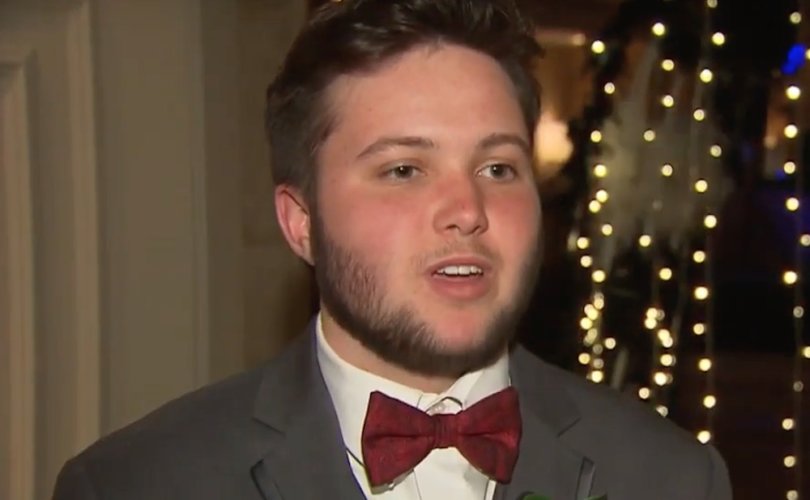 HYANNIS, Massachusetts, May 31, 2019 (LifeSiteNews) – A female student who has “transitioned” to identifying as a male has been crowned prom king at a Massachusetts High School in a vote made possible because teachers deemed her eligible.

Nicole “Nicholas” Bulman is a 19-year-old senior at Barnstable High School who began identifying as transgendered starting in eighth grade, the Cape Cod Times reported. She legally changed her name and, after what she calls years of consultation with a primary care doctor, endocrinologists, psychologists, therapists, and a support group, has undergone testosterone treatments and gender-transition surgery.

Her school community has reportedly been so overwhelmingly supportive that Barnstable teachers named him as one of five candidates eligible for this year’s prom king, according to teacher and Class of 2019 adviser Lyn Vazquez. “He’s just an all-around great person,” she said. “Teachers at Barnstable High School felt Nick was a great candidate.”

Bulman ultimately won, the Times reported in a follow-up, attending prom last week in a beard and full tuxedo, alongside friend and prom queen Kalyani Clarke.

“It just feels like a weight’s off my shoulders, like I can be more free and open with all those around me and I’m happy with myself,” Bulman told CBS Boston. Her mother, Jaime Gallagher, said she “love(s) the fact that Barnstable High School validated and acknowledged Nick in that way.”

Bulman, who plans to study psychology at Bridgewater State University, told the Times last week she was “now putting myself on the road toward being comfortable in my own skin.” Other young people to attempt similar transitions have experienced very different outcomes.

The University of Cambridge’s Stonewall report found that 96 percent of trans students in Scotland attempted self-harm through actions such as cutting themselves, and 40 percent attempted suicide. Forty percent in the United States have attempted suicide, as well, according to a 2016 survey from the National Center for Transgender Equality (NCTE). According to a 2011 study out of Sweden, trans people remain 19 times more likely to commit suicide than the general population, even after sex-reassignment surgery.

While studies have found a “honeymoon period” of “reported relief and happiness” after sex reassignment treatment, Dr. Michelle Cretella, president of the American College of Pediatricians, warned that it doesn’t last. “Ten years beyond transition, however, rates of additional mental illness begin to rise precipitously, to the point that 30 years following surgical transition (mutilation), the suicide rate is 19 times greater than that of the general population,” she said.

In 2017, LifeSiteNews highlighted the example of Brad “Ria” Cooper, a young man who became the youngest person in the UK to undergo a sex-change operation at age 15. Just three years later, Cooper decided to “transition” back to male, and at age 23 decided to live as a woman again.

“Now I’m going to be me – and I hope I will finally be happy,” Cooper said.