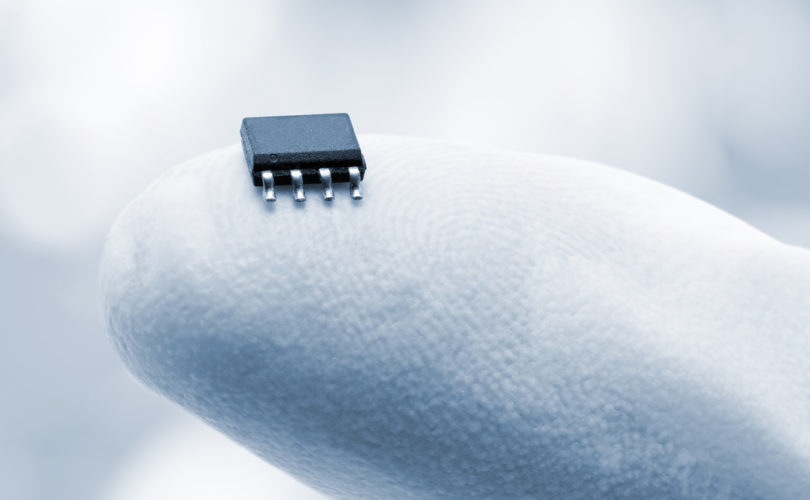 Although he admits it “sounds blatantly authoritarian” and “violates just about every core value we possess in a free society,” a noted transhumanist author has said a world government body should forcibly sterilize anyone “deemed unworthy” of parenthood by using implanted microchips.

Constitutional attorney and civil liberties expert John W. Whitehead, founder of The Rutherford Institute, warned LifeSiteNews earlier this year that political officials would long to use this seminal technology.

In an article for Wired.com today, philosopher Zoltan Istvan wrote that the notion first crossed his mind when he heard a blonde nurse say, “with 10,000 kids dying everyday around the world from starvation, you'd think we'd put birth control in the water.”

After careful thought, in an effort to “give hundreds of millions of future kids a better life, I cautiously endorse the idea of licensing parents,” Istvan wrote today.

The process, he said, “would be little different than getting a driver's license.” Parents must “pass a series of basic tests” in order to “get the green light to get pregnant and raise children.”

“Those applicants who are deemed unworthy” for a variety of reasons – he lists homelessness, criminal history, and poverty among his examples – “would not be allowed until they could demonstrate they were suitable parents.”

However, he questions how far governments would go to enforce its birth control mandate. “Would governments force abortion upon mothers if they were found to be pregnant without permission?” he asked, saying the idea seems “unimaginable in most societies around the world.”

Istvan writes that he finds “near-term hope” in a contraceptive technology funded by the Bill and Melinda Gates Foundation, a remote-controlled injectable microchip that could effectively sterilize someone for up to 16 years.

“The implanted microchip lasts for up to 16 years — three times current implantable devices, including IUDs — and can deliver hormones into the body via an on-off switch on your mobile phone,” he wrote. “It's not a huge jump to imagine governments seeing opportunity in using this.”

However, due to the national government's spotty record on fiscal and other issues, he believes its control should be outsourced to a world government. “Perhaps a nonprofit entity like the World Health Organization might be able to step in,” he wrote, adding WHO's participation would inspire “more confidence.”

The concept of a birth licenses, even those run by the United Nations, is not new. Istvan noted the support of ethics professor Hugh LaFollette and Paul Ehrlich, author of The Population Bomb.

The Ehrlichs co-authored the 1977 book Ecoscience with current Obama Science Czar John Holdren. They endorsed a “comprehensive planetary regime” to control fertility, adding that “compulsory population-control laws, even including laws requiring compulsory abortion, could be sustained under the existing constitution if the population crisis became sufficiently severe to endanger the society.” President Obama recently said he relies on Holdren to formulate his science policy.

The concept of government-regimented reproduction was also supported by Planned Parenthood founder Margaret Sanger some 80 years ago. Sanger wrote in a column for America Weekly in March 1934 that even then it may have “become necessary to establish a system of birth permits.”

Istvan believes new technology places their dream closer than ever to reality. Pre-clinical testing of the new microchip begins next year. A development team at the Massachusetts-based MicroCHIPS Inc. hopes to introduce the product by 2018, pending approval by the Food and Drug Administration (FDA).