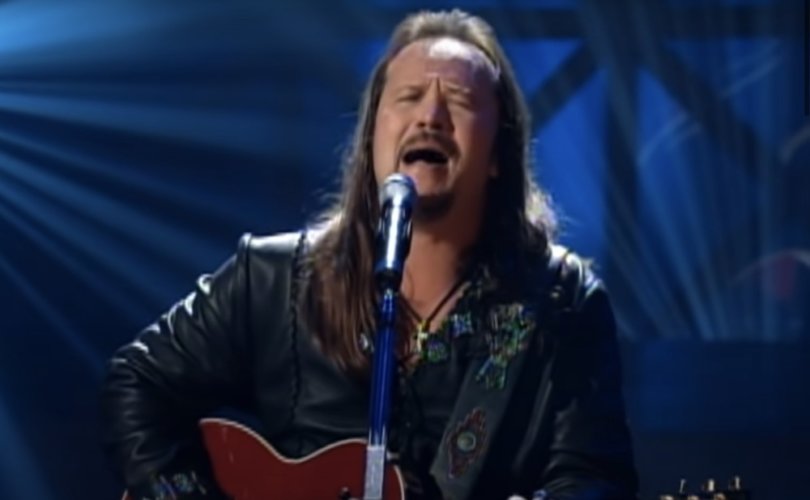 (LifeSiteNews) — Declaring it a “sacrifice I’m willing to make” for freedom, Grammy award-winning country singer Travis Tritt announced this week that he will not perform at venues that require masks, testing, or proof of COVID-19 vaccination.

“I’m putting my money where my mouth is and announcing that any venue or promoter mandating masks, requiring vaccinations, or pushing COVID testing protocols on my fans will not be tolerated,” Tritt said in a statement to The Daily Wire, published Monday. “Any show I have booked that discriminates against concert-goers by requiring proof of vaccination, a COVID test, or a mask is being canceled immediately.”

“Many people are taking a firm stand against these mandates around the country, and I wholeheartedly support that cause,” continued the platinum-selling artist. “I have been extremely vocal against mandates since the beginning. This is a sacrifice that I’m willing to make to stand up for the freedoms that generations of Americans have enjoyed for their entire lifetimes. There are plenty of promoters and venues around the country that appreciate fans and the freedom of choice in this great country, and those are the promoters and venues that I will be supporting.”

Tritt’s stand has led to the cancellation of shows in Muncie, Indiana; Philadelphia, Mississippi; Peoria, Illinois; and Louisville, Kentucky. He apologized for the inconvenience to fans and said his people are working to “reschedule unrestricted shows in these areas as soon as we can.” Still-pending concert dates can be found on Tritt’s website.

Other musicians who have condemned vaccine requirements or otherwise spoken out against the COVID shots include Eric Clapton and Nicki Minaj. Influential live music promoters AEG Presents and Live Nation Entertainment announced in August they would require proof of vaccination or negative COVID tests for events they sponsor.