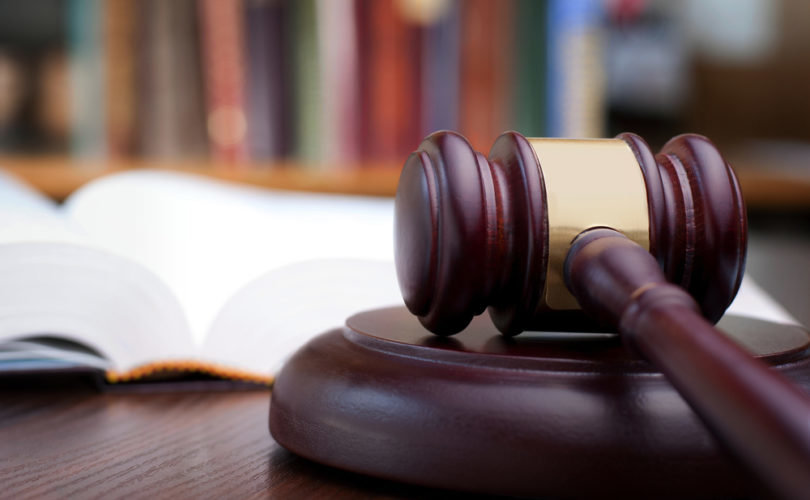 Mr. Justice Jamie Campbell dismissed as so much nonsense all the reasons the Nova Scotia Barristers’ Society (NSBS) advanced to justify its decision to reject the degrees of any law graduates from TWU’s proposed law school, and even ruled that the NSBS did not even have the right to make a decision one way or the other.

“Allowing the NSBS’s decision to stand would have a chilling effect on the liberty of conscience and freedom of religion,” he stated.

Trinity Western University spokesman Guy Saffold commented, “This decision is important not only to TWU’s effort to launch a school of law. But also, we believe it sets an extremely valuable precedent in protection of freedoms for all religious communities and people of faith in Canada.”

At the heart of his ruling were two findings. First: the Nova Scotia Barristers’ Society was operating outside its own charter under provincial law in attempting to regulate a school’s internal policies, doubly so a school in another province and triply so a school that has never been found in violation of any human rights provision in its 50-year-plus history.

Yet the NSBS itself invoked the Charter in justifying its now invalidated decision, arguing that because the Charter protected homosexuals, the NSBS was duty-bound to uphold it. This it would do by keeping out TWU law grads—unless the school dropped its controversial community covenant requiring all students refrain from sexual intimacy outside heterosexual marriage. If allowed to open under that covenant, TWU’s law school would be a “rogue” in its non-compliance with the Charter.

But Campbell insisted several times that the Charter “is not a blueprint for moral conformity. Its purpose is to protect the citizen from the power of the state, not to enforce compliance by citizens or private institutions with the moral judgments of the state,” –nor, he noted pointedly, “with the preferred moral values of the NSBS Council.”

Campbell then weighed the competing interests— so-called ‘sexual minorities’ versus religious minorities, a weighing which NSBS had failed to do. All the barristers’ society’s evidence, in fact, showed its great sensitivity to homosexual concerns, feelings, mental health, and even suicide rates, all of which it argued would be negatively impacted by Nova Scotia accepting TWU law students.

On the other hand, the NSBS had paid short shrift to Evangelical Christians, arguing that shutting TWU law school before it opened would provide insignificant infringement on their rights. In fact, NSBS argued, law had nothing to do with religion.

The NSBS had got it exactly backwards, said Campbell. “[Evangelicals’] religious faith governs every aspect of their lives. When they study law, whether at a Christian law school or elsewhere, they are studying law first as Christians. Going to such an institution is an expression of their religious faith.” Shutting down the only Evangelical law school in Canada would be a major infringement, said Campbell.

But as for the argument that allowing in TWU grads would be dangerous to the health of homosexuals, Campbell found “there is no evidence beyond speculation that LBGT people in Nova Scotia are harmed in any way, however slight, by living in the knowledge that an institution in Langley British Columbia, which like any number of religious institutions in Nova Scotia, does not recognize same sex marriage.” He also ruled that no compelling evidence had been entered proving the acceptance of TWU grads would have any impact on the number of homosexuals admitted to the Nova Scotia bar.

This left the NSBS with only one leg to stand on: its desire to make a point on principle, versus the far more tangible desire of Evangelical Christians to study the law in a Christian philosophical context and a real Christian community.

Campbell did not stop there, but waded into a raft of supportive arguments from the homosexual rights camp, dismissing them one by one as either irrelevant, or unproven, or both. For example, the argument was brought by NSBS that many or even a majority of Christians accept homosexuality as consistent with their moral teachings. Maybe, responded the judge, but it is not the court’s job to decide on the validity of religious beliefs. He accepted as true the evidence from TWU that religious groups in general and Evangelical Christians derive strength and meaning from adhering to moral codes of behavior. Striking down TWU’s community covenant was, therefore, a significant infringement.

Faced with a homosexual “rights” historian, he drew on his own knowledge to bring into evidence the history she had missed. Thus when Simon Fraser University history professor Elise Chenier sweepingly indicted American mainline Protestantism for supporting racism based on Scripture and Darwinian evolution, Campbell accepted her evidence. But he also noted that Trinity Western University was Evangelical Protestant, not mainstream Protestant, and added that Evangelicals such as the American William Jennings Bryan, who defended Creationism in the Scopes Monkey Trial, and the British Bishop Samuel Wilberforce, who debated against Thomas Henry Huxley on evolution in a celebrated 1860 encounter at Oxford, both did so precisely because they despised evolution’s racist applications.

Campbell even devoted a few paragraphs to debunk the silly argument that 60 law school spaces at TWU reserved for heterosexuals would reduce the total number of spaces for homosexual students Canada-wide, calling it  “inappropriate and wrongheaded.”

Campbell also spent considerable space with the Supreme Court of Canada’s 2001 decision in Trinity Western University’s favor. In that case the British Columbia College of Teachers had wanted to invalidate TWU’s teaching degrees because of the same community covenant. Though practically identical, the current crop of TWU critics predictably argue it has been rendered irrelevant by the passage of time and the movement into the mainstream by homosexuals.

Not so, said Campbell. “The decision in TWU v. BCCT is not out of step with current legal thought or social values.” If anything, it is increasingly relevant as more legal conflicts arise between competing Charter rights. The Supreme Court weighed the conflicting interests in the case and found TWU’s religious freedom more compelling, just as Campbell has done.

Assessing the completeness of TWU’s victory, John Carpay of the Justice Centre for Constitutional Freedom said, “January 28 will go down as a great day for freedom in Canada.” Carpay, who intervened in the Nova Scotia hearings, told LifeSiteNews that Campbell’s decision “will provide a persuasive precedent in similar cases between TWU and the Ontario and British Columbia law societies.”