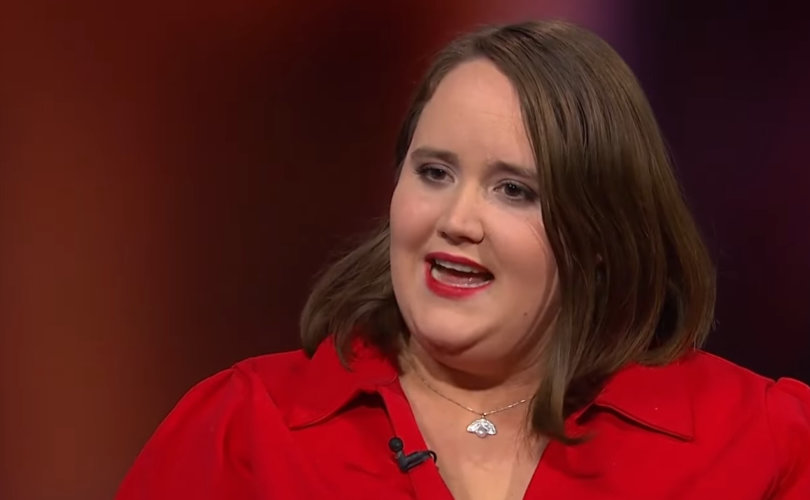 BERLIN (LifeSiteNews) — Thrice vaccinated German politician Ricarda Lang has tested positive for COVID-19 only hours after giving a speech in favor of mandatory vaccination at the German parliament Wednesday.

Lang is currently running to become the leader of the Green party. The 28-year-old candidate was supposed to attend a party conference this weekend, but a positive PCR test result she received Wednesday night means that she now has to self-isolate and will not be able to physically attend the conference.

“Unfortunately, this means that I’m going to have to attend our party conference from home this weekend,” Lang wrote on Twitter Thursday night.

Lang, who says she is bisexual, had done two rapid tests on Tuesday and Wednesday morning, both of which came back negative.

On Wednesday night, after she gave a speech in support of mandatory vaccination in Germany, she received the results of a PCR test which came back positive.

“After my first speech in the Bundestag, I drove home yesterday for a video conference and in the evening, I received the result of the PCR test by e-mail, which we carried out as a standard procedure before the party conference on the weekend to be on the safe side,” she wrote.

Lang claimed she had “no symptoms,” which she attributed to the fact that she has been vaccinated three times against COVID-19.

“Fortunately, I’ve been vaccinated three times, I’m fine and I don’t feel any symptoms,” she wrote.

Meanwhile, far left member of parliament Sahra Wagenknecht, who is unvaccinated and one of the most outspoken German politicians in the fight against vaccine mandates, tested positive as well, and has no symptoms, either.

Lang also argued that vaccination against COVID “protects very reliably against severe courses and death,” despite the fact that fully vaccinated people actually represent a majority of hospitalizations in many countries.

While the 28-year-old politician admitted that “there is still a risk of infection, especially with omicron,” she still appealed to everyone to “please get vaccinated.”

“I say, if we impose a mandatory vaccination then it has to work,” said Lang during the speech he gave in front of parliament on the day she received her positive COVID test result.

She described mandatory vaccination as a way to “protect the freedoms of those who have carried the heaviest burdens in the past two years.”