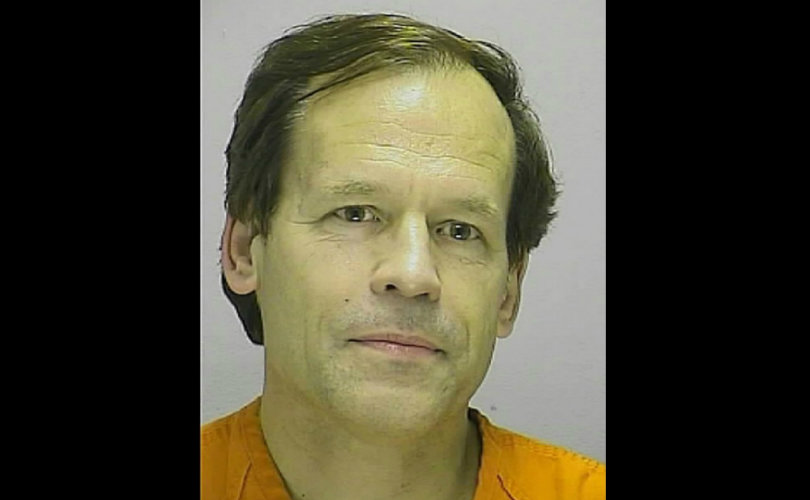 FAIRFAX, Virginia, April 27, 2016 (LifeSiteNews) – Health inspectors have suspended the license of an abortion facility operated in a prosperous D.C. suburb by a notorious abortionist who has lost his license in multiple states, severely injured at least one woman, seen another die, and stashed dozens of aborted babies' bodies in freezers inside a secret abortion facility.

Inspectors say the Virginia Health Group located in Fairfax once rushed a young woman to the emergency room to be treated for massive bleeding after there were no sutures available at the facility. VHG's staff failed to clean and sterilize instruments between abortion procedures and had expired medication on site. Employees sometimes failed to wash their hands and, in one case, an employee unclogged a toilet before holding a patient's hand during a surgical abortion, they said.

In all, the Virginia Department of Health listed 26 violations in a 52-page report after an inspection at the facility this month.

VHG is run by Steven Chase Brigham, one of 14 abortion facilities in three states that make up his American Women’s Services.

The record is so indefensible that even abortion lobbyists have denounced them. “Evidence of wrongdoing at Brigham’s American Women’s Services facility in Fairfax is part of a clear pattern of repeated and serious misconduct that poses a significant threat to patient safety, and which cannot be allowed to go unchecked in Virginia,” said Vicki Saporta, president of the National Abortion Federation, a group that knew about but did not report conditions inside Dr. Kermit Gosnell's “house of horrors.”

Brigham is often classified alongside Gosnell by the pro-life movement for his decades-long record of hurting women, skirting state laws, and operating troubled facilities under questionable legal arrangements up and down the Atlantic coast.

Maryland state inspectors found that 38-year-old Maria Santiago died at Brigham's abortion facility in Baltimore after personnel failed to use a defibrilator which, they discovered, was broken. That facility temporarily closed but is open today.

In October 2014, the New Jersey Board of Medical Examiners unanimously voted to revoke Brigham's license after he severely injured an 18-year-old mother during an abortion.

After the ruling, Brigham called himself a “good doctor” who has “a passion for women's rights.”

Brigham would transport late-term mothers from New Jersey, where he could only perform abortions until the 14th week of pregnancy, to a secret facility in Elkton, Maryland – a state where he held no medical license.

When agents raided that compound, they found the remains of 35 aborted babies in Brigham's freezer, one of whom appeared to have been aborted at 36 weeks.

After the board's vote, Brigham transferred his New Jersey facilities to Vikram Kaji, who had lost his own medical license in New York for “sexual misconduct and drug abuse.”

Brigham permanently lost his right to practice or own any abortion facility in the state of Pennsylvania in July 2010 but transferred those facilities to his mother's name.

New York revoked Brigham's license in January 1994, and he was sentenced to 120 days in jail for two misdemeanor counts.

Two years later, officials said they uncovered the frozen bodies of 17 aborted babies on the premises of a New York facility he owned, but the state attorney general confined the investigation to complaints that indigent women on Medicaid were asked to pay cash at Brigham's office.

In all, Steven Chase Brigham has lost or allowed his license to lapse in New Jersey, New York, Pennsylvania, Florida, California, and Georgia.

Yet his American Women’s Services continues to operate in three states, including Virginia, where Democratic Governor Terry McAuliffe has stood irrevocably alongside the state's abortionists. McAuliffe, a close ally of Hillary Clinton, campaigned on a promise to keep subpar abortion facilities open, a pledge he kept when the state Board of Health rescinded health and safety measures passed under his predecessor. More recently, he vetoed a bill to defund Planned Parenthood.

Claire Guthrie Gastañaga, who leads the Virginia chapter of the ACLU, wrote a letter warning state officials that pro-life advocates may “attempt to use this deplorable incident as part of their coordinated campaign to close clinics and restrict access to reproductive health care. We strenuously urge you to reject their propaganda.”

The Washington Post reports that the facility stopped scheduling new procedures on April 8 but is seeing women for follow-up exams.