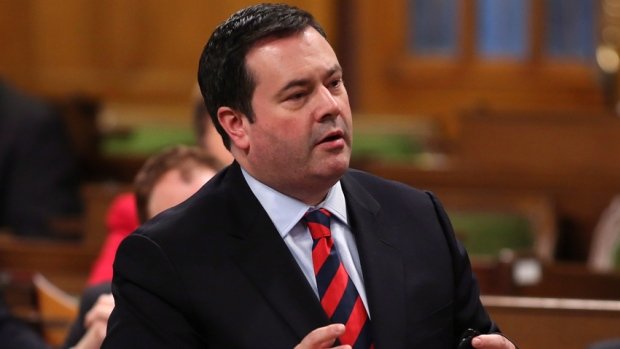 The Canadian truckers who’ve been blocking the U.S. border between Coutts, Alberta and the state of Montana in protest of the oppressive, segregationist COVID mandates issued a challenge to Premier Jason Kenney’s power.

It has a real chance of succeeding. Kenney may even get “O’Tooled.”

The hundreds of Coutts truckers, in solidarity with the Ottawa freedom convoy, are demanding an immediate end to all COVID mandates, vaccine passports, etc. by the Alberta government.

They issued a written statement and published a video calling on the 40 rural MLAs in Jason Kenney’s 61-member United Conservative Party (UCP) caucus to quit the party en masse and form an official opposition.

If even 25 rural UCP MLAs were to quit, Kenney would lose his power and it would likely spell the end of his career due to the fact that he is facing a leadership review in April.

Campaign Life Coalition has been fighting against the forced/coerced vaccination of Canadians with abortion-tainted COVID jabs. Many pro-lifers feel that it violates their conscience to take, what they believe, is a gravely unethical product linked to the murder of preborn babies.

Related to the abortion-tainted injections, we’ve also been demanding an end to what has been referred to as medical apartheid, creating two distinct classes of citizens: the vaccinated with superior rights and freedoms vs. the unvaccinated with fewer rights, such as the right to work and participate in society.

This type of discrimination is wrong, and doubly so when it forces pro-lifer citizens to take an abortion-tainted product against their conscience, on pain of being unable to feed their families.

Campaign Life Coalition believes pro-life and pro-freedom Albertans should seize this opportunity, whether vaccinated or unvaccinated, to end the totalitarian coercion of abortion-tainted mandates.

If you live in an Alberta riding that is represented by a UCP MLA, please take action.

Click the link below to find your local MLA. Then email and phone them, asking that they support the freedom truckers’ request, by quitting the UCP and forcing Kenney’s hand.

Click here or the button below to quickly send an Action Alert Email to your UCP MLA.

Email or Phone your MLA

Kenney has betrayed the pro-life/family movement one too many times. You’ll remember that he refused to vote against the NDP abortion bubble zone law and didn’t allow any of his MLAs to vote against it. He also betrayed the UCP’s pro-family base by fully embracing the LGBT agenda, organizing a UCP event for the “Gay Pride” festival and personally serving up pancakes at the event. His government arrested pastors for holding church services during unconstitutional lockdowns. Now, his insistence to keep forcing abortion-tainted jabs on unwilling citizens, on pain of losing their job without hope of employment insurance, is the final straw. We must resist this authoritarianism.

Ask your MLA to quit the UPC

You may hear on social media that Kenney has already “caved” to the truckers and promised to repeal the mandates. Don’t believe it. The truth is he has only promised to start developing “a plan.” He actually overruled his MLAs who voted in caucus last Monday to immediately end all mandates. The truckers — and many rural MLAs — do not believe Kenney is sincere about ending the mandates any time soon. Hence, this call to quit the caucus en masse.