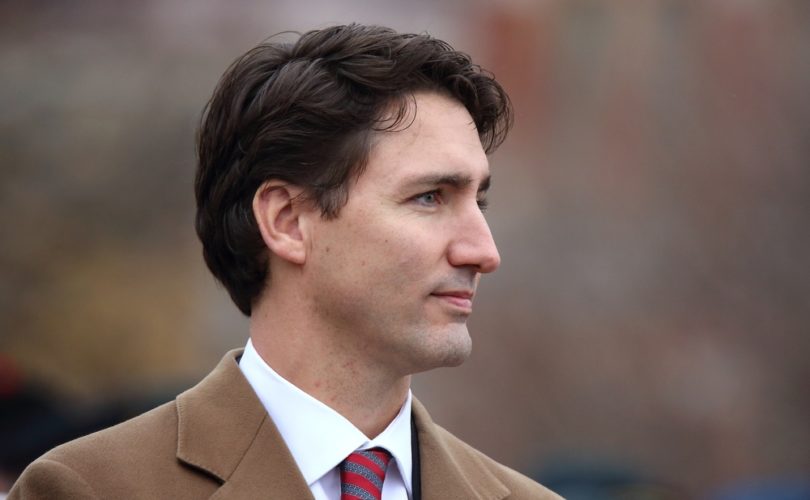 OTTAWA, February 11, 2016 (LifeSiteNews) – Catholic and Evangelical Protestant organizations are raising the alarm over the Trudeau government’s apparent intention to eliminate both the Office of Religious Freedom and the ambassadorship attached to it.

Responding to recent comments from Foreign Affairs Minister Stephane Dion that having an office exclusively for religious freedom would detract from Canada’s overall human rights thrust internationally, both the Catholic Civil Rights League and the Evangelical Fellowship of Canada have sent Dion and Prime Minister Justin Trudeau open letters asking him to sustain funding for the office and Ambassador Andrew Bennett’s position when it runs out this month.

“Canada cannot afford an abandonment of our strong commitment to freedom of conscience and religion at home and especially pursuing that objective abroad,” the CCRL’s executive director Christian Elia wrote the government. He told LifeSiteNews, “The office promoted an area of life that is very important to hundreds of millions of people world wide. People are dying for their religion. Million and millions of adherents are being persecuted for their belief.” Elia added that the office’s “modest funding” of $5 million a year seemed to be “the least we could do.”

EFC President Bruce Clemenger’s letter to the government echoed Elia’s concern about the pervasiveness of religious persecution.  He cited the Pew Research Centre, an independent polling and research foundation, which reports “More than three-quarters of the world’s population (77%) was living with high or very high levels of restrictions on religion in 2013. This was an increase from 68% in 2007.”

Clemenger told LifeSiteNews, “Religious freedom is the first freedom. The others flow from it, and if someone of the stature of an ambassador comes to your country to consider the religious freedom of its residents, leaders take notice.”

But the Liberal government may see religion as an impediment to its value system. Foreign Affairs Minister Dion told an Ottawa conference on international relations that “theocratism” was a major obstacle to advances in other human rights. At the same conference, and later in the House of Commons, he  responded to questions about the future of the office by criticising the singling out of one human right. At the conference he said, “All rights are together. So that will be our approach to see improvements of human rights in Canada and around the world.”

Elia believes Dion is expressing the “radical secularism” dominating the Liberal government. “It takes a narrow view of pluralism that relegates religious belief to private life.”

But an American expert on religious freedom, Political Science Professor Allen Hertzke of the University of Oklahoma, said the Liberal view of religion may be far more negative. “Religion is one of the most powerful forces in the world today,” he told LifeSiteNews. “There are those who see religious as divisive, as beknighted, as backward. But there is considerable empirical evidence that religion brings a broad set of social goods.”

The problem is not religion, said Hertzke, but repression of religion. “What is causing instability in so many countries is religious repression. Promoting religious freedom would go a long way to restoring peace.”

Hertzke added that Dion’s thinking that singling out one human right for protection weakens the others is not shared by the human rights community. “Most people involved in human rights believe that all their causes benefit from single-issue groups because they bring their special energy to the overall cause.” Hertzke noted that the United States not only has an office of its State Department devoted to international religious freedom, but others for homosexual rights and women’s rights.

When the Office of Religious Freedom was first proposed by the Conservative government of Prime Minister Stephen Harper, then-Liberal leader Michael Ignatieff, a foreign relations expert himself, supported it. But his successor, Bob Rae, opposed it, as did such Liberal Party heavyweights as Warren Kinsella, and then-Ontario Premier Dalton McGuinty, who thought it was to protect religious rights in Canada and therefore unnecessary.

Kinsella ran a list of 10 reasons to oppose the office, though several cancelled each other out. For example, he said Harper was foisting his government’s conservative Christian bias on other countries, but then said Canada was too small for anyone to pay attention. As well, he said the office was pandering to ethnic voters, then faulted the government for not consulting the two most populous Muslim sects.

Asked to comment on the issue, Dion’s spokesman John Babcock gave LifeSiteNews the following statement: “The promotion and protection of human rights, including freedom of religion, of belief, and of conscience, is an integral part of Canada's constructive leadership in the world.”

“Global Affairs officials are currently reviewing options for Canadian leadership to enhance our efforts to champion peaceful pluralism, respect for diversity, and human rights, including freedom of religion or belief.”