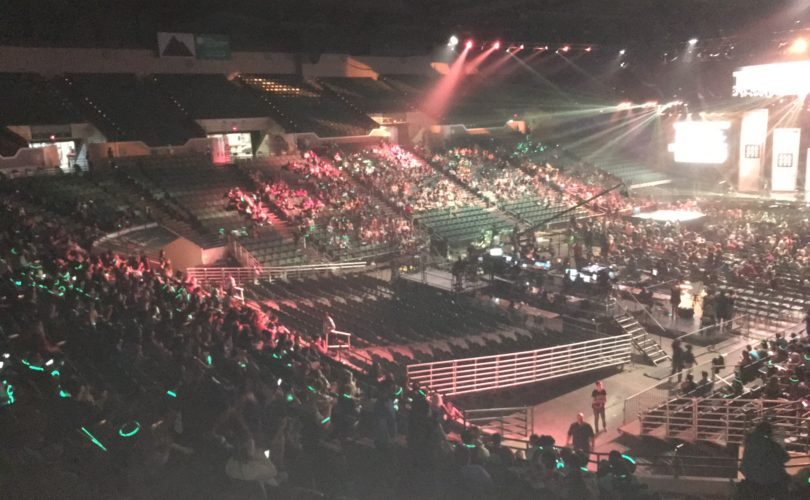 OTTAWA, July 31, 2020 (LifeSiteNews) — Prime Minister Justin Trudeau suggested to a House of Commons committee Thursday that he knew there would be a perception of conflict of interest if his cabinet approved a no-bid contract to oversee a $912 million student volunteer program to WE Charity, which has close ties to his family.

That’s why, when he first heard about the public service’s proposed deal on May 8, he “pushed back” and pulled the item from the cabinet agenda for further review, Trudeau said during his 90-minute online testimony.

“Given the scale of the program, the questions that have been raised and my own commitment to youth issues, we needed more time as well. We (chief of staff Katie Telford) both knew that WE Charity was known to be connected to people in our government, including myself, as I’d spoken at their events in the past,” Trudeau said.

“So we knew that the selection of WE Charity would be closely scrutinized. We wanted to make sure that the process and decision were the best possible in the circumstances. So I decided to pull the CSSG (Canada Student Service Grant) proposal from the cabinet agenda for May 8th so that further work could be done.”

But Trudeau did not consult the ethics commissioner, nor did he recuse himself when cabinet subsequently approved the contract on May 22, which he said was presented as a “binary choice” to either green-light the program overseen by WE Charity, or reject it entirely.

Trudeau took a rare step for a Canadian prime minister and testified before the finance committee meeting as his minority government becomes increasingly engulfed by a scandal that implicates Finance Minister Bill Morneau and raises significant questions about WE Charity itself and its relationship with the Liberal government.

Both Trudeau and Morneau are under investigation by the ethics commissioner and both have apologized for not recusing themselves from cabinet discussions to approve a now-cancelled contract that would have seen WE Charity receive up to $43.5 million to administer the Canada Student Service Grants program, reported CBC.

The CSSG is part of the Liberals’ COVID-19 economic relief efforts and was designed to give grants to students in return for volunteer hours, and has apparently been put on hold since the agreement was dissolved July 3.

Morneau is also facing calls to resign after he told the finance committee on Tuesday that he wrote a cheque that day for $41,366 to reimburse WE Charity for travel expenses for two trips his family took with the organization in 2017.

He has one daughter who works for WE Charity and another who has spoken at WE Day events on a volunteer basis, and has donated to the organization. Several former WE Charity staffers also told CBC that they felt pressured to attend Morneau’s “holiday party” in December 2018.

Trudeau, who has appeared at many WE events, is under fire because his mother and brother received more than $300,000 in the last four years to speak at WE events, and his wife Sophie Gregoire-Trudeau, a WE ambassador who hosts a WE podcast, received $1,400 to speak at a WE Day in 2012.

He told the committee he didn’t have details on how much money his family received from WE Charity over the years.

“My mother and my brother are professionals in their own right who have engagements and have for many, many years, with many different organizations across the country, and I don’t have the details of their work experiences or expenses,” he said.

The prime minister also said he had no influence over the public service decision that WE Charity was the only organization capable of managing the student volunteer program.

Trudeau said he does not socialize with Craig and Marc Kielburger, the Ontario Catholic brothers who in 1995 founded Free the Children, the forerunner of today’s WE global “youth empowerment movement” that includes WE Charity, the for-profit “social enterprise” ME to WE, and is perhaps best known for its star-studded WE Day stadium extravaganzas for students.

As criticism of their organization intensifies in the wake of the scandal, the Kielburgers also testified for four hours before the committee earlier this week.

It was revealed in early July that most of the WE Charity board of directors for Canada and the United States either resigned or were replaced in March. Former Canadian board chair Michelle Douglas told the committee on Tuesday that the charity’s management refused to provide her with more financial information during massive layoffs that month, the National Post reported.

Craig Kielburger then asked her to resign and she agreed because “I could not discharge my governance duties,” Douglas said.

The brothers testified later that day that they and Douglas disagreed on what level of reporting was necessary. They contended that “inaccurate statements” are “truly killing” their organization, which admittedly has “grown overly complex.”

WE Charity is also downplaying reports that it violated its loan covenants two years in a row, “failing to pay back millions in bank loans despite having the assets to do so,” the National Post reported.

The bank granted deferments because “WE Charity had tens of millions in real estate secured against these loans.”

It also has emerged that the Liberals awarded the contract not to We Charity but to We Charity Foundation, which only received charity status last year and has as its sole purpose to “hold real estate,” according to Global News.

“It is absolutely shocking that the government would say that they provided a grant to WE Charity when in fact they provided the grant or funds to WE Charity Foundation — a shell corporation with no assets, no history, no record of charitable work,” lawyer Mark Blumberg told Global News.

NDP and Conservative committee members also grilled Trudeau’s chief of staff Katie Telford on Thursday regarding the timeline of events, notably that Trudeau announced the student volunteer program on April 22, and that WE Charity began incurring expenses for the program on May 5, three days before Trudeau said he first heard about the deal and some two weeks before cabinet approved it.

Conservative political strategist Jenni Byrne was among commentators tweeting doubts about this:

So @telfordk is saying that @JustinTrudeau announced a $1b program with no thought on how it would be administered. Then the public service spent 16 days developing said policy with no political input or briefing. Anyone who has worked in Govt knows that would never happen

“Saying he ‘pushed back’ against the deal because he knew what the perception would be if it was approved is devastating to his defence of not committing a conflict of interest when he voted in favour of it in cabinet. He knew the perception of being in a conflict & did it anyway,” tweeted Toronto Sun columnist Lorrie Goldstein.

He also referred to the seeming contradictions between various testimonies as a “like a liar’s picnic.”

It's like the liar's picnic:
“I think it speaks to his heart and that’s why I’m inspired and hopeful to see what will emerge,” said Craig Kielburger, who has known Trudeau for more than a decade and considers him a friend. https://t.co/ItfAlJKVQY https://t.co/J1MwNJVj6G

Trudeau’s argument, summarized: I had to violate the conflict of interest laws or the program would not have gone ahead.

The Kielburger brothers carefully cultivated their relationship with @JustinTrudeau.
They hired his family and embedded themselves with @Bill_morneau.
And yet when asked if he understood this was a conflict of interest the PM wouldn't answer.https://t.co/khKr3xlODy

This is Trudeau’s third ethics investigation since he was elected prime minister in 2015. Ethics commissioner Mario Dion ruled last year that the prime minister improperly pressured former attorney general Jody Wilson-Raybould to intervene in the criminal prosecution of SNC-Lavalin. In 2017, he was found to have breached ethics when he accepted family vacations on the Aga Khan’s private island.

It remains to be seen what effect the current controversy will have on the Trudeau government, but WE Charity has announced it is canceling WE Days “indefinitely,” pointed out Parents As First Educators (PAFE) president Teresa Pierre in an email to supporters.

Thus the “scandal may have an additional positive effect of limiting the ability of WE to engage young people in its cult-like movement for ‘social change,’” she said.

In a study published last year, two researchers at Queen’s University described WE Charity as a “new secular spiritual movement,” and it recruits young people through the 7,000 schools in Canada — many of which are Catholic schools — that are involved in its WE Schools program, wrote Pierre.

Moreover, performances at WE Days “have been repeatedly criticized by family values organizations over the years for their raunchy lyrics and suggestive dance routines,”she observed

Notably, Jennifer Lopez’s “eyebrow-raising ‘sex romp’ to her song ‘Booty’ in 2014 that had one commentator asking whether WE Day was suitable for young children.”

LifeSiteNews has reported extensively on similar scenarios at WE Days, as well as the fact that Marc Kielburger admitted in March 2011 in a letter to the Ottawa Catholic School Board that Free the Children stocked contraceptives at their Baraka medical clinics in Kenya. The Kenyan bishops asked Canadian and U.S. Catholics to stop funding the charity for this reason.

The brothers signed a Mother’s Day Manifesto in 2011 denouncing the Conservatives’ planned funding cuts to the International Planned Parenthood Federation as a “paternalistic refusal to offer women in Africa the same rights offered to women in Canada.”