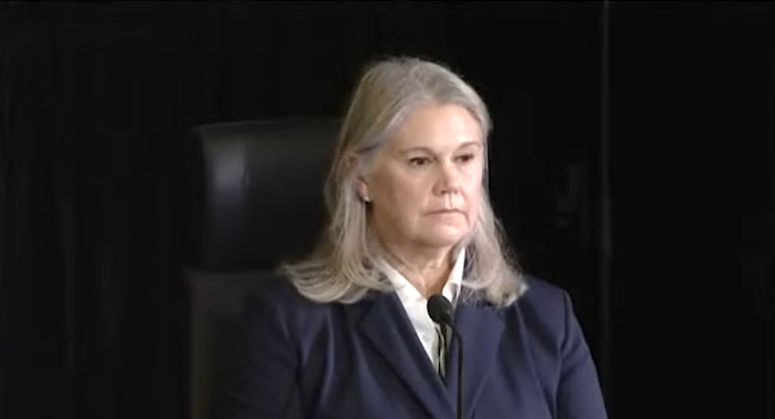 OTTAWA (LifeSiteNews) — The Emergencies Act (EA) hearings have revealed that Justin Trudeau’s national security adviser broadened the scope of what constitutes a “threat to security of Canada” to justify using the EA against the Freedom Convoy.

During the Public Order Emergency Commission’s Thursday hearing, it was revealed that last fall the prime minister’s national security adviser (NSIA) Jody Thomas – along with other officials in a panel – told commission lawyers that while the Canadian Security Intelligence Service (CSIS) did not consider the Freedom Convoy protest to be a threat to national security – a prerequisite for invoking the EA – they were of the opinion that the definition of a “threat” to security needed to be “reconsidered,” and therefore it was permissible to use the EA.

“The panel explained that security threats have evolved in the 40-year period since the enactment of the Emergencies Act,” reads a summary of the explanation given by Thomas and the other officials.

“The panel concluded that the reference to a threat to the security of Canada as defined by section 2 of the CSIS Act in section 16 of the Emergencies Act should be reconsidered.”

This explosive revelation caused a firestorm in the media, with many expressing shock that Thomas seemed to be admitting that the Trudeau government ignored the rule of law when enacting the EA.

“[Thomas] said the government knew that CSIS did not believe the protest met the definition of a national emergency. But instead of accepting that – which should have taken the Emergencies Act off the table since the threshold for invoking it was not met under the law – they decided to make up a new definition based on how they ‘felt’ about it,” wrote political commentator Spencer Fernando.

“If the Inquiry now comes to any conclusion other than that the Liberal government WRONGFULLY invoked the Act, we can be certain that the fix was in from the very beginning,” Fernando added.

Andrew Wudrick, the director of domestic policy at the McDonald-Laurier Institute, likewise reacted with shock at the revelation.

THREAD: IMO this is the most jaw-dropping revelation to come out of #PEOC thus far. The PM’s national security advisor took it upon herself to make up a new definition of ‘security threat’ because she didn’t like the one that the law required. /1 https://t.co/Hbsy3jFoku

Now, let’s assume for a moment she’s merely trying to be practical. The convoy represents a problem that needs to be solved. She looks to the law – the Emergencies Act – that she thinks is needed to solve it. She realizes she can’t meet the test in law. So she gets creative. /3

But obviously, this would effectively change the law. That happens through Parliament, by passing new laws or regs. Even judges can (rightly) catch flak for being too expansive with redefining terms. Jody Thomas simply has no authority to do this on a whim /4

The Canadian Civil Liberties Association (CCLA) also gave their take on the recent developments, much of which mirrored the conclusions drawn by Wudrick and Fernando.

“This week we have heard from federal officials but none have been able to back up the claim there was a national emergency as defined by the Emergencies Act,” wrote CCLA Director of Fundamental Freedoms Cara Zwibel.

“We have argued from the very beginning there was no national emergency within the meaning of the law. Witnesses have now stated that the government declared an emergency using criteria found outside the confines of the definition of the Emergencies Act. The government’s position seems to be that it was entitled to do so. This is profoundly disturbing.”

Opining what this revelation means in terms of the ongoing investigation by the commission, Zwibel added:

National emergencies that authorize extraordinary powers cannot be in the eye of the beholder. The criteria for using the Emergencies Act is not suggestion – it is carefully prescribed law. The Commission has another full week of evidence to hear, but the evidence to date suggests it will be very hard for the government to meet its burden.

As reported by LifeSiteNews, while the EA was ultimately revoked shortly after its invocation, in the interim the Trudeau government gave sweeping permissions to financial institutions, allowing them to freeze the bank accounts of those involved in the protest without a court order.

The inquiry into Trudeau’s use of the EA began October 13 and is set to end in late November. A total of 65 witnesses are slated to testify, including Trudeau.