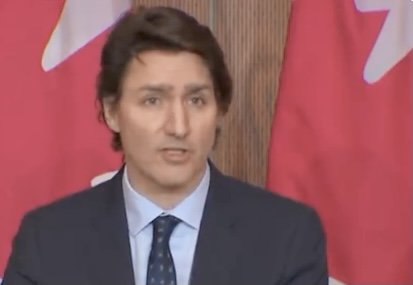 Prime Minister Justin Trudeau announced in late February that he was ending the Emergencies Act.Twitter

(LifeSiteNews) — A Canadian senator revealed that before Justin Trudeau ended the Emergencies Act there was a “movement” behind the scenes that included Liberals working to end the measure.

Manitoba Senator Marilou McPhedran, who was appointed by Prime Minister Justin Trudeau in 2016, revealed in a panel discussion on April 14 that Trudeau was aware there was a “significant number of senators, and MPs, including some Liberals” who were collecting enough signatures to end the use of the Emergencies Act, which ultimately led him to end the measure voluntarily.

“We didn’t end up having to do that [collect and present the requisite signatures],” McPhedran said.

“The government was well aware that we were fairly far along in creating that joint letter that was required under this particular section, and instead there was the decision to suspend [the Emergencies Act],” the senator said.

The unprecedented decision allowed Trudeau to deploy the national police force to physically remove the largely peaceful demonstration as well as compel financial institutions to freeze the bank accounts of private citizens involved in the civil liberties protest.

Despite Trudeau getting confirmation from the House of Commons to continue the emergency action on February 21, two days later he abruptly revoked the act on February 23, with McPhedran’s statements now confirming that the decision to end the act was due to pressure from senators and other politicians, including those within his own party

Trudeau’s decision to use the Emergencies Act has been the subject of immense controversy since it was first announced, with the Canadian Civil Liberties Association launching a lawsuit against the federal government citing that there was no constitutional justification for invoking the measure.

Since then, a special parliamentary committee has been convened to investigate Trudeau’s unprecedented action to determine if the invocation of the measure did indeed violate the constitutional rights of Canadians.