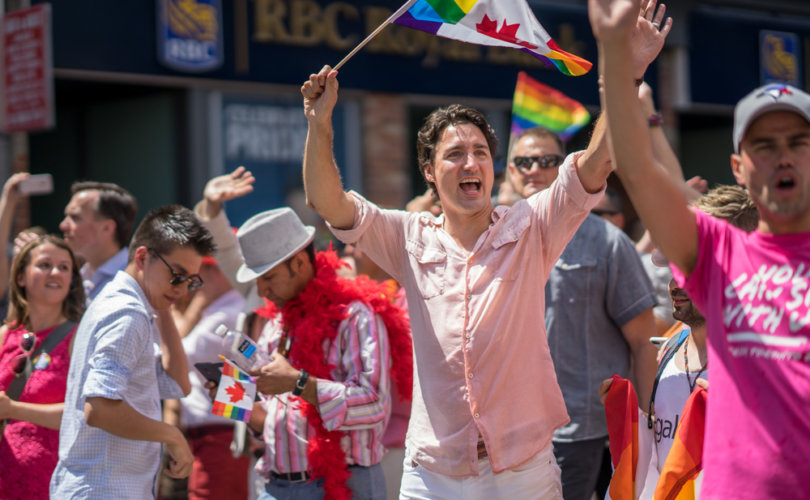 OTTAWA, Ontario, October 29, 2020 (LifeSiteNews) – A controversial Canadian bill that would criminalize offering help to those wanting to overcome unwanted same-sex attraction or gender confusion passed its second reading yesterday in the House of Commons with Conservative Party support.

Yesterday, Members of Parliament (MPs) voted 306-7 in favor of a motion giving their approval in principle to Bill C-6, “An Act to amend the Criminal Code (conversion therapy).” The bill, which has been called a “disgraceful” attack on parental freedoms by family groups, was introduced by Justice Minister David Lametti on October 1.

Bill C-6 passed with the near-full support of Conservative Party MPs, with virtually all Liberal, New Democrat, Green, Bloc Quebecois, along with independent MPs voted in support of C-6 as well.

Voting against the bill was only a handful of Conservative Party of Canada (CPC) MP’s, those being Derek Sloan, Jeremy Patzer, Arnold Viersen, Bob Zimmer, Ted Falk, Tom Kmiec, and Damien Kurek.

“This was a huge betrayal of the socially conservative movement by every single one of the MPs who gave their assent to criminalizing parents, pastors, priests, and licensed professionals. Shame on them,” Fonseca told LifeSiteNews.

“What I wasn’t prepared for was to see all but seven Conservatives MPs vote in favor of criminalizing all public expression of biblical teaching on homosexuality, which is the true motive of Bill C-6.”

The controversial Bill C-6 will now head to the House of Commons Justice committee for review.

Bill C-6 is identical to Bill C-8, which was dropped, along with all other bills, when Canadian Prime Minister Justin Trudeau prorogued Parliament in August.

During debate of the bill Monday, Sloan raised concerns that it could even go as far as to potentially outlaw praying for homosexuals as a therapy attempt. In the past, Sloan remarked that Trudeau’s bill would legislate “child abuse.”

Many CPC MPs known as social conservatives voted yes to send the bill to the Justice Committee, including Cathay Wagantall and Nellie Shin.

Wagantall said she voted for the bill despite her misgivings in the hopes a committee would fix the “flaws” of the bill.

“With the best of faith, I vote in favour of sending this flawed bill to committee,” said Wagantall as she registered her virtual vote.

Notably, former CPC leader Andrew Scheer skipped the vote along with a handful of other CPC MPs.

Current CPC leader Erin O’Toole, who supports the bill, voted in favor of Bill C-6 but allowed his MP’s a free vote on the bill.

Fonseca offered praise to the CPC MPs who voted against Bill C-6, noting that they all have a green-light rating from CLC, meaning they have solid pro-life and pro-family views.

“Congratulations to MP Derek Sloan, MP Arnold Viersen and the other five who voted with integrity and honor against this unconstitutional, fascistic legislation,” Fonseca told LifeSiteNews.

“But what on earth happened to the other Conservatives-in-name-only, including the many pro-life MPs who just gave their stamp of approval to a law that will result in mass child abuse?”

According to the American Psychiatric Association’s Diagnostic and Statistical Manual of Mental Disorders, up to 98 percent of boys and 88 percent of girls resolve feelings of gender dysphoria and accept their biological sex after naturally going through puberty.

Bill C-6 defines “conversion therapy” as any “practice, treatment or service designed to change a person’s sexual orientation to heterosexual or gender identity to cisgender, or to repress or reduce non-heterosexual attraction or sexual behaviour.”

Trudeau has been a champion for Bill C-6, saying about it during a recent debate on the bill this week, “Our legislation will criminalize efforts to force someone to change or hide who they are. While Conservatives couch their support for conversion therapy behind misleading arguments, on this side, we will always stand up for the rights of Canadians.”

Weeks ago, Lametti told reporters that the Liberal party in pushing forward Bill C-6 would not “criminalize conversations where personal points of view on sexual orientation or gender identity are expressed.”

He also said that his party has not made it illegal for Canadians to be able to have their own opinions on homosexuality or transgenderism.

Gwen Landolt of REAL Women told LifeSiteNews in early October that Bill C-6 is “disgraceful” and a “wicked” piece of legislation, after it was introduced in parliament.

Despite being disappointed by the way the CPC party members voted for Bill C-6, Fonseca said that there is still hope and the “fight is not over.”

“The good news is that this fight is not over, it's just beginning. We can still educate Members of Parliament in all parties about the unconstitutionality of Bill C-6, the danger it presents to thousands of Canadian children who could now be pushed to chemically and surgically mutilate themselves without any voice of sober second thought to give them pause, and the enormous persecution it will bring upon the heads of believers in Jesus Christ, both laity and clergy, who dare express support for biblical teaching on human sexuality,” Fonseca told LifeSiteNews.

Fonseca noted their site came “just in time for the next major battle to persuade the Justice Committee to reject Bill C-6.”

“Our new tool (stoptheban.ca) has powerful testimonials from ex-gays and ex-transgenders which make it obvious to anybody with an open mind why banning ‘conversion therapy’ is unjust, and cannot be allowed to happen,” Fonseca told LifeSiteNews.

In addition to CLC, the group Parents as First Educators (PAFE) also created a petition to “Stop Justin Trudeau from encroaching on parental rights and limiting therapy options!”

In an email sent to followers this morning, PAFE said that it is of “of URGENT importance” to contact your MP, especially if they voted for Bill C-6 because the bill “can criminalize parents who try to help their children who are questioning their gender.”

PAFE has provided talking points one can use when contacting their local MP.

For M.P. contact information, check CLC’s website here, or use its Action Alert Email campaign to send your M.P. a message.