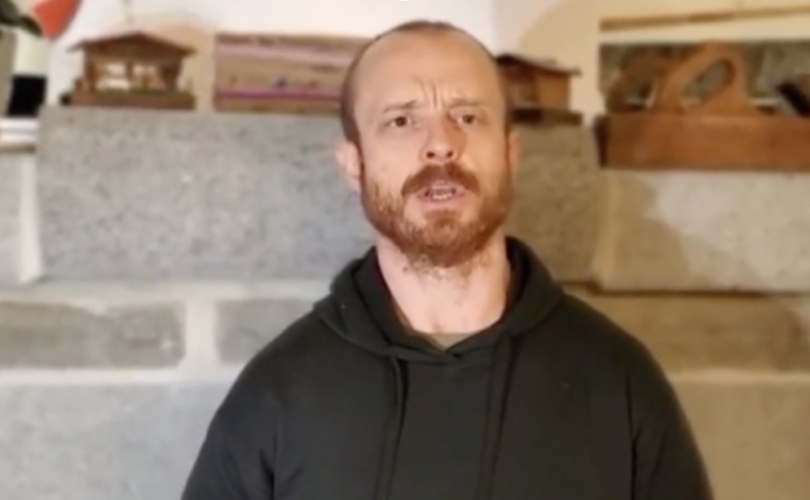 Daniel Bulford, formerly of the RCMPScreenshot

OTTAWA (LifeSiteNews) – Corporal Daniel Bulford, a former Royal Canadian Mounted Police (RCMP) sniper who “resigned” rather than take the COVID vaccine, has volunteered to help coordinate security for the Freedom Convoy in Ottawa.

Last fall he came out against vaccine mandates for the RCMP and left his post in Prime Minister Justin Trudeau’s security detail.

Journalist Keean Bexte spoke with Bulford at length “over Trudeau’s “first step” to tame the national police force and what his plans are for the rest of the population.” Corporal Bulford called vaccine mandates for law enforcement a “line in the sand” and was ousted from the RCMP. He has since worked with Mounties 4 Freedom and has advocated for sound policing that respects the rights of Canadians.

Below is another more personal and at times emotional talk by Bulford given at a Covid Care Alliance event last November.

Now working with the Freedom Convoy, he has applied his extensive background in counter-terrorism tactics to ensure that no manufactured violence can be coaxed out of the freedom movement or pinned on the truckers.

Two days ago, he released a statement that referred to a small counter-protest that was held with the intent of labeling the truckers as “terrorists,” a claim that he flatly rejected.

“We reject the Liberal government’s attempt to label us as terrorists,” he said.

“We hope that the anger and hateful rhetoric exhibited by the organizers of the counter-protest will not cause any undue [hardship] or unrest to the people gathered in downtown Ottawa. We are happy to continue working with law enforcement on the ground.”

Bulford explained that he had extensive experience in counter terrorism work and said that what was happening in Ottawa was in no way an act of terrorism.

“The only real threat to our country at this moment and our democracy is the Justin Trudeau Liberal government,” he said

After Ottawa police began seizing fuel from the truckers and arresting people who brought fuel to them, Bulford released another statement calling into question the legality of the arrests and called the actions of the Ottawa cops a “scare tactic.”

To the protesters he said: “Please remain calm; this is a scare tactic to coerce people into submission. They don’t have a legal leg to stand on.”

“The world is watching, and this reflects very poorly on the City of Ottawa and the police services,” he added.

To circumvent the restrictions on bringing fuel to the truckers, protesters and residents of Ottawa have taken to carrying around empty gas cans as they walk about the city, thereby confusing officers as to who is carrying fuel and who isn’t.

After the “fuel ban” it is now illegal to bring gas cans to the Freedom Convoy Peaceful Protest — here is what the streets of Ottawa looked like tonight.
God bless these people 🙏🏻😂 pic.twitter.com/kswVn4vtVS

According to Bell, carrying empty gas cans “identifies a level of sophistication and a level of ability of this group to try and subvert police efforts.”

In his opinion, the Ottawa police are not equipped to cope with people carrying empty gas cans.