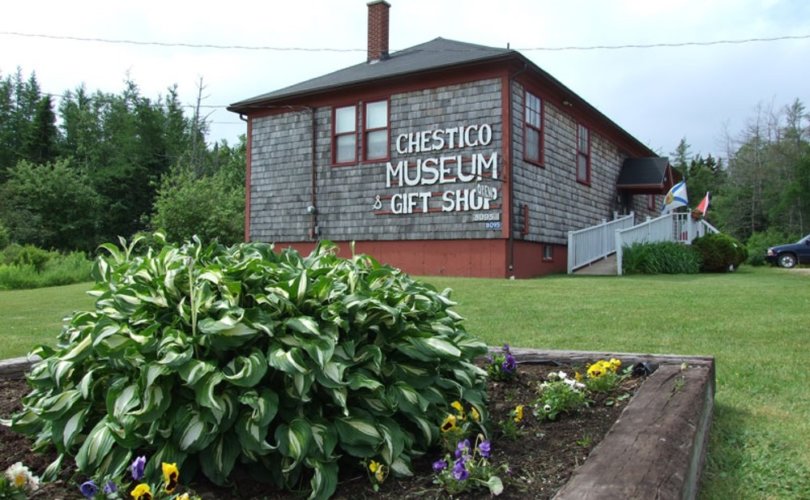 But the Liberals controversially now require that employers check off an attestation that their “core mandate” respects abortion and LGBTQ “rights” when applying for Canada Summer Job grants.

The museum isn’t aligned with any religion, but Mallette and the membership of the Chestico Museum and Historical Society decided not to check off the attestation.

Chestico Museum is located in the predominantly Catholic county of Inverness, and most of the people Mallette spoke to disagreed with the Liberal policy, she said.

“It was just the fact that the federal government has no rights asking such a question on an application to hire a summer student,” she told the Cape Breton Post.

“I’m dating myself, but another Trudeau, back in the time, said there’s no place for the state in the bedrooms of the nation — that’s private, you don’t put people to sit down and discuss this type of thing. It’s inappropriate.”

That a heritage museum quietly operating in an old two-room schoolhouse by the sea has been caught in the crosshairs of the Liberal government’s ideological war has Jack Fonseca of Campaign Life Coalition fuming.

“This is just more evidence that Justin Trudeau is transforming the Liberal Party into a hate group against Christians,” he told LifeSiteNews.

“The Liberal party is the party of intolerance, exclusion – and yes, hatred towards Christians.  Please God – deliver us from this tyrant before he takes away all our rights.”

Mallette subsequently got a call from Service Canada asking if not checking off the attestation was an oversight. She replied that it was intentional, and hasn’t heard back since.

Nor has she been able to speak to Rodger Cuzner, the MP for Cape Breton-Canso, on the matter, Mallette told the Cape Breton Post.

LifeSiteNews contacted Cuzner’s office for a comment, but received no reply.

“We’ll see what happens. Maybe we could have just closed our eyes and ticked the box,” Mallette said.

“I think where I stand personally is that once you start that and use that as a means to get information, where’s the government going to stop? Is it going to be on all applications? What else are they going to ask?”

Meanwhile, Chestico Museum has been approved for a provincial grant to hire a student, Mallette said. The museum is located in a two-room school house, where it displays archives and artefacts from Port Hood’s storied past, and runs a gift shop.

“We’re not closed-minded — we’re open to every type of student because you learn something from them, as well as teaching them certain things at the museum like cataloguing and putting on concerts or fundraising,” she told the Cape Breton Post.

A bible camp in Alberta was refused Canada Summer Job grants for leaving the attestation unchecked, and may have to cut six jobs as a result of the shortfall, CBC reported earlier this week.

Service Canada has rejected 1,561 Canada Summer Job applications this year, compared to 126 in 2016, “suggesting that more than 1,400 applications were rejected for protesting the attestation,” noted the National Post.

Canada’s religious leaders warned this would happen when they decried to the attestation as discriminatory. Eighty-seven of them signed an open letter to Employment Minister Patty Hajdu in January asking her to drop the attestation.

But she and Trudeau defended the policy as a means to deny government funds to pro-life activist groups or associations opposed to LGBTQ “rights.”

Hajdu also argued “core mandate” doesn’t refer to beliefs, but faith leaders were equally adamant they can’t sign the attestation in good conscience. The minister has said she won’t alter the attestation this year, but is open to modifying in 2019.

Meanwhile, the Toronto Right to Life is challenging the attestation in court on the grounds that it violates the Charter. The case will be heard June 19 in Federal Court.