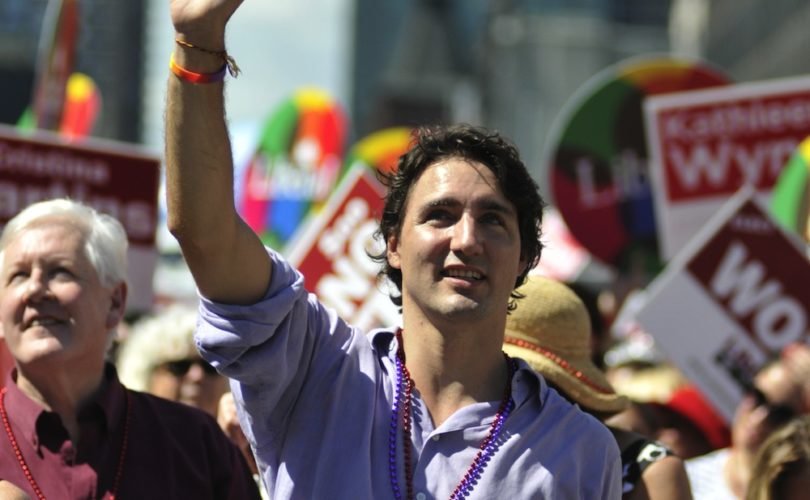 CALGARY, Alberta, August 18, 2015 (LifeSiteNews) — While Liberal leader Justin Trudeau has forbidden pro-lifers from joining the party, he has no problem defending what some pundits are calling his “prize candidate” who hit the national spotlight today for tweeting four years ago that a person she disagreed with should have been aborted in a back alley.

Calgary-Nose Hill Liberal Party candidate Ala Buzreba, a 21 year-old Muslim, tweeted in 2011 to a pro-Israel account that “Your mother should have used that coat hanger.”

In another April 2011 tweet Buzreba told someone else they should “Go blow your brains out you waste of sperm,” using the hashtags #racist and #bigot.

Buzreba has since apologized for the tweets, saying via Twitter they “reflect a much younger person.”

Trudeau has indicated that Buzreba will remain a Liberal candidate, saying during an appearance in Sault Ste. Marie that he is “glad to see she has unreservedly apologized,” reported Global News.

“When someone makes a mistake it’s important that they own up to it and they apologize,” he said. “Ala has unreservedly apologized for her comments and I think it’s important to point out that she was a teenager and that we all make mistakes.”

But social media is abuzz with calls for Buzreba to step down as Liberal candidate.

Warren Kinsella, Toronto-based lawyer and political consultant, satirized the situation by stating on his website:

“Butts told me I wouldn’t be green lit because I was ‘too controversial’ – …that’s what I thought about when I heard about Justin Trudeau’s prize candidate Ala Buzreba. And then I thought: I wouldn’t want to be a candidate for a party that refuses to expel someone like this.”