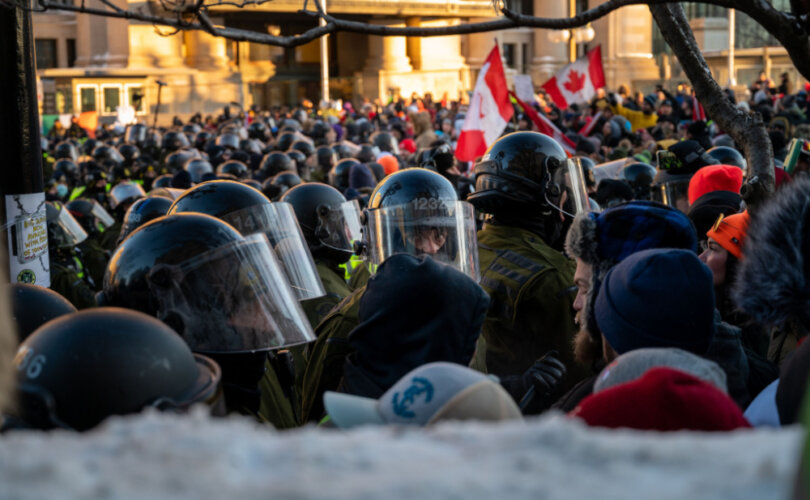 The Commission is being overseen by Liberal-friendly Justice Paul Rouleau and has been tasked with looking into how the Emergencies Act (EA) was used by the Trudeau government to crush the Freedom Convoy.

Lawyers for the Freedom Convoy as well as those for the government will be asking Trudeau questions regarding his role in using the EA to stop the protests.

On Thursday, Trudeau Chief of Staff Katie Telford will be called to testify.

The Public Order Emergency Commission in a note sent to media, including LifeSiteNews, said Rouleau “expects that all participants will maintain the decorum of the hearings and that the conduct of everyone in the hearing room will continue to be respectful at all times.”

The Commission noted that due to Trudeau’s attendance on Friday, “Logistical and security arrangements will be modified on Friday when the Prime Minister testifies at the Public Order Emergency Commission.”

The Public Order Emergency Commission hearings into Trudeau’s unprecedented use of the EA to crush the Freedom Convoy began October 13 and is expected to conclude Friday.

Over 65 witnesses to date have been called to testify before the hearings, including many of Trudeau’s cabinet members who testified this week.

During the Freedom Convoy protests before Trudeau enacted the EA, he said those opposing his measures were of a “small, fringe minority” who hold “unacceptable views.”

It was recently shown that Trudeau wanted to use EA to stop the Freedom Convoy days before he invoked the extreme measures.

Freedom Convoy lawyer Brendan Miller recently alleged that he knows the identity of the provocateur seen and photographed holding a Nazi flag during the trucker Freedom Convoy in late January is a former Toronto Star manager.

The incident involving the person photographed carrying the Nazi flag took place on January 29 during the height of the Freedom Convoy.

It was used by Trudeau as a reason to take action against the Freedom Convoy, who smeared the protesters as “a few people shouting and waving swastikas.”

While Trudeau ultimately revoked the EA on February 23, many Canadians who supported the Freedom Convoy were targeted by the federal government and had bank accounts frozen without a court order.