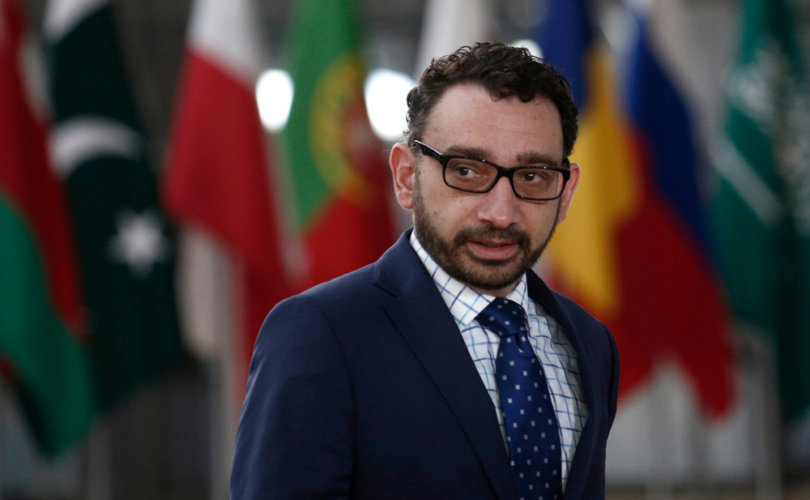 OTTAWA, Ontario (LifeSiteNews) — Prime Minister Justin Trudeau’s Liberal government has pushed back against huge protests fighting expanding COVID jab mandates across the country, indicating that it will not only not back down on the restrictive measures, but will implement an additional inoculation requirement for truckers moving between provinces.

Canadian Transport Minister Omar Alghabra told CBC’s Rosemary Barton that an interprovincial COVID shot mandate is being considered by the government, citing the party’s election campaign promise of “vaccines and vaccine mandates” during the fall.

“In the last election we actually campaigned on vaccines and vaccine mandates. Minister [Seamus] O’Regan just last December announced that we are working on regulating all federally regulated sectors requiring [a] vaccine. So there is ongoing work,” Alghabra said in the interview.

“No one should be surprised that there is work being done to get us there,” Liberal Transport minister Omar Alghabra hints at a vaccine mandate for interprovincial truck drivers in Canada. #cdnpoli pic.twitter.com/mCzNUEnOG3

“As of right now, that policy is not in place,” the minister continued, “but no one should be surprised that there is work happening to get us there.”

The announcement comes on the heels of Trudeau smearing the Freedom Convoy and its many thousands of supporters as “Nazis” and “racists” who are full of “intolerance and hate,” a message he delivered while in hiding outside of Ottawa during the weekend’s protest in the nation’s capital.

Trudeau also maligned the demonstrators as “violent.” However, numerous video testimonies from police on the ground in Ottawa, as well as extensive drone footage of the area, attest to the peaceable nature of the gathering. As things stand, no arrests or injuries have been reported at the protest convoy.

Indeed, protestors challenged a sole man who was carrying a Confederate flag amid the protest ù an image used in the media to stoke allegations of racism — and suspected him of being an agent provocateur.

He doesn’t always act as an “agent provocateur”, but when he does, he brings a Confederate flag to a Canadian protest, and his own personal photographer. He is… The most obvious agent provocateur in the world! https://t.co/5w7X4b0luB

The man, whose face was completely covered, later left the scene after attention was drawn to him.

While truckers have been protesting the punishing quarantine requirement for remaining un-jabbed, the country is suffering a shortage of drivers as a result of the mandate, according to haulers.

Robert Penner, the CEO of Winnipeg-based Bison Transport, one of Canada’s largest trucking firms, said his company alone has already lost nearly ten percent of its cross-border drivers due to the trucker jab mandate, which went into effect on January 15.

Penner noted that “without question” the COVID jab mandate for truckers has created “challenges for our industry,” noting that it will “drive up costs on all goods originating from or destined to the United States,” as reported in the Globe & Mail.

A consequence of the driver shortage will be that the already “fractured supply chain” will face further damage, president of the Private Motor Truck Council of Canada Mark Millian warned.

Trudeau pushed back against claims of a weakened supply chain, criticizing the opposition Conservative Party for what he described as “fearmongering to Canadians about the supply chain, but the reality is that vaccination is how we’re going to get through this.”

Alberta Premier Jason Kenney acknowledged that the country is facing a supply chain issue which only stands to be worsened by the restrictive mandate imposed on truckers.

“The decision to require unvaccinated truckers to quarantine after they cross the border has basically taken thousands of long-haul truckers out of the cross-border transportation logistics system,” Kenney lamented. As a result, he requested the federal governments of both Canada and the U.S. to “simply exercise a bit of common sense here and to extend an exemption for unvaccinated cross-border truckers.”

“This policy I don’t think makes any compelling public-health sense, but it will worsen what we know is a growing supply chain issue,” he stated. “This is turning into a crisis.”