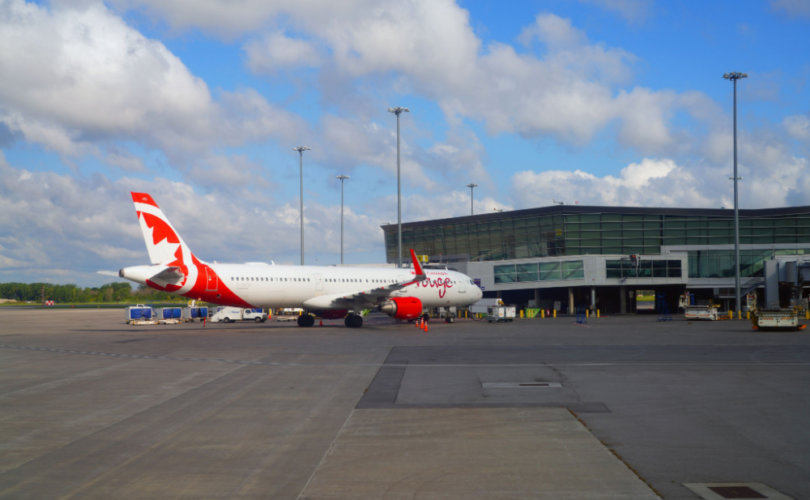 OTTAWA (LifeSiteNews) – The Canadian federal government under Prime Minister Justin Trudeau acknowledged in writing that it has a $105.3 million contract with the World Economic Forum (WEF) to help create a digital identification system for travel.

The multimillion-dollar use of taxpayer money to create a digital ID system was exposed by Conservative Party of Canada (CPC) MP Leslyn Lewis.

“The gov’t finally admitted that they have a $105.3 million contract with the World Economic Forum for the Known Traveler Digital ID. Take a look at this order paper. It’s no longer a conspiracy theory – it’s a contractual fact!” tweeted Lewis yesterday.

Through an Inquiry of Ministry, Lewis demanded information from the Trudeau government and Transportation Minister Omar Alghabra over its participation in the WEF’s Known Traveler Digital Identity (KTDI) pilot program.

According to the Inquiry of Ministry, which was signed by Alghabra and dated June 14, 2022, the program was first started in 2018.

Alghabra indicated that the program is a “pilot” that has not yet been implemented but would be “voluntary.”

“Budget 2021 proposed $105.3 million over five years, starting in 2021-22, with $28.7 million in remaining amortization and $10.2 million per year ongoing to Transport Canada to collaborate with international partners to further advance the KTDI pilot project,” the document reads.

Lewis asked Alghabra a list of questions about Canada’s involvement in the KTDI program, including how many travelers have decided to use the program. Alghabra’s answers were vague and short on details.

“This information is not available. However, the volume of participants would be decided by participating air carriers,” Alghabra answered.

Alghabra also noted that the pilot program was “deferred due to the pandemic.”

The WEF’s KTDI is an initiative that brings together a “global consortium of individuals, governments, authorities and the travel industry to enhance security in world travel.”

Lewis for some time has been sounding the alarm over the Canadian government’s involvement with the WEF’s KTDI program. She has also blasted Trudeau’s connections to the WEF.

A few months ago, LifeSiteNews reported that the Trudeau government was working with top airlines and hoping to mandate all travelers use a form of “digital identity documents” complete with facial recognition biometric data for pre-boarding flights.

A person’s biometric information can be in the form of fingerprints or an eye scan, which are highly personal.

It was shown last year that the Trudeau Liberals secretly scanned millions of travelers’ faces without their consent at Toronto Pearson International Airport in 2016.

Additionally, the Trudeau government, as reported by LifeSiteNews in May, is looking to push forth a national “Digital Identity Program” despite experts’ privacy concerns.