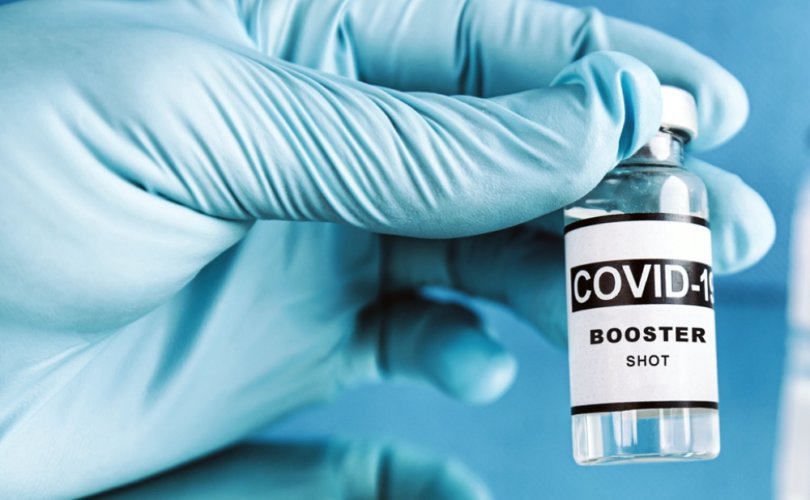 OTTAWA (LifeSiteNews) — Prime Minister Justin Trudeau’s Liberal government is considering whether or not booster shots should be added to the federal employee vaccine mandate.

While the provinces have rescinded their vaccine mandates and most of their other so-called COVID policies, it was reported last week that the Trudeau government is “reviewing” its mandates, which includes a discussion about whether or not the policy should be expanded to require a third dose of the experimental COVID as a condition of employment with the federal government.

According to Mona Fortier, president of the Treasury Board, “Any decisions will be based on science and the advice of public health officials,” including a reconsideration of what it means to be “fully vaccinated.”

President Chris Aylward of the Public Service Alliance of Canada, a union that represents over 200,000 government employees, said, “I have no idea what that renewed policy might look like,” suggesting his members have been left in the dark about the government’s plans.

Despite 98 percent of federal employees being fully vaccinated, and with Aylward saying “very, very few” employees have actually been placed on unpaid leave as a result of non-compliance, unions have nevertheless continued to push back against mandates on behalf of those who have chosen to remain unvaccinated for a variety of reasons.

In particular, The Professional Institute of the Public Service of Canada released a statement asking when the Trudeau government will finally ax the mandate, and has already filed a grievance against the existing policy, arguing that suspending someone over a private medical choice is a form of discipline without cause.

“As provinces ease restrictions, the employer must do the same and allow members on Leave Without Pay (LWOP) to come back to work,” the PIPSC said.

The COVID-19 injections approved for emergency use in Canada have been associated with severe side effects such as blood clots, rashes, miscarriages, and even heart attacks in young, healthy men. They also have connections to cell lines derived from aborted babies.  As a result, many Catholics and other Christians refuse to take them.

Moreover, a growing body of data now indicates that vaccine mandates and passports have been a failed strategy for tackling COVID.