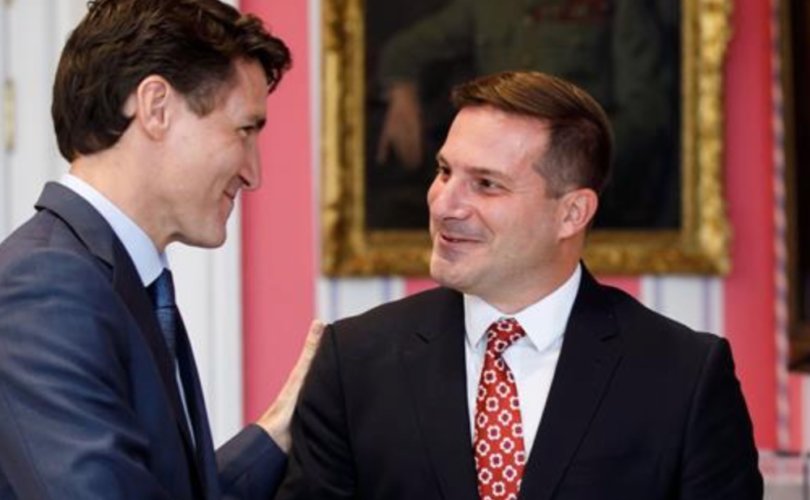 According to Blacklock’s Reporter, secret meeting notes reveal that Trudeau’s Minister of Public Safety, Marco Mendicino, told his fellow cabinet members just one day after the unprecedented invocation of the EA that the act allowed for “the seizure of funds.”

“The Prime Minister noted – (censored) – the RCMP is now able to share information with banks so that accounts could be frozen. The Minister of Public Safety noted that this sharing of information has enabled the seizure of funds,” reads the minutes of the clandestine meeting that took place on February 15.

On February 14 – the day the EA was invoked – Finance Minister Chrystia Freeland mandated certain bank accounts be frozen under the EA. In total, nearly $8 million in funds from 267 people were frozen. Additionally, 170 bitcoin wallets were frozen.

Freeland noted to reporters at the time that banks and credit unions would be able “to immediately freeze or suspend an account without a court order.”

She also said the financial institutions would “be protected against civil liability.”

Recent notes show Freeland told fellow cabinet members that Freedom Convoy supporters whose bank accounts were frozen under the EA would not be able to access their funds until they first reported to police.

However, discussion about on outright seizure of funds was not previously reported.

While Trudeau ultimately revoked the EA on February 23, the ability for the government to direct banks to freeze the accounts of citizens without a court order led to immense backlash by civil rights groups and others.

The use of the EA eventually led to the formation of the Public Order Emergency Commission, which has been tasked with overseeing the public investigation into whether Trudeau’s use of the act was justified under the law.

Thus far, over 65 witnesses have been called to testify, including Trudeau, Freeland and others in his cabinet. Trudeau will be testifying this Friday, the projected end date of the inquiry.