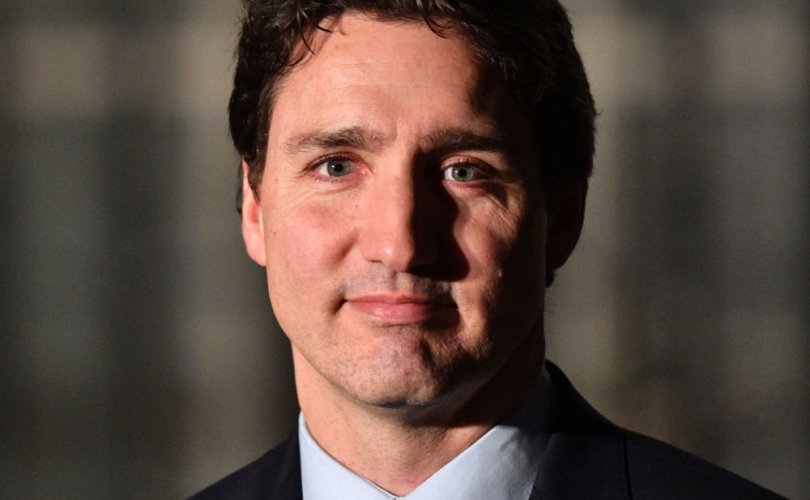 The Liberals are now rushing to overhaul Canada’s euthanasia law by the court’s imposed deadline of March 11, 2020 and have launched an online consultation that closes January 27.

Advance consent would allow individuals with degenerative diseases such as dementia to issue an advance directive asking to be killed by lethal injection at a future date when they are no longer able to actively consent.

“That’s a serious problem because, of course, it then denies your ability to change your mind,” Schadenberg told LifeSiteNews.

It also “means that the person you’re killing doesn’t even have the right or the ability to confirm that they want you to inject them.”

“Silence is not golden in this case. Silence does not help us,” Schadenberg stressed. “Even if the question is awkward, it’s better to express your opposition to something than to be silent.”

Most importantly, participants can write 500-word comments after three sections, he said.

“At least it gives us an opportunity to say ‘I’m absolutely opposed to this,’” Schadenberg told LifeSiteNews. “It might be worth something. And then I have hope that there’ll be enough of a response that the government will say, ‘Hold on.’”

The Liberal online consultation also asks about the 10-day minimum wait between requesting and receiving a medically assisted death, but the question is unclear and neglects to mention that the law allows a doctor or nurse practitioner to waive this period, Schadenberg said.

The consultation asks if the law should require both the medical practitioner and patient to agree that other reasonable treatment options have been tried without success; that psychological or psychiatric assessments be done to determine capacity to consent; and that in addition to the current mandatory two medical assessments, a consultation with an expert in a person’s medical condition be done.

Schadenberg has published released a guide to answering the current online consultation, which can be found here.

Canada legalized euthanasia in June 2016 at the direction of the Supreme Court, which in February 2015 struck down the Criminal Code prohibition against euthanasia as unconstitutional.

Tellingly, Justice Minister David Lametti, then a backbencher and now responsible for drafting amendments to Bill C-14, was one of only four Liberal M.P.s to vote against the original law.

Lametti opposed the bill because he thought it was too restrictive.

Bill C-14 currently allows euthanasia for individuals 18 years of age or older who are capable of giving informed consent, make a voluntary request that does not result from external pressure, and have a grievous and irremediable medical condition.

The law defines a “grievous and irremediable medical condition” as a “serious and incurable illness, disease or disability” that results in the person being in “an advanced state of irreversible decline in capability” and enduring “physical or psychological suffering that is intolerable to the person and cannot be relieved in a manner that they consider acceptable.”

Baudouin gave the federal and the Quebec governments six months to amend their legislation.

The Liberals reported in the online consultation that 6,700 Canadians have been killed by euthanasia or assisted suicide since Canada legalized the practice.

They also promised a “fuller” review of the euthanasia law this summer, as C-14 mandated that the government look into allowing euthanasia for children, or “mature minors,” for mental illness alone and allowing advance consent.

The government asked the Council of Canadian Academies to study these issues, and the CCA released a report in December 2018.

Schadenberg concedes that the Liberals may be determined to follow a particular course irrespective of what Canadians tell them but insists that the consultation is an opportunity to express their opposition to killing by taking part in the consultation.

“I know it’s controversial because, will it actually accomplish anything? I don't know,” Schadenberg said.

“But I do know that saying nothing will accomplish nothing.”

The Liberal online consultation on euthanasia or Medical Assistance in Dying (MAiD) can be found here. Schadenberg’s guide to responding can be found on his Euthanasia Prevention Coalition blog here.