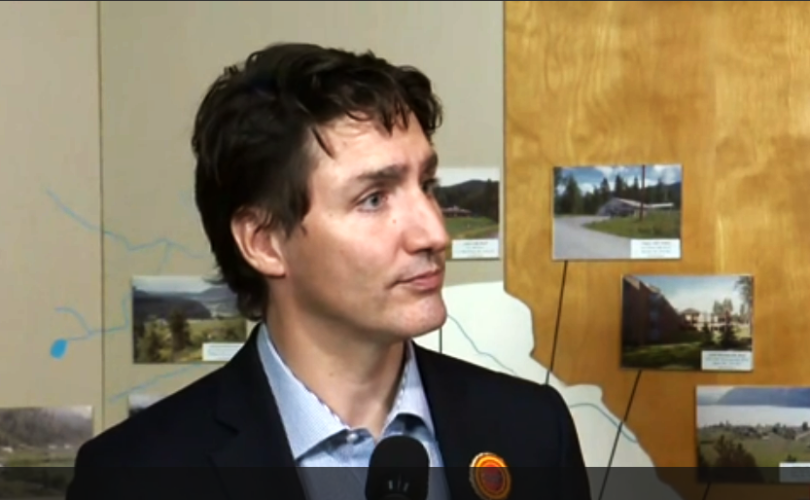 (LifeSiteNews) — A shocking report from Canada’s state broadcaster reveals that the Trudeau government issued dozens of secret orders since coming into power in 2015, including 21 during 2020 alone.

“A review by CBC News of nearly 8,900 orders-in-council (OICs) — or cabinet decrees — adopted by the federal government shows the number of secret or unpublished OICs has been rising since Trudeau came to power in 2015,” the Canadian Broadcasting Corporation, which receives $1.2 billion a year from Prime Minister Justin Trudeau’s government, wrote in its Wednesday morning report.

“The only outside indication that a secret OIC even exists [as they are hidden from both Parliament and the public] is a missing number in the Privy Council’s orders-in-council database,” the outlet explained.

“More than half of the secret orders-in-council adopted by the Trudeau government have arrived since April 2020, a month after the COVID-19 pandemic began. Eleven have been adopted so far this year.”

For comparison, the report shows that Trudeau’s predecessor, Conservative Prime Minister Stephen Harper, only issued 29 secret cabinet decrees during his nearly decade-long reign from 2006 to 2015.

While OICs have a broad set of usages, the report indicates that in addition to the so-called pandemic, the anti-COVID mandate “Freedom Convoy 2022” protest and Ukraine’s conflict with Russia may have also been used as a justification for using secret decrees.

Per the report, one of the orders from this year came at the beginning of the Convoy, with a second order coming just as Trudeau was invoking the Emergencies Act to detain protesters and freeze their bank accounts without a court order.

Four more clandestine decrees were issued in early May, within days of Trudeau’s trip to Ukraine.

The government is only permitted to hide order-in-council decrees from the public under a strict set of circumstances. The narrow list of uses include: reasons of national security, military operations, and if the OIC is part of a national security review looking into foreign investors on Canadian soil.

In response to the high number of secret decrees, the Privy Council Office put out a statement declining to reveal the reason for the increase but attempted to reassure Canadians by saying, “The number of orders that either are, or are not, published in any given year is not a proxy measure for transparency of government.”

Michael Chong, former president of the Privacy Council under Harper, disagreed with the government’s assessment of the situation.

“It’s incumbent on the government to provide a more detailed explanation of why the number of unpublished orders-in-council [has] increased.”