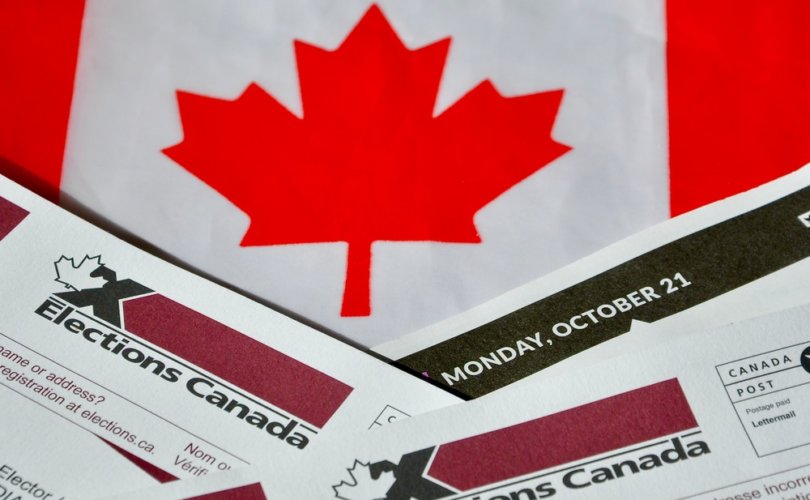 The office of the commissioner of Canada Elections launched administrative investigations of Campaign Life Coalition and RightNow after receiving complaints that both groups breached the Elections Act during the October 2019 federal election.

Rebel News’s director, Ezra Levant, also allegedly violated the law for advertising his book critical of Trudeau, The Libranos, during the campaign and secretly recorded his interrogation by government agents in January.

The problem is not the political advocacy groups now under scrutiny, but the law itself, said Jeff Gunnarson, national president of Canada’s national pro-life, pro-family lobbying group and largest pro-life association.

The Trudeau Liberals overhauled the Election Act in December 2018 and amended it again in June 2019, adding new third-party rules that are “anti-democratic, and act as a gag law to small grassroots organizations like ours,” he told LifeSiteNews.

The Stephen Harper Conservatives brought in restrictions on third-party election spending “to go after the big guy,” added Gunnarson.

“Harper did it to get rid of the unions, he did not do it to get rid of us. It’s been tightened since under the Liberals. I think it’s beyond getting the big guy, it’s just trapping and squashing the little guy.”

As amended by the Liberals, the law requires third parties, including non-profit groups, to register with Elections Canada if they spend more than $500 on “partisan activity expenses,” “partisan advertising expenses,” and “election survey expenses.”

Registered third parties must open a specific bank account for contributions to election activities, and submit names and addresses of individuals and groups who contribute more than $200, even when it’s not clear the donation was intended for this purpose.

These “horrendous” administration requirements are the reason Campaign Life did not register as a third party in the last election, Gunnarson told LifeSiteNews.

“You have to give [Elections Canada] all of your donors so they can put them on their website,” he said. “We will not do that.”

Instead, Campaign Life created a closed online group “by requiring our private list of supporters and donors to register, to attest they were supporters or donors and that they agreed with the our mission, and to pay a fee to access our website for information on where their candidates stood on life and family issues,” Gunnarson said. Campaign Life also mailed its voters’ guide to its supporters.

“You’re only a third party advertiser if you advertise to the world,” he explained.

However, it turned out that the Liberals’ 2019 amendments nixed the exemption that allowed associations to send political communiqués to members without having to register as third parties, Gunnarson told LifeSiteNews.

Campaign Life therefore received a letter in March 2020 from the commissioner stating that it was under investigation based on a complaint that it spent more than $500 printing and mailing out its voters’ guide without registering with the government.

“This is communist-type stuff,” noted James Kitchen, a lawyer with the Calgary-based Justice Centre for Constitutional Freedoms (JCCF).

“In what free democratic society do we say, before you spend even tiny amounts to say anything about the election, you have to register with the government and supply names of donors?”

Governments could be justified in regulating and capping third-party spending to stop wealthy groups from “monopolizing” the election but would need to set the bar very high, he said.

The Election Act caps third-party spending in the pre-election period at approximately $1,000,000 and at about $500,000 for the election period.

“Spending caps of this amount, although a limitation of free expression, are at least understandable. What doesn’t make any sense and amounts to an unacceptable chilling effect on free expression concerning elections is the requirement that groups register even if they will only spend a measly $500,” Kitchen told LifeSiteNews.

“If a group is required to register when spending $250,000+, then it begins to make some sense. But if they are small grassroots organizations, the best thing for free speech and democracy is to leave them alone,” he pointed out, adding that third parties being free to spend up to that amount without government interference would help, rather than harm democracy.

The current law appears “designed” to shut down grassroots advocacy groups, and “if it’s not designed to be, then the ones who designed it are disingenuous or naive,” he said.

As well as problems with the law, there is the possibility that the body enforcing it will be biased against conservative groups, added Kitchen.

That’s the concern raised by Albertos Polizogopoulos, lawyer for RightNow.

A pro-life lobby group with two full-time employees who are also its co-founders, RightNow took a significantly different path from Campaign Life’s and registered as a third party for the last election.

To ensure that it was in compliance with the law, it contacted Elections Canada before the writ dropped and appeared to get a green light for its proposed activities, co-founder Scott Hayward told LifeSiteNews.

However, RightNow received a letter from the commissioner’s office in April 2020 stating that it was under an administrative investigation based on a complaint that it “recruited, trained and coordinated volunteers that were directed to over 50 campaigns during the 43rd General Election period.”

This provided the campaigns “with a partisan benefit that circumvented the prohibition against a Third Party making a non-monetary contribution to a candidate’s campaign,” wrote investigator Mylène Gigou.

Polizogopoulos requested details of the specific allegations, as well as the source and basis of them, so that RightNow could respond appropriately, but Gigou replied that the information was protected under the “strict confidentiality provisions” of the Elections Act.

He also made a formal request that the commissioner investigate five unions — Unifor, the Public Services Alliance of Canada, the International Brotherhood of Electrical Workers, the Canadian Union of Public Employees, and United Steelworkers — which encouraged members to campaign for NDP and Liberal candidates.

“On its face, this investigation appears to be itself partisan and politically motivated,” he wrote.

Polizogopoulos argued in his letter to Gigou that the law specifically excludes volunteers as non-monetary contributions, and RightNow is “confident we operated legally within the confines of the Elections Canada Act as it is currently written,” Hayward told LifeSiteNews in an email.

“However, if Elections Canada interprets the Act differently, and is investigating both our organization and other registered third parties for the 43rd general federal election that engaged in the same or similar activities, that will have a chilling effect on Canadians engaging in the democratic process,” Hayward said.

If Elections Canada is “just investigating our organization” and refuses to investigate other registered third parties that pursued the same or similar activities during the last election, that would suggest the “investigation into our organization is politically and/or ideologically driven, which would be unbecoming of a non-partisan electoral commission,” he added.