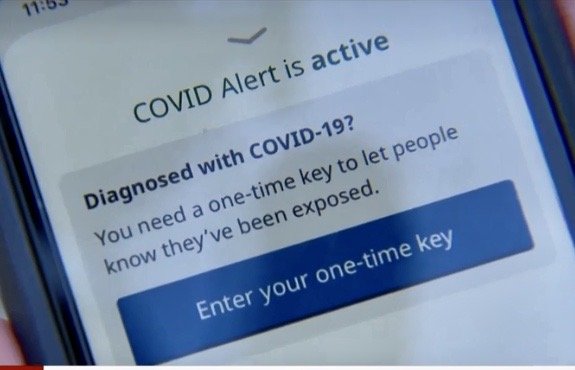 The Canadian Prime Minister said the free app named “COVID Alert” is designed to serve as a tool to help “limit the spread of COVID-19.”

“While we have made good progress over the past few months, COVID-19 remains a very serious threat to the health of Canadians. As we continue to gradually restart our economy, innovative technologies like this new app will help us keep our families and communities safe and healthy,” Trudeau said in a press release about the COVID Alert app.

The app will be first available to residents of Ontario to use, with the eventual goal being to bring other provinces and territories “on board in the coming weeks and months.”

Canada’s new national COVID-19 tracing app was promised by Trudeau months ago. Ontario Premier Doug Ford had been urging for a national application for some time as well.

In June, Trudeau first announced that his government would be rolling out a “Made in Canada” free national coronavirus contact-tracing smartphone application to Ontario residents to test before going nationwide.

It was promised to be made available starting July 2 but was delayed.

“COVID Alert” was developed by the Ontario government, BlackBerry, and Shopify, as well as the federal agency the Canadian Digital Service.

In the government press release about the launch of the app, Ford said he is “proud” of the “Ontario-made app.”

“I am proud of the fact that this Ontario-made app will now be available to individuals and families right across the country. It will be another powerful tool to help us stop the spread of this deadly virus and keep people healthy and safe. I encourage everyone to download it onto your handheld device. It is free, easy to use, and the responsible thing to do,” Ford said.

According to the government press release, the app is available for download in the Apple App Store or the Google Play Store, and “assigns a random code to a user’s device that pings other users of the app via Bluetooth when they are within a range of approximately two metres.”

“If they test positive for the virus, users can choose to upload their random codes to a central server located in Canada. Once uploaded, the random codes are stored on the server for 15 days, after which they are automatically deleted.”

Although anyone in Canada is able to download “COVID Alert,” the app will only give a user an alert if they have been in close contact with an individual who tested positive in a province or territory that has the app integrated into its testing system, which is currently only Ontario.

The federal government press release states that “COVID Alert” is a collaboration between “Health Canada, the Canadian Digital Service, the Province of Ontario, and Innovation, Science and Economic Development Canada.”

The news release goes on to say that the app has undergone a “security assessment” by BlackBerry as well as the Canadian Centre for Cyber Security, saying that all “data provided to the app will be securely stored and protected.”

When first announced in June, Trudeau said the app would be “completely voluntary. It will be up to individual Canadians to decide whether to download the app or not, but the app will be most effective when as many people as possible have it.”

Today, he again stated this same message to reporters, saying, “I want to be clear, this app isn't mandatory,” adding “It's completely voluntary to download and to use.”

Alberta was the first Canadian province to launch a voluntary coronavirus contact tracing application in May, the Alberta Health Services (AHS) ABTraceTogether app.

At the time, Jay Cameron, a lawyer for the Alberta-based Justice Centre for Constitutional Freedoms (JCCF), told LifeSiteNews that the legal group is keeping a close eye on government-issued contact tracing apps.

“We are watching carefully and remain concerned about the slippery slope and government comfort with accessing and utilizing personal data,” Cameron said.

Earlier in July, Alberta Premier Jason Kenney suggested the reason the app could not be fixed properly for Apple users was that the federal government had told Apple and Google not to work with Alberta or “other provincial governments on improving the Trace Together app.”

The Privacy Commissioner of Canada also today released a statement in which he put his support behind the COVID Alert app.

“Canadians can opt to use this technology knowing it includes very significant privacy protections,” said Daniel Therrien, privacy commissioner of Canada, in the statement, adding that he will “use it.”