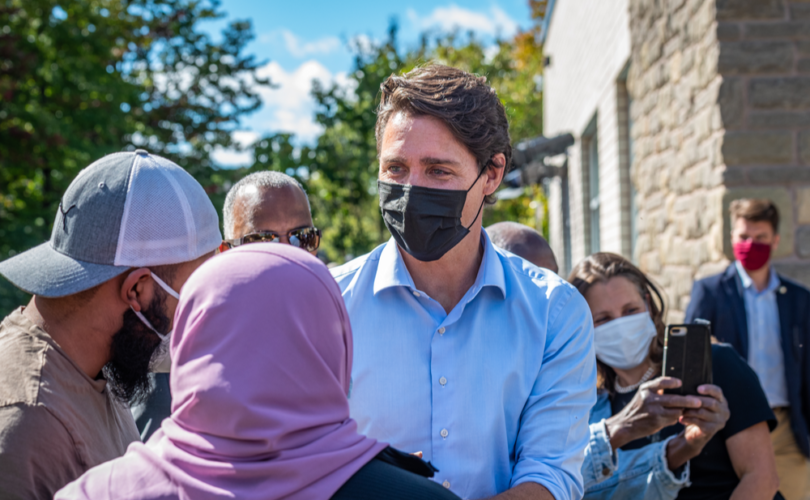 According to Blacklock’s Reporter, the poll found that Liberals highly favored heavy-handed vaccine mandate measures. The timeline of the poll, which finalized its results days before the election was announced, correlates with Trudeau ramping up anti-vaccine sentiment and strong support for mandates.

“Regionally, there were a few notable differences,” said a pollsters’ report Continuous Qualitative Data Collection of Canadians’ Views. “While the group in Atlantic Canada indicated unanimous support for requiring proof of vaccination for domestic flights, the Alberta and Saskatchewan group was unanimous in opposing this idea.”

“When asked if they had privacy concerns about this issue, participants from Atlantic Canada were unconcerned while those located in Alberta and Saskatchewan felt disclosure of vaccination status should be a personal decision,” the report added.

Alberta and Saskatchewan have long been conservative strongholds in Canada, whereas Atlantic Canada has been largely Liberal for decades, suggesting a strong correlation between political party affiliation and feelings regarding mandatory vaccination.

The people opposed to mandates “saw [them] as overreach on the part of the Government of Canada,” with many citing the measures as “discriminatory,” according to Canadians’ Views.

Not only did the poll ask Canadians whether they supported mandatory vaccine policies, but the pollsters were also instructed to inquire about which terminology was most palatable to the public. Different terms such as “vax pass,” “vaccine passport,” and “vaccination credentials” were fielded as a “series of possible names” for the mandates.

While Trudeau’s Cabinet has maintained that vaccine mandates were introduced with scientific rationale, Blacklock’s noted that not a single public health agency within the country has provided such evidence.

Moreover, following the results of the poll, Trudeau seemed to change his tune to the opposite of the position he held at the beginning of 2021, going from sympathetic to freedom of choice to encouraging overt discrimination of the unvaccinated.

“There are a broad range of reasons why someone might not get vaccinated,” Trudeau told reporters on January 14, 2021, months before the poll was conducted. “I think the indications that the vast majority of Canadians are looking to get vaccinated will get us to a good place without having to take more extreme measures that could have real divisive impacts on community and country.”

After the poll that showed his base supported mandates, Trudeau reversed his public position and started to refer to those opposed to mandatory vaccination as a “small, fringe minority” and even publicly questioned whether Canadian society should continue to “tolerate” them.

Despite all provinces axing vaccine mandates and vaccine passports since the large anti-mandate “Freedom Convoy” protest in Ottawa earlier this year, Trudeau’s government has continued to uphold a mandatory vaccine policy for all air, train, and sea travel, as well as for all federal government employees.