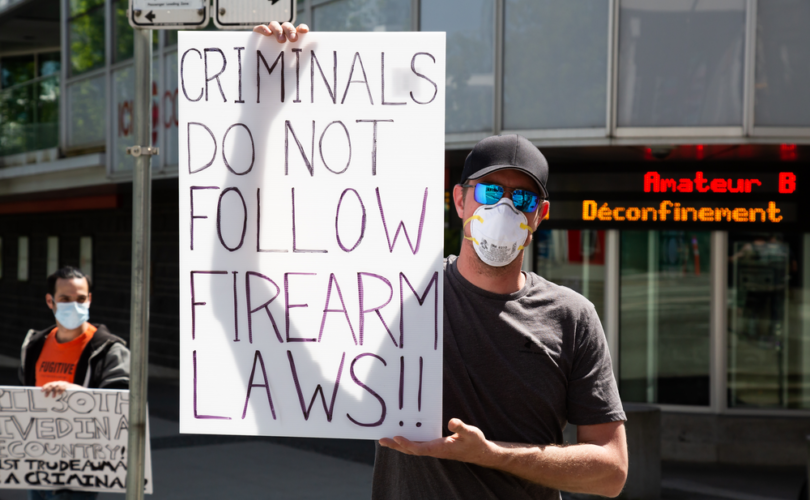 Despite Prime Minister Justin Trudeau promising back in 2015 that he would never bring back the national long-gun registry scrapped by former Conservative Prime Minister Stephen Harper in 2012, Trudeau Public Safety Minister Marco Mendicino confirmed that the Liberal government will be rolling out a registry-styled system for non-restricted firearms starting May 18.

While Mendicino denied that the new system is a de facto long-gun registry, effective May 18 businesses and individuals will have to go through the official registrar when transferring or selling firearms while also being compelled by law to keep a record of the transaction and the personal information of the seller and purchaser for a minimum of 20 years.

Although gun ownership is legal in Canada, one has to hold a Possession and Acquisition License (PAL) in order to buy and own guns. The PAL is divided into two categories, restricted and unrestricted. Before this announcement, only restricted guns such as handguns needed to be registered.

This means that before May 18, as long as one has a valid PAL, they are able to purchase unrestricted guns such as hunting rifles and shotguns without having the firearm registered and tracked by the government.

After May 18, both unrestricted and restricted guns will be subject to registration.

Immediately after the announcement of the new measure, the Conservative Party of Canada released a statement accusing Trudeau of breaking his 2015 promise to the public.

“Justin Trudeau said he would never enact a long-gun registry and today he is breaking that promise to Canadians by passing off the responsibility to maintain a registry to retailers who sell firearms to lawful and properly licensed Canadians,” the Conservatives said.

The previous registry, which was imposed by the Liberals in the 1990s and scrapped a decade ago by Harper, required each firearm to be registered directly with the government, leading to a complex and inefficient system.

Under the revamped law, much like the enforcement of COVID-era mask mandates, the onus will be put on individuals and businesses to keep accurate records and comply with the directive.

“Registration is the first step towards confiscation,” a source warned in a statement to LifeSiteNews, adding that the end goal is likely a complete disarming of the Canadian population.