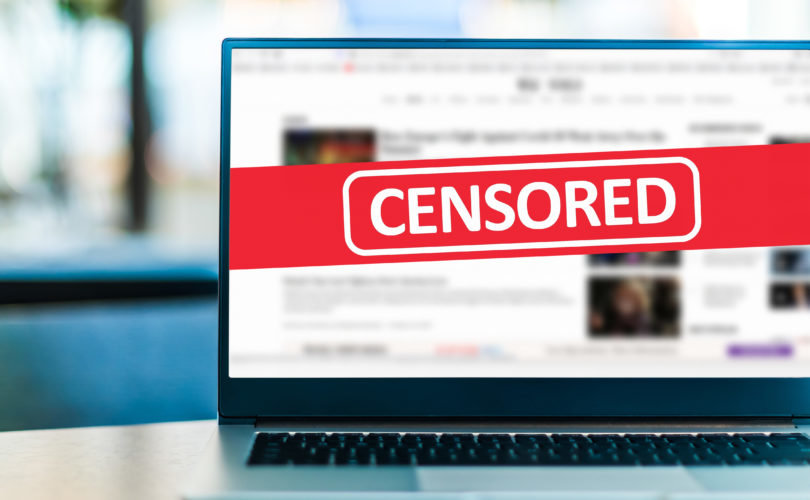 OTTAWA, Ontario, June 24, 2021 (LifeSiteNews) – On the last day before Canada’s House of Commons left for summer break, the ruling Liberal Party under Prime Minister Justin Trudeau snuck in a new “hate speech” bill that one pundit cited as an “incredibly dangerous” attack on free speech.

If passed, the bill would theoretically allow a tribunal to judge anyone who has a complaint of “online” hate against them to be in violation of the new law.

Bill C-36, introduced by Justice Minister David Lametti, is titled “An Act to amend the Criminal Code and the Canadian Human Rights Act and to make related amendments to another Act (hate propaganda, hate crimes and hate speech).” It was officially tabled in the House of Commons on Wednesday.

“Canadians expect their government to take action against hate speech and hate crimes. These legislative changes would improve the remedies available to victims of hate speech and hate crimes, and would hold individuals accountable. The actions we are taking today will help protect the vulnerable, empower those who are victimized and hold individuals to account for the hatred they spread online,” said Lametti about his bill in a press release.

Bill C-36 includes text to amend Canada’s Criminal Code and Human Rights Act to rather vaguely define “hatred” as “the emotion that involves detestation or vilification and that is stronger than dislike or disdain (haine).”

The text clarifies that “for greater certainty, the communication of a statement does not incite or promote hatred, for the purposes of this section, solely because it discredits, humiliates, hurts or offends.”

One minister who spearheaded another bill targeting online user content promised earlier that the new bill will be “controversial.”

“People think that C-10 was controversial. Wait till we table this legislation,” Heritage Minister Steven Guilbeault told an industry conference about the new bill last week, according to a National Post report.

Lametti’s new bill will not proceed any further in the house due to the summer break, but most likely will be used by Trudeau as a showpiece form of legislation to campaign for a possible late summer or fall election.

The ‘kind of legislation you would expect to see in an anti-democratic, Communist state’

Conservative opinion writer Spencer Fernando gave a scathing review of Bill C-36 in a report he posted today, saying “With Bill C-10, and now Bill C-36, there can be zero doubt that the Trudeau Liberal government is engaged in an attack on your freedom of expression.”

“This is the kind of legislation you would expect to see in an anti-democratic, Communist state that is seeking to create wide pretexts to arrest or punish whomever the government feels has ‘stepped out of line’ with the official government message,” opined Fernando.

“That’s why the vagueness of this is – in the eyes of the Trudeau government – a feature, not a bug. The more vague the definition of hate in Bill C-36 is, the more the government can abuse their power and apply that power in a politically biased way to chill and silence their opponents, while giving themselves and their ideological allies a free pass.”

Bill C-10 passed in the early morning hours on Tuesday and is now before Canada’s senate.

The National Post report said Bill C-10 is not expected to be rubber stamped by the senate, as is common practice for cabinet bills.

According to a summary of Bill C-36, the enactment “amends the Criminal Code to create a recognizance to keep the peace relating to hate propaganda and hate crime and to define ‘hatred’ for the purposes of two hate propaganda offences. It also makes related amendments to the Youth Criminal Justice Act.”

Under section 13, cease-and-desist orders with large fines could have been ordered by the Canadian Human Rights Tribunal should a complaint leveled against an individual alleging “hatred” through “the communication of hate messages by telephone or on the Internet” be found true by the tribunal.

The new bill amends the Human Rights Act by adding the following: “13(1)It is a discriminatory practice to communicate or cause to be communicated hate speech by means of the Internet or other means of telecommunication in a context in which the hate speech is likely to foment detestation or vilification of an individual or group of individuals on the basis of a prohibited ground of discrimination.”

Bill C-36 will amend the criminal code to allow anyone with the Attorney General’s consent to “lay an information before a provincial court judge if the person fears on reasonable grounds that another person will commit (a)an offence under section 318 or subsection 319(1) or (2); (b) an offence under subsection 430(4.‍1); or (c)an offence motivated by bias, prejudice or hate based on race, national or ethnic origin, language, colour, religion, sex, age, mental or physical disability, sexual orientation, gender identity or expression, or any other similar factor.”

According to the National Post report, Lametti’s parliamentary secretary, Arif Virani, told the publication in March that the new bill would look at codifying into law new definitions of online hate and introduce new rules for websites. This could include a “regulator” that would be tasked with enforcing taking down websites within 24 hours should they be deemed to have illegal content.

Virani also confirmed for the National Post that the government was “examining” the controversial section 13.