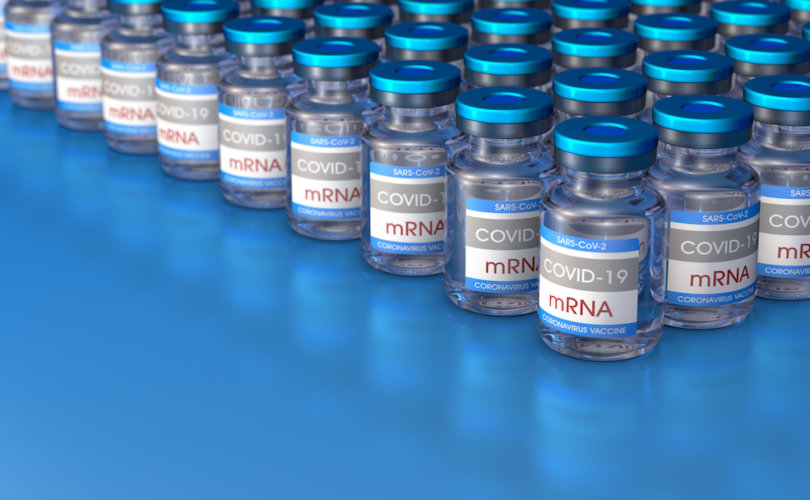 OTTAWA (LifeSiteNews) — The federal government of Canada under Prime Minister Justin Trudeau recently announced it would give an additional $220 million in taxpayer money so that so-called poorer nations can buy the abortion-tainted and experimental COVID jabs.

The money will go toward the COVAX global-vaccine-sharing alliance and brings the total amount the Trudeau government has contributed to the program to an eye-watering $700 million.

During a recent COVAX virtual summit, Trudeau said that the collective aim must “be to increase access to COVID-19 vaccines and other medical countermeasures so that every country has what it needs to protect its people from this virus.”

Canada under Trudeau had earlier promised the country would donate 200 million doses of the COVID jabs or the money to buy them by the end of 2022.

The COVAX virtual summit saw an additional $2.1 billion raised for jabs from countries attending the event.

The millions given to COVAX from the Trudeau government comes at a time Canadians are dealing with record-level inflation, with a federal government mired in over a trillion dollars of debt.

It also comes at a time when many Canadians are out of work or have lost their businesses due to draconian COVID policies forced upon them by governments.

The World Health Organization (WHO) directs in part the COVAX project. Of note is that WHO is behind a Global “Pandemic Treaty” that would in effect mandate signatory nations to follow by law any future pandemic responses set forth by the WHO.

Conservative MP and leadership candidate Leslyn Lewis recently warned about the dangers of the WHO “Pandemic Treaty.”

She said that Canada should “not” give away the “sovereignty” of the nation’s health care by signing such a treaty, the text of which is currently being written.

The International Treaty on Pandemic Prevention, Preparedness, and Response, or what is known as the WHO “Pandemic Treaty,” is due to be signed in May 2024 by many world governments.

As now it stands, Canadians who have chosen of their own free will to not get the abortion-tainted experiential COVID shots – which have well-documented negative side effects and do not stop the spread of the virus – are unconstitutionally banned from traveling out of Canada by air, rail, or sea.