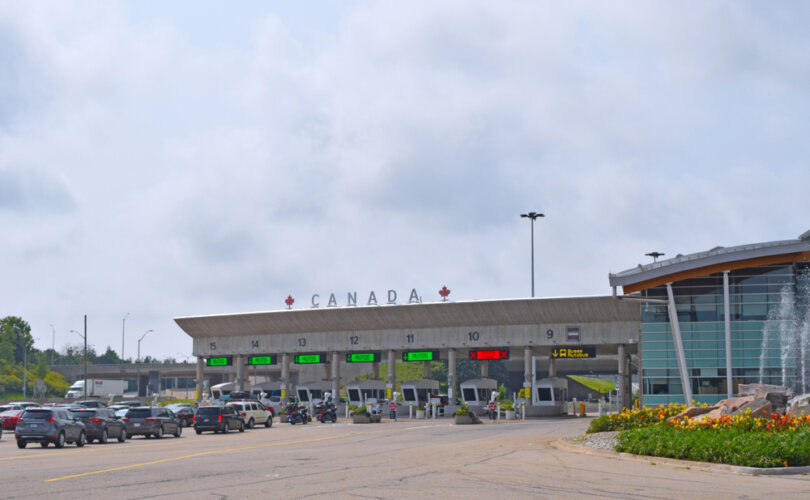 Trudeau’s Liberal Party government made the announcement Tuesday in what it says is a “Plan to grow the economy.”

With Canada’s population estimated at 38 million, and the United States population being roughly 335 million, Trudeau’s new policy would be the equivalent of America – which currently accepts 1 million immigrants per year – bringing in 4.8 million people per year

According to Minister of Immigration Sean Fraser, this plan will allow Canada to “find the workers they need.”

Fraser also said it will allow the government to “make good on key commitments to vulnerable people fleeing violence, war and persecution.”

While the plan is being supported by Conservative Party of Canada (CPC) immigration critic, Tom Kmiec, both Kmiec and the plan were immediately blasted by the leader of the People’s Party of Canada (PPC), Maxime Bernier, who said the policy will threaten the nation’s “social cohesion” and further worsen its already existing housing crisis.

Half a million immigrants a year is mass immigration, way more than any other country.

Mass immigration is not a solution to the labour shortages, but it will worsen the housing and infrastructure crisis and threaten social cohesion.https://t.co/adZst5o1OB

In another tweet, Bernier noted how new immigrants, once they become citizens, tend to vote Liberal, saying that is the real reason Trudeau is allowing more people into Canada.

Immigrants historically tend to vote more for the Liberal Party. Trudeau wants to bring in half a million immigrants per year in order to increase Liberal support. He’s using immigration to hijack our democracy and stay in power indefinitely.

The influx of immigrants comes despite the fact that the country is dealing with record inflation, particularily in the housing market, with the average price of a home topping $700,000 nationwide last year.

The province of Quebec also took issue with Trudeau’s plans, with its Minister of Immigration Christine Frechette tweeting: “We reaffirm that it is up to Quebec to determine its permanent immigration targets. The annual threshold in Quebec is 50,000 in order to respect our reception, francization and integration capacity.”

“Our position remains the same: we need more powers in immigration if we want to protect French.”

Overall, about 23 percent of Canada’s population is made up of immigrants, the highest of any G7 nation.

Canada’s insistence on increasing the nation’s population through immigration – while at the same time promoting abortion and contraceptives leading to record low birth rates – seems to align with the goals of the World Economic Forum, the globalist group behind the “Great Reset” agenda, of which Trudeau is affiliated.

In fact, the WEF’s own “Great Reset” website touts Canada’s immigration plans as something that is needed to fix labor shortages, claiming that mass immigration is the key to “economic prosperity.”

While purporting to desire “economic prosperity” for the world, the truth remains that the WEF’s “Great Reset” agenda is a militant plan created by elites that “seeks to ‘push the reset button’ on the global economy” and usher in a new world order with aspects that closely resemble China’s Social Credit System.

The Great Reset is also the plan whose infamous tagline tells the world that by the year 2030, “You’ll own nothing and you’ll be happy.”