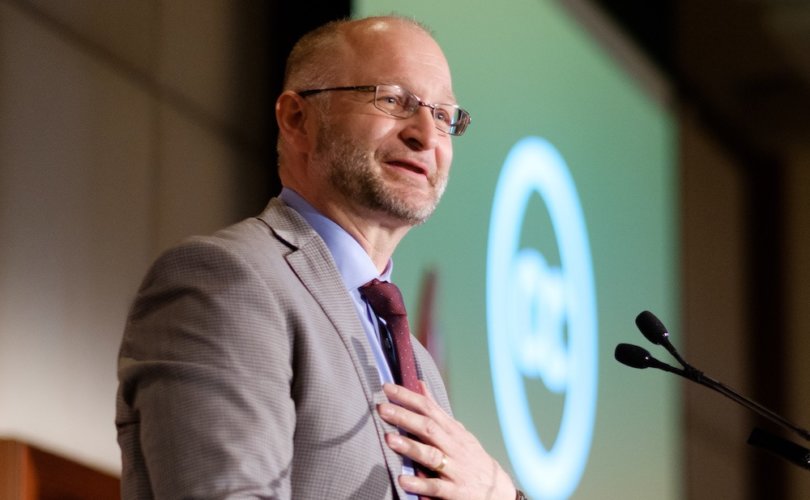 OTTAWA (LifeSiteNews) — The Canadian federal government under Prime Minister Justin Trudeau is now looking to delay the expansion of the nation’s euthanasia law to be applicable to those suffering solely from mental disorders after massive outcry from conservative politicians and citizens.

On Thursday, Canada’s Justice Minister David Lametti, along with Mental Health and Addictions Minister Carolyn Bennett, said that legislation is soon coming which will push back the March deadline for the expansion of euthanasia – known legally as medical assistance in dying (MAiD) – to those suffering solely from mental illness.

According to Lametti, the delayed introduction of relaxed MAiD laws is being done because “we want to be prudent, we want to move in a step–by-step way so that we don’t make mistakes.”

“We have heard concerns of Canadians and experts about whether the health-care system will be ready to accommodate MAID requests for persons whose sole medical condition is a mental illness,” he further explained.

There is no indication of the date for the new deadline.

Reacting to the news, Conservative Party of Canada (CPC) MP Michael Cooper noted on Twitter yesterday that “The Liberal plan to allow MAiD for mental illness is a disaster,” and this last-minute backpedaling is evidence of this.

The Liberal plan to allow MAiD for mental illness is a disaster.

There is overwhelming evidence that it cannot be done safely. Only now are they admitting there is a problem.

Thank goodness.
I have fought against the expansion of #AssistedSuicide to those with #MentalIllness for 7 years.
As I’ve consistently said since my 2016 @nationalpost column: Help the mentally ill. Don’t kill them.#MAiD#MentalHealth #SuicidePrevention #skpoli #SenCA https://t.co/0JbccuKeCc

The delay comes after a number of public scandals, including the surfacing of reports that Canadian veterans were being offered the fatal procedure by workers at Veterans Affairs Canada (VAC).

In one instance, retired corporal Christine Gauthier said VAC offered her the tools to kill herself instead of helping her get a much-needed wheelchair ramp.

Gauthier was so traumatized by the incident that she wrote directly to Trudeau detailing her experience. She also spoke about her trauma before Canada’s House of Commons veterans committee earlier this month.

“With respect to MAiD, I have a letter in my file because I’ve had to face that as well. I have a letter saying that ‘if you’re so desperate, madam, we can offer you MAiD,'” said Gauthier to the Veterans Affairs Committee.

“They said ‘ma’am, if it’s too difficult for you to continue living, we can offer you medical aid in dying.’ They offered to supply equipment.”

Many pro-life advocacy groups, such as the Euthanasia Prevention Coalition and Campaign Life Coalition, consistently warned Canadians that MAiD laws would exponentially expand under Trudeau.

In effect, Bill C-7 took away many of the so-called “safeguards” found in the initial 2016 bill, including the prerequisite that the person seeking death by MAiD be able to provide consent at the time of death, as well as requiring that the person be accompanied by two witnesses during the life-ending procedure.

Bill C-7 also included a clause that starting in March of 2023, “mature minors” and those suffering only from mental illness would be able to qualify for doctor-induced death.

Due to these expansions, which also allow the chronically ill to choose death instead of just the terminally ill, a recent report has highlighted instances of disabled Canadians choosing assisted suicide as a means of escaping poverty, with another report stating that doctors in Canada are being urged to promote euthanasia as an option to sick patients.

Even those in favor of abortion, such as CPC leader Pierre Poilievre, have sounded the alarm over the Trudeau government’s plans, outright rejecting the notion that the laws should be further expanded.

LifeSiteNews has reported extensively in the last few weeks about how MAiD has fast turned Canada into the euthanasia death capital of the world.

In one report, Dr. Kevin Yuil, a professor noted for writing books against euthanasia, explained why he sees Canada’s fast-growing rate of assisted suicide as a moral outrage, and how the nation is quickly surpassing all other nations with respect to state-sanctioned death.

“Unlike other countries that have legalized assisted dying, such as Belgium and the Netherlands, Canadian doctors are not compelled to find other medical or social-support options that can relieve a patient’s suffering. It can be enough for a patient to say his or her suffering is intolerable,” Yuill said, noting how the allowance of euthanasia “even in cases of terminal illness” has opened “Pandora’s box.”

“If assisted dying is justified on the basis of ‘alleviating suffering,’ then we should expect ‘more and more categories’ of people to ‘seek recognition of their suffering by demanding assisted suicide for themselves,” added the doctor.