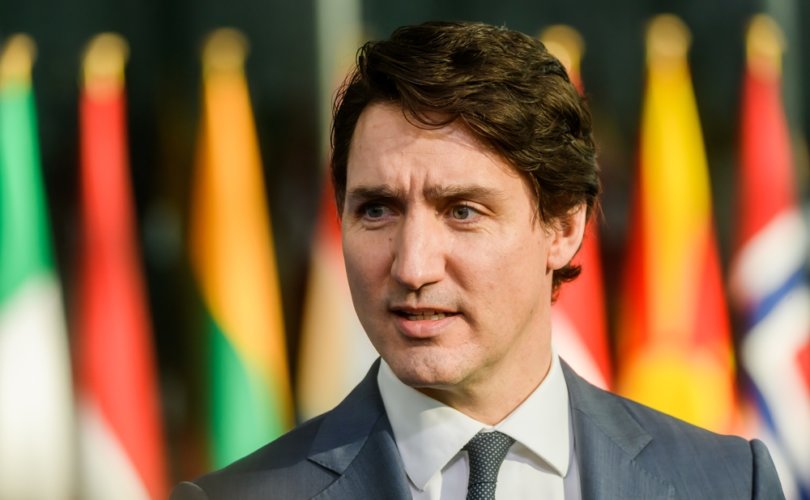 (LifeSiteNews) – Over 715,000 Canadians who downloaded the Department of Environment’s weather monitoring app had their location tracked by Prime Minister Justin Trudeau’s federal government.

According to Blacklock’s Reporter, the Department of Environment recently revealed in an Inquiry of Ministry that the department’s WeatherCAN application collected the email address, location, and personal information of nearly three-quarters of a million Canadians since the program’s launch in 2019.

Justifying the decision to keep tabs on unsuspecting Canadians, the department ensured the public that “All personal information created, held or collected via this app by the department is protected under the Privacy Act.”

Explaining how the app was able to track citizens, the department informed the House of Commons via an Inquiry of Ministry that “The ‘current location’ function on this app enables the app to provide weather information based on the current Global Positioning System location of your mobile device.”

The application was initially marketed to Canadians as a way for citizens to receive hourly weather forecasts, blizzard warnings, tornado alerts, among other data points, during a period of time when “climate change” has been allegedly bringing “more extreme variations in weather.”

“That is why the Government of Canada has developed an app that will keep Canadians safe,” explained the government at the time.

Those who manage the WeatherCAN app explained that even if “you choose to disable” the “current location” function, the app will still collect your mobile device model, version of the app in use, and your email address “along with any information you choose to provide in the text input field.”

“By using this app you consent,” added WeatherCAN staff.

This is not the first time the it has come to light that the Trudeau government has been keeping tabs on Canadians.

The Public Health Agency of Canada (PHAC) claimed at the time that the tracking was done to understand the “public’s responsiveness during lockdown measures.”

Like the Department of Environment, the PHAC assured Canadians that the domestic surveillance program made sure there were “controls” in place to “adequately addresses ethical, privacy, and transparency considerations.”