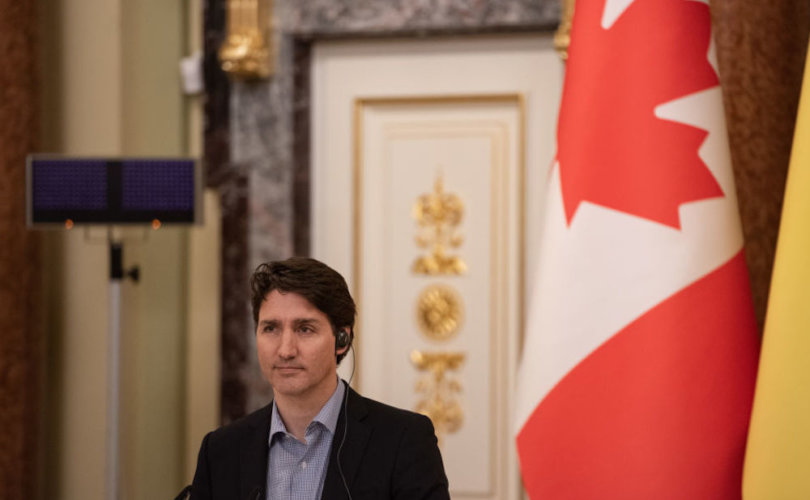 A report presented to Canada’s House of Commons ethics committee last Wednesday showed the Trudeau government was able to access information from a data scoop of 33 million cell phone users which detailed people’s exact movements during the COVID crisis in 2020 and 2021.

According to a report in the Canadian Press, the data outbreak analyst company BlueDot prepared anonymized data reports for the Public Health Agency of Canada (PHAC) which health officials could use to track people’s whereabouts.

The report shows that health officials had detailed snapshots of one’s exact behaviors, including trips to grocery stores, pharmacies, and, more disturbingly, when people held family gatherings, especially around important holidays such as Christmas.

The data also revealed how long people spent at home, and even when they left their city or province.

Earlier this year, MPs from the House of Commons ethics committee voted unanimously to investigate the secret cell phone spying that the Trudeau government had earlier admitted to, to see if the federal government violated Canadians’ privacy rights.

The secret tracking program was done under the PHAC, which claimed last year the tracking was done to understand the “public’s responsiveness during lockdown measures.”

Last week, PHAC claimed that its analysis from the tracking data was “not about following individuals’ trips to a specific location, but rather in understanding whether the number of visits to specific locations have increased or decreased over time.”

The PHAC program has now been temporarily suspended pending the House of Commons investigation.

Last week, MPs on the ethics committee stated their concerns about the movement tracking report.

Conservative Party of Canada MP Damien Kurek said that there are still questions that “remain about the specifics of the data provided if Canadians’ rights were violated, and what advice the Liberal government was given.”

READ: Trudeau is slowly leading Canada down the path toward Chinese-style totalitarianism

Last Wednesday, the ethics committee via its own report concluded that the Trudeau government should be telling Canadians when it is collecting their data and allow them a way to opt out of such tracking programs.

Throughout much of the COVID crisis, some Canadian provinces enacted draconian COVID rules which at times banned the vaccine-free from gathering with one another and from attending church. All provinces put in place rules which shuttered many businesses and which also closed schools and other venues.

Just a few weeks into the COVID crisis in Canada in 2020, reports surfaced that the federal government was looking into using Canadians’ cell phone location data to track people’s movements.

In 2020, a former contractor for the CIA turned whistleblower, Edward Snowden, warned that surveillance measures many governments around the world are using in the name of combating COVID could end up becoming a permanent reality of life.