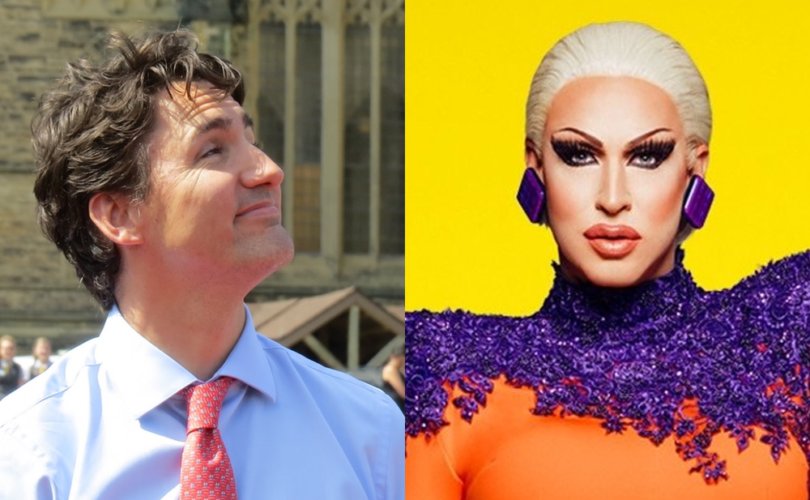 The Trudeau government Twitter account, maintained by Global Affairs and aimed at “showcasing Canada to the world,” tweeted:

#Shoutout to Toronto-born Brooke Lynn Hytes, who will be the first ���� to compete on the Emmy Award-winning show, RuPaul’s Drag Race! Canada is behind you as strut your way towards becoming one fierce superstar! ��rupaulsdragrace/IG pic.twitter.com/9gqVUzxjdR

It was reported on ET Canada, Global News, MSN News, and retweeted by Hytes, whose participation in the 11th season of RuPaul’s Drag Race was announced last month. The series premieres February 28 and features some 15 drag queens vying for a US$100,000 prize.

Quebec MP Bernier, who left the Conservative Party of Canada in August to found a federal party based on libertarian principles, called the tweet “government-sponsored leftist logic.”

That led Morneau, a Catholic-raised Toronto MP and businessman who has marched in the city’s Pride Parade, to fire back at Bernier in defense of drag queens.

Canadians are proud of our artists, performers, and musicians. @MaximeBernier, I invite you to join me in Toronto Centre’s @ChurchWellesley anytime to meet some immensely talented drag performers and see how diversity and inclusion strengthen our community. https://t.co/qUzaOBYAsX

Bernier, however, was unfazed.

“Do you really believe I have a problem with drag performers Minister?!!” he tweeted to Morneau. “One of my four key values is FREEDOM.

“Why don’t you busy yourself eliminating the deficit as you promised and addressing crony capitalism in your government instead of inviting me to a drag show.”

The tweet comes as the Liberals are embroiled in a growing scandal over allegations the Prime Minister’s Office interfered in the criminal prosecution of Montreal-based engineering firm SNC-Lavalin on fraud and corruption charges. Former Liberal attorney general Jody Wilson-Raybould resigned from cabinet Tuesday over the matter.

Gwen Landolt, a lawyer and vice president of REAL Women of Canada, also blasted the government drag queen tweet as showcasing “the absolute absurdity of the Liberal party” under the 47-year-old Trudeau, whom she characterized as unserious and arrogant.

“He feels he’s anointed to do what’s best to save the world” and “believes he is right and everybody else is wrong,” she said.

Global Affairs has “degenerated to a feminist, pro-homosexual, special little world dealing with those issues,” she told LifeSiteNews, pointing out that the Trudeau Liberals “just gave money out to homosexuals internationally.”

Liberal arrogance was also revealed when the Trudeau government denied Canada Summer Job funding to employers who refused to sign a pro-abortion, pro-LGBTQ attestation, she said.

“They assumed in their own little bubble of the world that everybody thought that abortion should be a woman’s entitlement, and only a few eccentric individuals would object. Of course they were stunned by the backlash,” she told LifeSiteNews.

“It’s pathetic and it’s also a tragedy that we have such incompetent, limited individuals running this country, ignoring the main problems,” added Landolt.

“And we certainly have enough of those both domestically and internationally.”