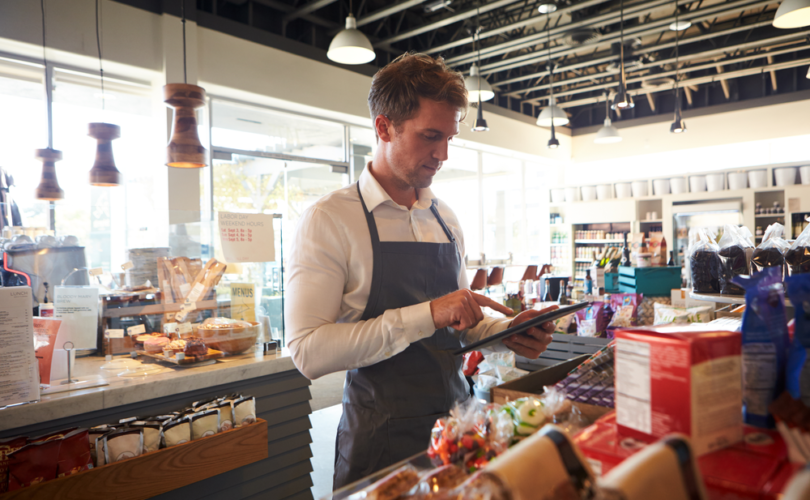 Furthering the move toward the already stated goal of a national digital framework, the Trudeau government revealed on March 3 that they have launched the “Digital Adoption Program” for small businesses to ease their transition into the digital world.

“Small businesses are the backbone of the Canadian economy and the heart of our communities across the country. As small businesses adapt to the digital economy and the lasting impacts of the COVID-19 pandemic, the Government of Canada is working to help them continue to grow, thrive, and create good jobs,” reads the federal government’s official press release.

“The Prime Minister, Justin Trudeau, today announced the launch of the Canada Digital Adoption Program (CDAP), to help Canadian small- and medium-sized businesses grow their online presence and upgrade or adopt digital technologies. This investment, which will provide $4 billion over four years, will support up to 160,000 small businesses and create good middle-class jobs across the country, including thousands of jobs for young Canadians,” continues the release.

“Accelerating the digital transformation will help Canadian businesses stay competitive while creating jobs and growing the economy, as we recover from the pandemic,” the release concludes, with a quote from Isabelle Hudon, president and CEO of Business Development Bank of Canada, adding that businesses “need more tools, more resources, and more financing to go digital.”

Despite shutting down thousands of small businesses for the better part of two years because of the so-called COVID pandemic, Canadian governments at both the federal and provincial level have been enthusiastic as of late about playing a role in the revamping and revitalizing of Canadian small-businesses.

Listed in the program are a variety of efforts the government desires to fund small businesses to undertake, including the upgrading or adopting of digital technologies, developing a digital “business culture,” and substantially digitizing “their operations.”

One section of the program highlights how a window manufacturer has been “gaining new momentum by adopting digital technology, automation on the shop floor and a radically different company structure.”

While studies show that government-enforced COVID policies have eradicated numerous businesses, and severely impacted others, the emphasis on providing “help” to businesses on the condition that they adopt the “digital” transformation has many people worried about how this will impact individual autonomy and lead to more governmental overreach.

Lending proof that Canadians are concerned about the massive push toward a completely digital world, a promotional video from 2018 recently went viral after the recent freezing of private bank accounts by Trudeau’s government. In the video, Canadian Bankers Association (CBA) then-president and CEO Neil Parmenter explained how Canada’s financial institutions, inspired by the World Economic Forum, are working to create a national and highly regulated digital identification system.

“Canada is on the cusp of a revolutionary innovation that will transform the way Canadians authenticate themselves online and protect their identity – Digital ID,” Parmenter, who stepped down from his post at the end of 2021, explained in the widely circulated video.

Describing Canada’s plan for the future, Parmenter mentions that a digital ID system will allow Canadians to “identify themselves” to “government, businesses, and to each other electronically, with ease and rock-solid security… [through] one interconnected network.”

According to the “White Paper” written by the CBA about the digital ID system, they say that the WEF has instructed financial institutions globally to push governments toward the direction of a digital ID system. In the CBA’s paper, they also outline the importance of government’s role in creating legislation that would allow for a digital ID system, as well as the necessity of “harnessing the private sector” as a means to spread the system to the entire economy.

With the CBA, Canadian Finance Minister Chrystia Freeland, and Justin Trudeau, all having ties to the WEF, the organization behind the “Great Reset” agenda, a radical plan designed by global elites that “seeks to ‘push the reset button’ on the global economy” and establish a New World Order that seems to closely emulate many aspects of the Chinese Social Credit System, many have signaled that a push to a digitally-dependent world threatens the very existence of the West.

In an op-ed written in the National Post, economic and international affairs expert Rupa Subramanya posits that Freeland’s ties to the WEF are “endangering Canadian democracy” and her connections are a prime example of how “global elites” attempt to “subvert local democracy.”

LifeSiteNews correspondent David James has expressed similar concerns to that of Subramanya, writing, “We live in an era of hyper-transactionalism whereby far more of our daily activities than ever before are subject to monetary exchanges. Most of us are now bound to the globalized monetary system. How it evolves is not just a technical matter; it is about how ultimate power will be exerted.

“To stop control being exclusively in the hands of political and bureaucratic overlords, the best way out is to use cash.”